You are required to study this page correctly. Failure to know your allies and enemies will result in a citation. 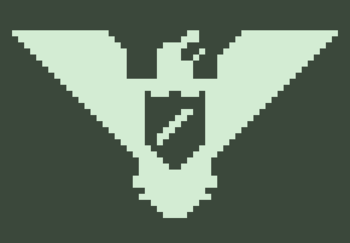 Glory to Arstotzka.
Arstotzka is a communist state bordering Kolechia and Obristan. The country is filled to the brim with poverty and run by an oppressive regime, yet it still boasts some of the best living conditions in the region. 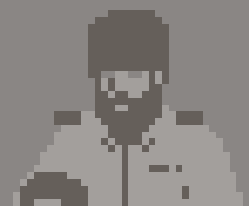 The Inspector, as seen in the family photograph.

The main protagonist of the game. He is in charge of deciding who can enter the country. 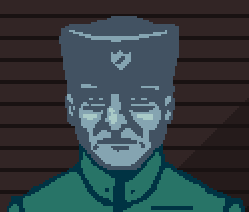 Fellow border guard who strikes a deal with you regarding a cut of his check and how many immigrants you detain. 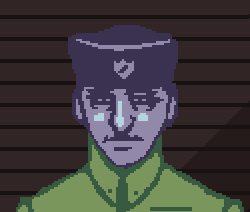 Sergiu, stationed behind you.

A border security guard who is stationed on the Arstotzkan side of the border. He was also born in the same district as the Inspector and claims to have many things in common with him. Sergiu served in the Six Year War and found a girlfriend in Kolechia; whom you can deny or grant access into the country. 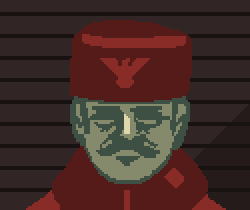 Ministry of Administrative Supervisor.
Your boss. He constantly mocks you for any minor errors.
M. Vonel 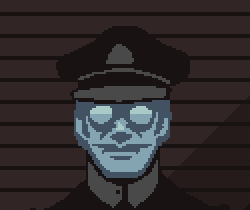 A Political Officer from the Ministry of Information that is investigating EZIC.

The Order of the EZIC Star 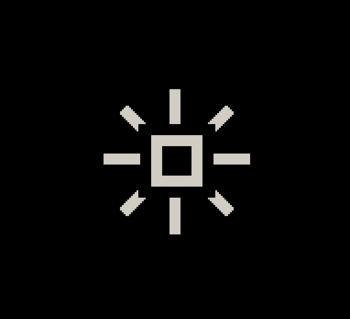 For Arstotzka and the Order.

A mysterious organization that aims to overthrow the Arstotzkan government. 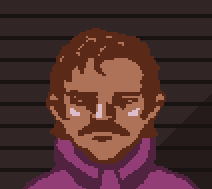 Various Terrorist
Occasionally, there will be terrorist attacks that threatens the order within the West Grestin border (mostly from Kolechia, but possible transgression within the country exist), inevitably cutting the day short. They would occur in a scripted schedule or may sometimes randomly generated to appear after processing several entrants prior. There are three types of terrorist; A single grenadier climbing over the border wall and lobbing a grenade towards the guards before going down, a squadron of motorcyclist from within the border that attacks the guards before bombing your booth, and a suicide bomber that trying to smuggle their bomb into the border before killing themselves in front of the guards. Starting from the Day 16, you were given a standard-issue Tranquilizer gun to subdue the first two types of terrorist attacks, while the latter can be stopped by detaining them if you managed to scan their hidden explosives. Initially, only the suicide bomber were randomly generated. After you receive the tranquilizer, a grenadier might be randomly generated in day 20.
Dari Ludum 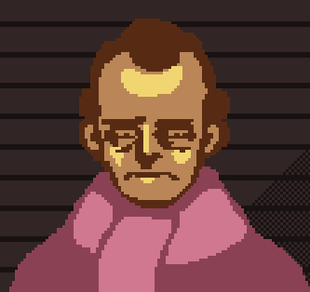 "That little bitch. I break her in two."
An Arstotzkan local who owns the "Pink Vice" Brothel. In reality, he's a human trafficker and has been forcing to kidnapping people into working through his wheels.
Jorji Costava 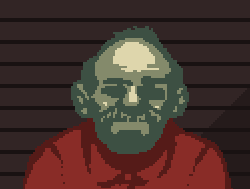 Possibly the friendliest drug dealer you ever met.
A drug smuggler who comes to the Grestin border checkpoint several times. He's the few entrants that will give you a collectible token by fulfilling their tasks, in Jorji's case, letting him enter during the first 11 days.
Shaddy Safadi 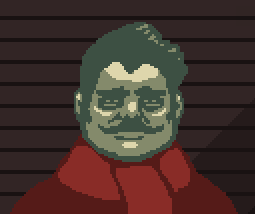 "They must pay well for such obedience, dog!"
A drug smuggler from Obristan attempting to enter Arstotzka.
Simon Wens 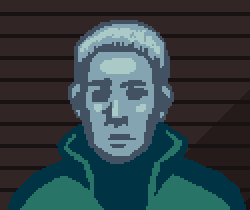 "What the fuck?!"
An Arstotzkan serial child murderer who escapes from prison in the United Fed and tries to cross back home.
Unknown Bomber
A terrorist from an unknown origin, entering the booth only to curse upon the Arstotzka and left a time bomb onto the booth, before immediately running away.
Vince Lestrade 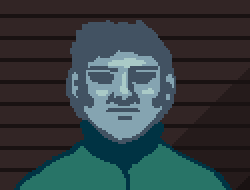 Republia professional track runner. He's on-the-run from the Republia justice system after allegedly killing off his girlfriend in a "jealous rage".

Antegrian Husband and Wife
A loving couple of immigrants from Antegria, fleeing from the Antegrian tyranny. The husband comes in first, with perfect papers, but notifies you of his wife coming in shortly after. The wife has a discrepancy in her papers, and if you let her through anyway, you receive the Antegria token (and a citation).
Antegrian whistleblower
An entrant from Antegria seeking asylum somewhere after exposing the domestic spying within her country. Other than her face, origin country and gender, all of her recorded information is randomly generated.
Danic Lorun 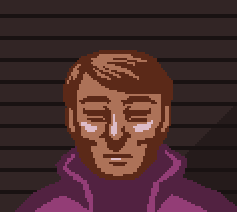 "To prove, i give you something important."
An entrant from Republia. He didn't come with proper papers, so he "entrusted" you with a digital watch, which he claims to be a family heirloom, and asks you to keep it for a few days until he returns with proper papers. Occasionally, there are entrants that want you to buy the watch for a small price, and you can sell it off. He will eventually return and asks for the watch back, as long as you didn't sell it. He's one of the few entrants that will give you the collectible Tokens when completing their tasks, in this case keeping his watch and return it with the money he gave you.
Depressed Kolechian and Love Letter giver
Two entrants related for getting one of the collectible token. The depressed Kolechian is a randomly generated entrant that will lament on their life for the fact that nobody loves them. The love letter giver is an entrant who tried to enter without any documents, only bring a crudely drawn love letter as a bribe to let them in. Both came on the same day in reverse order.
Elisa Kastenja 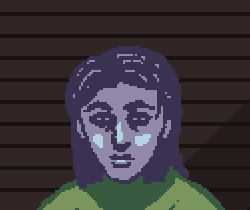 "Do you know Sergiu? He said that you were a friend that you would help."
An entrant from Kolechia and the lover of Sergiu. She will always be missing some documents.
Filipe Hasse 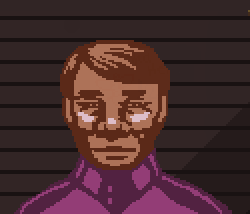 Filipe Hase is an Arstotzkan Citizen and the player for the national soccer team "Arstotzkan Arskickers". He lost his ID card during a match, and "bribes" you for an entry using the team's pennant. If you accepted it, you could hang it on the wall. Later he returns with valid papers but wants you to return the pennant. You can hand his pennant, or simply refuse and detain him on the spot.
Imporian Mother
An entrant from Impor who appears on Day 4, visiting her son who was living in Arstotzka. However, she has an expired entry permit. If you interrogate her about this, but let her through anyway, you get the Impor token (and a citation).
Journalist 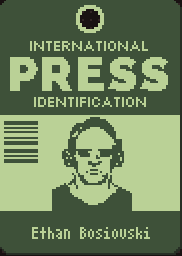 One of the possible press ID card they're so entitled of.
Two randomly-generated journalist entering in two separate days. Both attempted entry with only a passport and a worthless international press identification card.
Khaled Istom
An entrant from Antegria. Doesn't sound suspicious at all, but in reality, he's an assassin hired to kill off some of the EZIC agent that currently resides in Arstotzka. If you've been accepting EZIC orders, you are tasked to poison him by applying a lethal dose of poison powder onto his passport. If he survives and deny his papers prior, the EZIC agent will state that the previously described "Man in Red" is Khaled, and he's making a return. You are tasked to shoot him and made a sacrifice for the order. For convenience, this character tab will also describe the poison used for the assassination and the man in red, even if it isn't Khaled.
Kordon Kallo 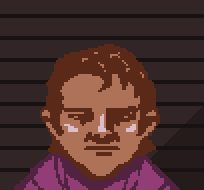 A Kolechian diplomat that was sent by the Kolech government to sort out things in the negotiations regarding a coordinated attack that occurred at the Grestin checkpoint on Day 27. EZIC stated that while they did not partake on any terrorist attacks so far (not until Day 31 anyway), they wanted to take advantage of the situation and tasked you to approve his entry, but confiscate the passport, then give the passport to the impersonator where you will approve the visa and let him in. It's unknown what happened to the real Kallo after the entry, but if you do help EZIC, the next day newspaper shows that the impersonator takes the action and made a ruckus during the negotiation, ensuring no one will hinder their progress.
Messof Anegovych 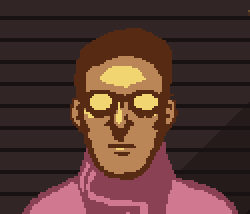 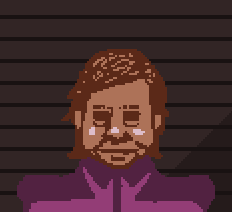 "How is Dimitri? I heard he runs checkpoint now."
A diplomat from Kolechia, except her diplomatic authorization does not include Arstotzka. It's implied that she and Dimitri are lovers.
The Vengeful Father 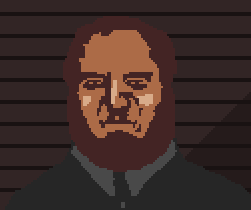 "She was just a little girl"
A vengeful man implied from United Federation driven by revenge to kill Simon Wens. He's one of the characters that will give you a collectible token if you completed his task. 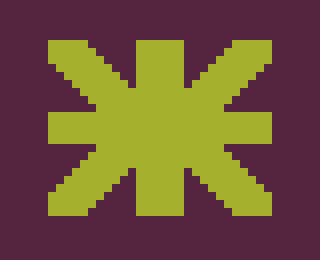 For Kolechia!
Arstotzka's neighbouring country and arch-nemesis. The two of them recently fought a bloody civil war, and the Inspector's checkpoint is located in a city that is divided between the countries.
Obristan 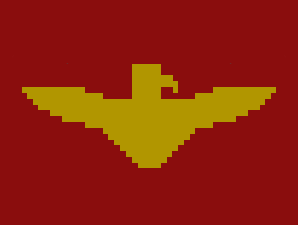 Obristan above all.
Large country bordering Arstotzka to the north.
Republia 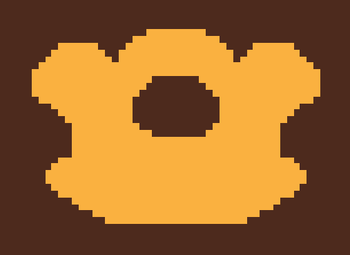 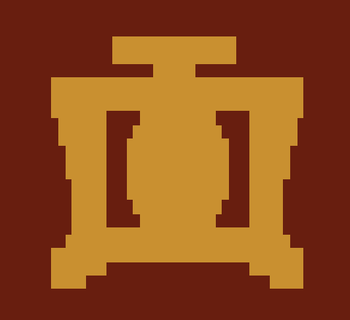 This country is based on Japan, where Lucas Pope lived in when he developed Papers, Please.
United Federation 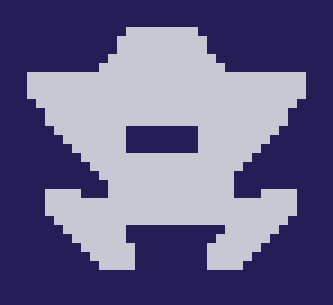 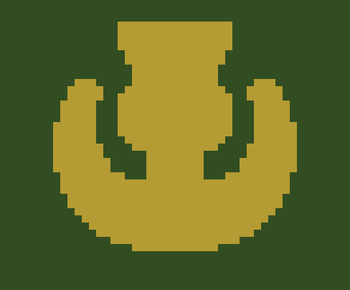 A landlocked country bordered by Republia, Kolechia, United Federation, and Obristan. Their regime is extremely oppressive, even by local standards, and has very bad relations with their southern neighbor, Republia.