"We are the true masters of this world. We are the Organization!"

The most powerful criminal organization of the 23rd century, consisting of unauthorized chrononauts traveling in time to steal items of historical value.

The three, nameless leaders who are in charge of the Organization, they consist in a tall, imposing member cloaked in a mantle, a sarcastic scrawny cyborg and a woman in purple. 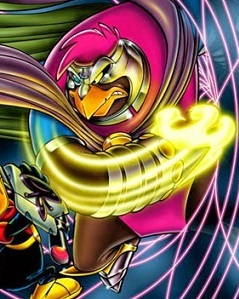 "Raider" is a title used by the greatest time pirate of the Organization, and he is the current one in Paperinik New Adventures. A time traveling thief who steals valuables from the past, and sometimes attempts to change history. Over the course of time he becomes more of an ally to Paperinik. 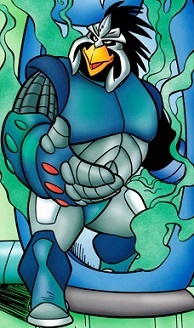 The former Raider in Paperinik New Adventures, and the one and only in Pikappa.

First appearance: Paperinik New Adventures #33 "The Day that Will Come" 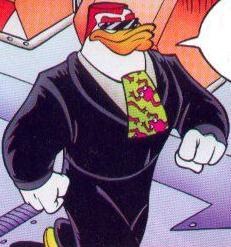 A droid who works for the Organization. 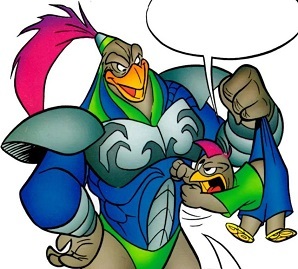 The evil future version of Trip, the Raider's son. Following the death of the Raider, the Organization adopts Trip and convinces him that Paperinik is responsible for his father's death. Becomes the greatest time pirate the Organization has ever had.