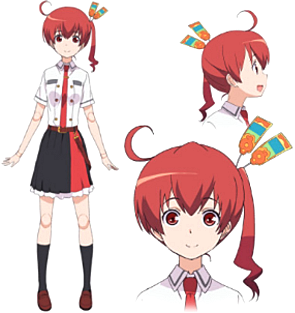 A girl visiting her aunt in Cenancle Island, Nene is one of the few people in the world to own a full-body prosthesis. She meets Uzal and Clarion on the trip to the island, and after getting involved with the chaos that BUER causes, finds herself Clarion's new "owner" and caretaker. 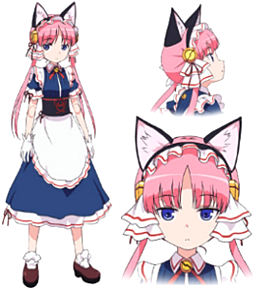 Uzal's long-suffering assistant, Clarion is another full-body cyborg like Nene. Unlike Nene, her body's been specially modified to hold Uzal's Pandora System, which can grant mastery of a wide array of skills. She eventually joins Nene, when the latter becomes her new registered "owner" care of Uzal. 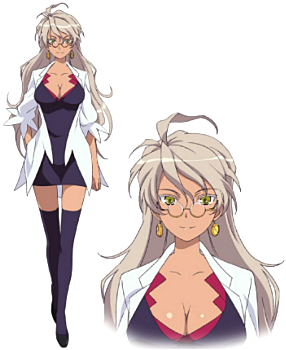 It's all her fault, by the way.

Clarion's "master" and owner prior to Nene, Uzal is a well-known personality on Cenancle Island, being both an inventor who contributed to the island's known infrastructure and a philanthropist. At least, at least as far as the public is concerned anyway, but as Nene soon finds out, there's a whole lot about Uzal's private affairs that would be considered ethically dubious. It is under her final command that Clarion is placed under Nene's care. 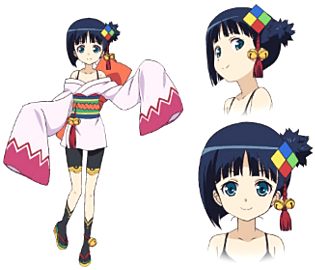 Nene's aunt, who's a contemporary of Uzal. Much like Uzal, she's a bit quirky and strange. She holds major stakes in many of the private enterprises located in Cenancle Island.

A giant boring robot owned by Uzal's company that possesses a giant laser. While its main body resembles a giant eyeball, its Central Nervous Unit, which detaches itself after the main body is shut down, takes the form a gentlemanly but perverted lion-esque creature with three legs.

A "security adviser" from Imperial Americana brought in to monitor Cenancle Island's stability. He is secretly trying to gain access to BUER's main body, and the constant network disruptions experienced by the island are an indirect result of his subordinates trying to hack through BUER's systems.

A high-ranking member of the Cenancle Defense Force. He spends his free time out of uniform helping out the folk in Cenancle,

A television reporter who always get interrupted before she can state her name.

A combat robot that serves as Kurtz's personal bodyguard.