Only spoilers for the most recent season of Hardcore are covered below. Be cautioned.

Throughout the entire series 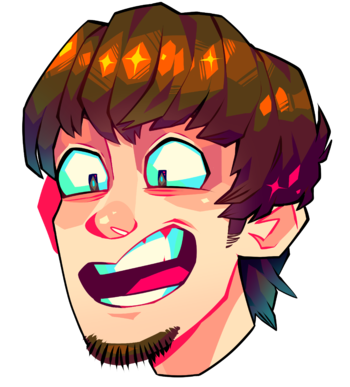 The main host of Hardcore. More info on him can be found on his primary page. 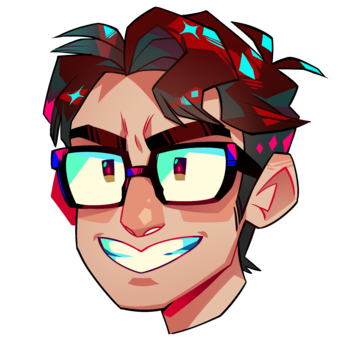 A friend of PBG and crew. 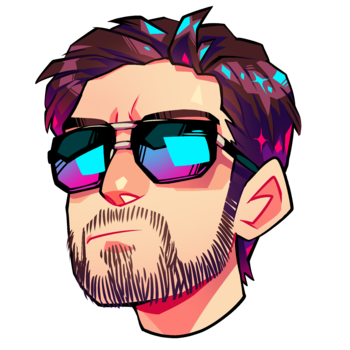 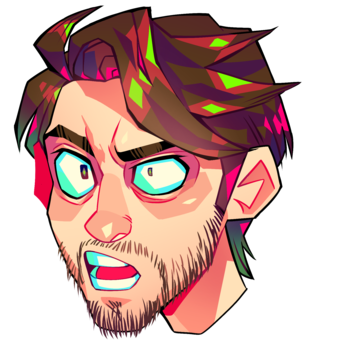 Co-host of the PBGGameplay channel's sister show PB & Jeff and affiliate from Hidden Block. Began as a guest star, before being promoted to a series regular. His channel can be found here 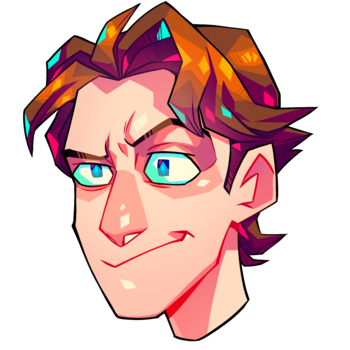 A former Normal Boots affiliate. More information on him can be found on his own page. 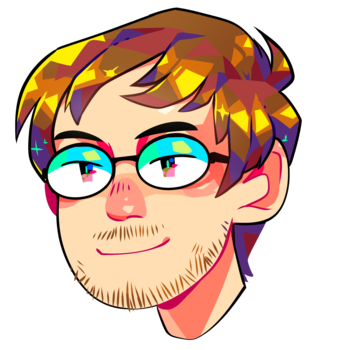 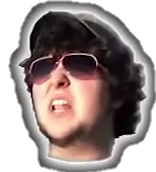 A Normal Boots affiliate to PBG. More information can be found on his own page. 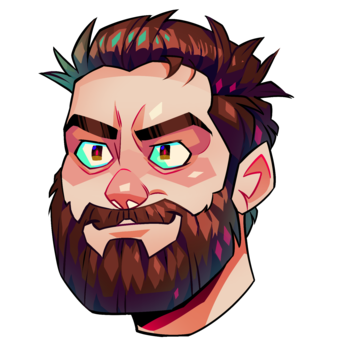 A Normal Boots affiliate and good friend of PBG. More information on him can be found on his own page. 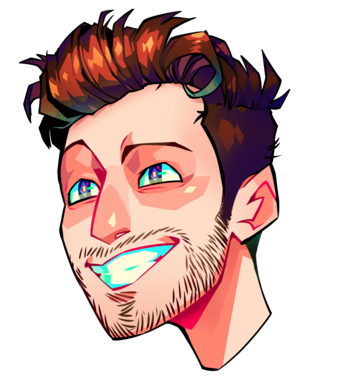 If one can be both a lover and a fighter, then one is Luke. He looks out for the team above all else, adventuring carefully and alert. While the group pushes on ahead, Luke covers escape routes, watches for ambushes, and says encouraging things in his famously pleasant voice.
"Follow your dreams."
Appears in: Terraria #3 | Starbound | Minecraft #7
Usernames: Yungtown (Terraria #3) | TweetTown (Starbound) | Yungtown2 (Minecraft #7)
Minecraft character: Santa Claus
Starbound Race: Avian
Furthest episodes Lasted: Terraria #3 - 24/24, Starbound - 26/26
Earliest episode died: Minecraft #7 - 14/19
Total length of survival: 93% - 64/69

A fellow Hidden Block affiliate. His page can be found here. 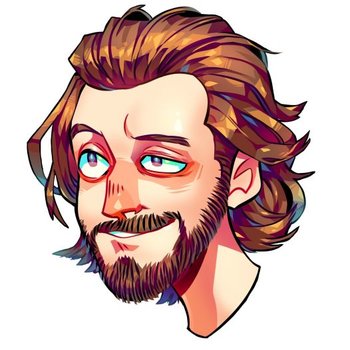 A fellow web critic affiliated with Hidden Block. More info on him can be found on his own page. 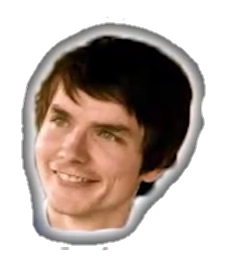 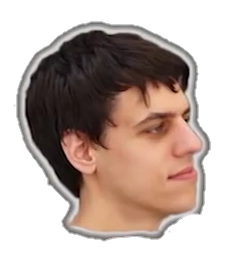 So far the only Normal Boots affiliate and guest star representing the web show Continue?, whose page is chronicled here. 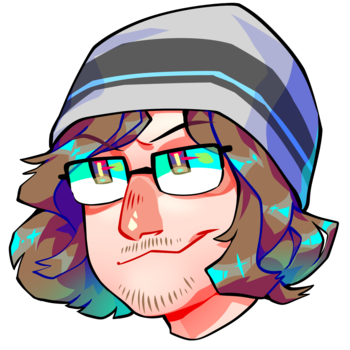 Jon’s known far and wide for his ability to play a massive variety of games, and he brings that competence to Hardcore as well. No stranger to self-proficiency, Jon’s keen to travel solo, quietly finding ways to achieve on his own what would elsewise take many.
"The explorer inside of me says this is a good idea."
Appears in: Terraria #2 | Terraria #3 | Minecraft NB #1
Usernames: ProtonJon (Terraria #2) | Proton Jon (Terraria #3) | Proton_Jon (Minecraft)
Minecraft Character: RosaJon
Furthest episode lasted: Terraria #2 - 19/23, Minecraft NB #1 - 16/16
Earliest episode died: Terraria #3 - 11/24
Total length of survival: 73% - 46/63

An experienced Let's Player and streamer, as well as one of the two representatives from Let's Play group The Runaway Guys alongside NintendoCapriSun. His page can be found here. 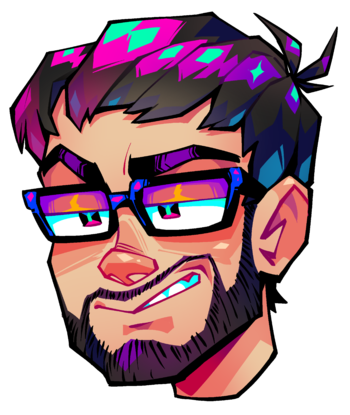 Ray’s the boisterous and confident explorer who can get himself into terrible situations as deftly as he escapes them. I say confident, but he’s so deadpan it’s difficult to tell if he’s bluffing. He’s thoroughly capable in all areas of adventure, but greed can sometimes get the best of him.
"Dude, nice meme."
Appears in: Minecraft #5 | Minecraft #7
Username: naMnworB
Minecraft characters: Miror B. (Minecraft #5) | Jorji Costava (Minecraft #7)
Furthest episode: Minecraft #5 - 15/23, Minecraft #7 - 15/19
Total length of survival: 71% - 30/42

A former Achievement Hunter member and popular Twitch streamer. More info on him can be found on his creator page. 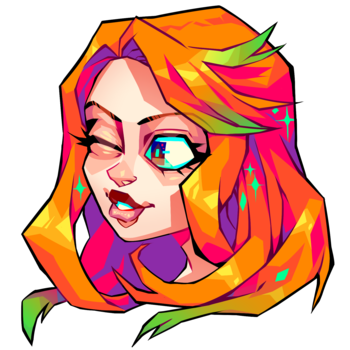 Over the top and quick of wit, Lucahjin’s here to bring laughter in any way she can. While she’s new to the adventure, she’s done her research and has learned plenty about the road ahead. Think of Lucah as the bard of the group! Which may or may not include actual singing.
"I'mma make me a tungsten toilet!"
Appears in: Terraria #3 | Starbound | Minecraft NB #1
Username: Lucahjin (Terraria and Starbound) | lucahjin (Minecraft)
Starbound Race: Human
Minecraft characters: Horse Lawyer (Minecraft NB #1)
Furthest episode: Terraria #3 - 24/24, Starbound - 26/26
Earliest episode died: Minecraft NB #1 - 10/16
Total length of survival: 90% - 60/66

A friend of several Hidden Block members and a Let's Player. Her page can be found here. 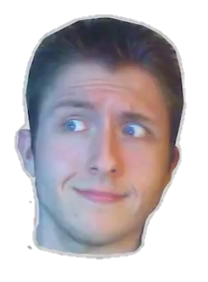 A friend of PBG and Jirard. 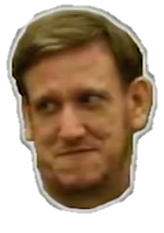 One of the two representatives from Let's Play group The Runaway Guys alongside ProtonJon. His page can be found here. 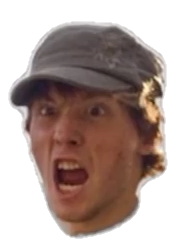 A friend of PBG's who often appeared as a guest in his old videos on his main channel. 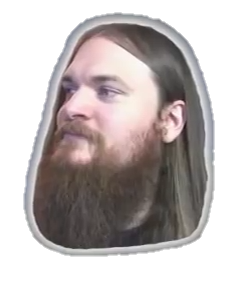 A YouTube personality and a cappella musician. More info on him can be found here. 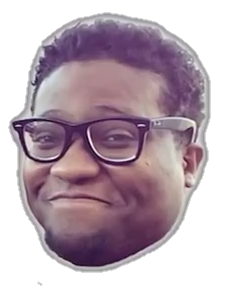 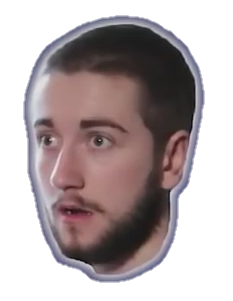 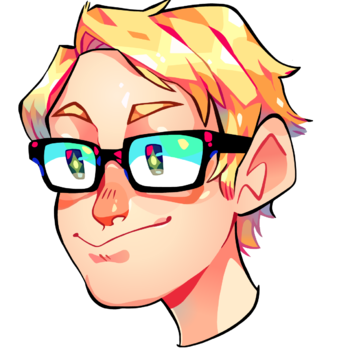 We've had some good yellers on Hardcore before, but none match the caliber of a hearty Chadtronic shout. That being said, Chad keeps a level head and aware eye, playing the midfield of defending his friends and attacking his enemies at the right times. And then yelling after.
"That was a solid four seconds of entertainment."
Appears in: Minecraft #6 | Minecraft NB #1
Username: Chadtronic
Minecraft character: Barney (Minecraft #6) | Garfield (Minecraft NB #1)
Furthest episode: Minecraft #6 - 17/17
Earliest episode died: Minecraft NB #1 - 7/13
Total length of survival: 72% - 24/33

A variety Youtuber and friend of PBG's. His page can be found here. 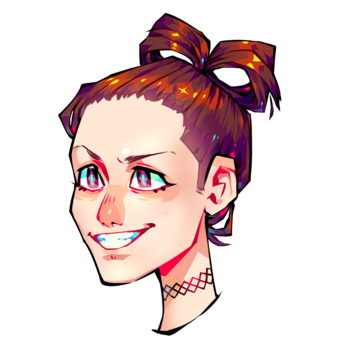 The greenest of Minecrafters despite playing it *before* it was cool, Dodger just wants to mine, man. She's quick to excite and quick to fight! It can be difficult to tell if she's screaming in terror, hilarity, or joy at times, but certainly all three are appreciated.
"Stop following me, ya bitch."
Appears in: Minecraft #6
Username: Dexbonus
Minecraft character: Bilbo Baggins
Furthest episode: Minecraft #6 - 10/11, 14/17
Total length of survival: 76% - 13/17

A vlogger and co-host of TheCoOptionalPodcast. Her page can be found here. 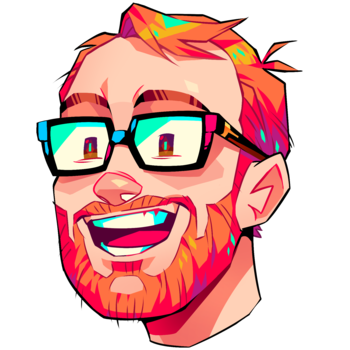 Though the Hardcore group has been around quite some time, Jesse is the first to truly assume the role of "thief". Hijinks and Shenanigans abound, he'll take any opportunity to snag vital resources for his team. Or more likely, his house.
"Castle Von Jessenstein. It's going to huge, it's going to be beautiful, and I want you all to be a part of it."
Appears in: Diablo III (Polaris) | Starbound
Usernames: JesseCox (Diablo III) | Coxbot5000 (Starbound)
Diablo character class: Crusader
Starbound Race: Glitch
Furthest episode: Starbound - 26/26
Total length of survival: 100% - 26/26

A gaming Youtuber and another co-host of TheCoOptionalPodcast. His page can be found here.

To be added...
Marlet

To be added...
Camel

To be added...
Slappy Magee

Titantic
To be added...
Gloooo

Fallout 4 ONLY ONE LIFE!