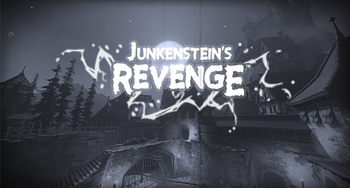 This page relates to characters that appear exclusively in the Overwatch Halloween Terror event, "Junkenstein's Revenge", which takes place in a Story Within a Story in the Overwatch universe. Thus, though the characters share many similarities with their regular story counterparts, they can be considered entirely different people.

NOTE: Costume tropes can be split between here and the main entry, since the actual character still wears them in the true game. 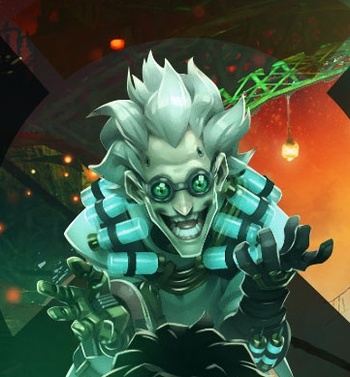 "You will all regret the day you laughed at Dr. Jamison Junkenstein!"
Portrayed by: Jamison "Junkrat" Fawkes [Dr. Junkenstein]
The Reaper 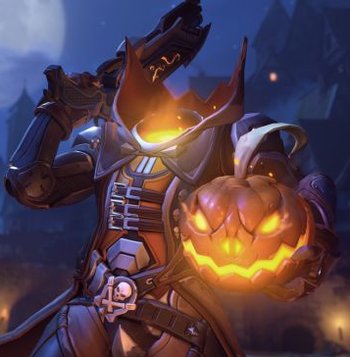 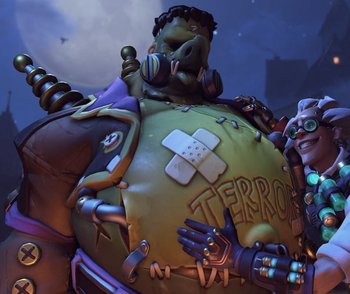 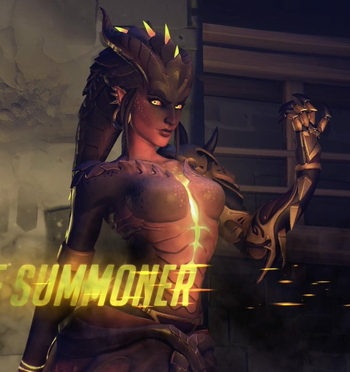 The Witch of the Wilds 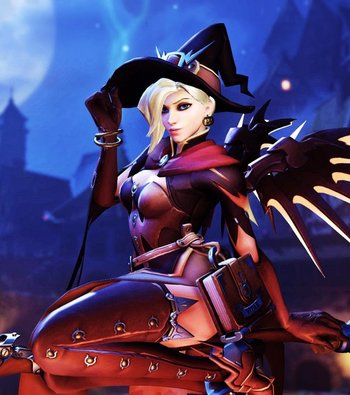 In General
The Soldier
"The nameless soldier, veteran of countless battles."
Portrayed by: Jack "Soldier: 76" Morrison [Commando/ Night Ops: 76]
The Gunslinger
"The wandering gunslinger, seeking adventure."
Portrayed by: Jesse McCree [Van Helsing]
The Archer
"An archer from the East, trying to escape his past."
Portrayed by: Hanzo Shimada [Demon (2016-2019), Dai-Tengu (2020+)]
The Alchemist
"The reclusive alchemist, skilled in the healing arts."
Portrayed by: Ana Amari [Ghoul (2016), Corsair (2017+)]
The Swordsman 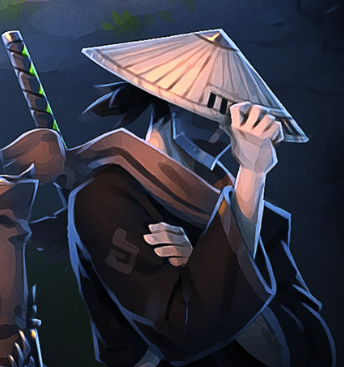 "An enigmatic warrior who wanders the lands."
Portrayed by: Genji Shimada [Oni (before 2020), Karasu-Tengu (2020+)]
The Countess

"A rich and powerful countess, known far and wide as a skilled huntress."
Portrayed by: Amelie "Widowmaker" Lacroix [Comtesse/Huntress]
The Viking 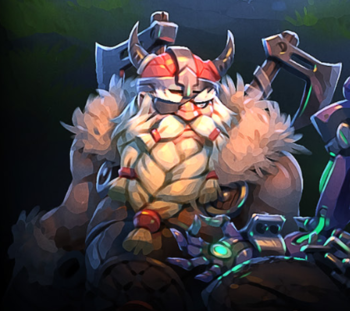 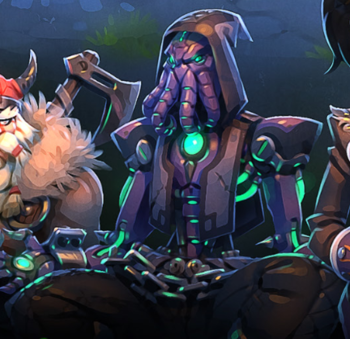 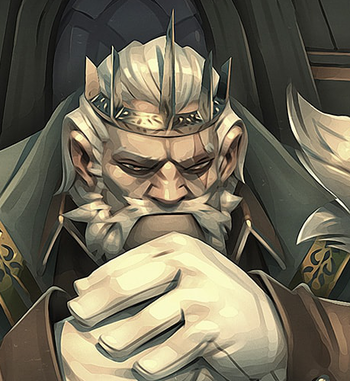 "The Lord was a very handsome and stately ruler, wise and just, but he had no love for the doctor."
Portrayed by: Reinhardt Wilhelm
Zomnics
"...Extraordinary, lifeless automatons."