Base of Operations: Gothenburg, Sweden 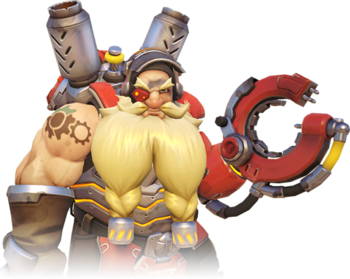 Just kidding. Torbjörn Lindholm is a Swedish former Overwatch Engineer who provided it with some of its finest and most effective technological designs. Before the Omnic Crisis, Torbjörn had gained notoriety for designing weapons systems used by countries around the world. However, his belief that technology must serve a better vision for humanity put him at odds with his employers, who desired to control his weapons using networked computer intelligence.

Torbjörn had a deep mistrust of sentient robotic intelligence, and while many of his peers wrote this off as paranoia, his worst fears were realized when the robot populations of the world turned against their human creators during the Omnic Crisis. Because of his engineering genius, he was recruited to join the original Overwatch strike team, and his many inventions proved integral to ending the crisis. In the years that followed, Overwatch became an international peacekeeping force, and Torbjörn remained a critical resource for all of its technological needs and signature weapons systems.

But in the aftermath of Overwatch's fall, many of Torbjörn's weapons were stolen or stashed away around the world. Feeling responsible for his creations, Torbjörn is determined to stop them from falling into the wrong hands and wreaking havoc on the innocent.

Torbjörn was one of the agents that were recalled to serve Overwatch after Winston reinstated the organization. At the time, he was near Moscow, Russia.

Torbjörn is both able to set his turret at key defensive areas, and engage in the frontlines to take down enemies and support his allies.
Tracer - England

Base of Operations: London, England 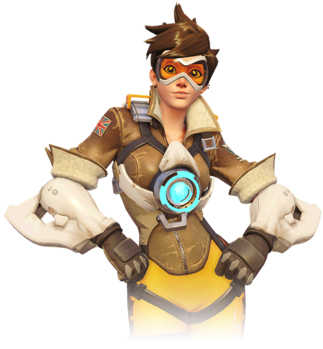 She reappeared months later, but her ordeal had greatly changed her: her molecules had been desynchronized from the flow of time. Suffering from "chronal disassociation," she was a living ghost, disappearing for hours and days at a time. Even for the brief moments she was present, she was unable to maintain physical form.

Overwatch's doctors and scientists were stumped, and Tracer's case seemed hopeless until a scientist named Winston designed the chronal accelerator, a device capable of keeping Tracer anchored in the present. In addition, it gave Tracer the ability to control her own time, allowing her to speed it up and slow it down at will. With her newfound skills, she became one of Overwatch's most effective agents.

Tracer was one of the agents that were recalled to serve Overwatch after Winston reinstated the organization. At the time, she was in King's Row, London, awaiting the ill-fated speech of Omnic monk Tekhartha Mondatta. She was the first to join after being contacted.

Tracer uses her incredible speed to zip around the map, harassing and ambushing foes.
Widowmaker - France

Base of Operations: Annecy, France 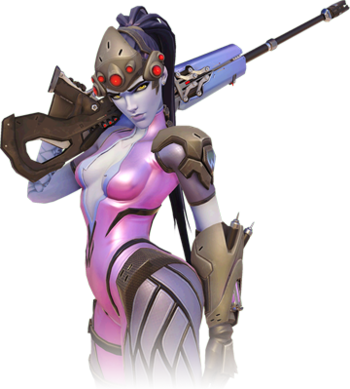 In her former life, Widowmaker was known as Amélie Lacroix, and belonged to the once-influential Guillard family. She was an accomplished ballet dancer married to Gérard Lacroix, an Overwatch agent spearheading operations against the Talon terrorist organization. After several unsuccessful attempts to eliminate Gérard, Talon decided to change its focus to his wife, Amélie. Talon operatives kidnapped her and subjected her to an intense program of neural reconditioning. They broke her will, suppressed her personality, and reprogrammed her as a sleeper agent. She was eventually found by Overwatch agents, apparently none the worse for wear, and returned to her normal life.

Two weeks later, she killed Gérard in his sleep. Afterwards, she returned to Talon, her mission complete. They completed the process of turning her into a living weapon. She was given extensive training in the covert arts, and then her physiology was altered, drastically slowing her heart, which turned her skin cold and blue and numbed her ability to experience human emotion. Amélie was gone. Despite that, there are hints that Amélie's personality still resides within Widowmaker, as she still defends her late husband when someone criticizes him. Regardless, Widowmaker's persona is still dominant.

Widowmaker acts as the game's main sniper, keeping vigil over a friendly objective and swifly dispatching targets who enter her line of sight.