Characters / Over the Hedge 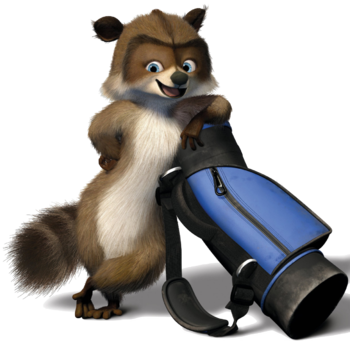 Voiced by: Bruce Willis
A con artist raccoon who uses group of animals to help him gather food for Vincent to replace the stash he accidentally stole, but soon warms up to the group. 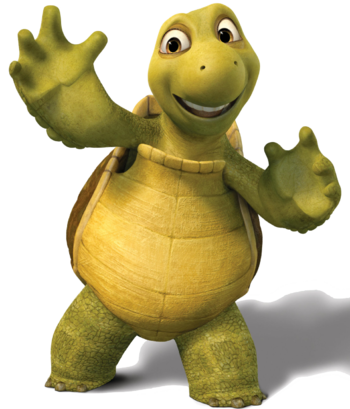 Voiced by: Garry Shandling
A neurotic box turtle who has a suspicious grudge against RJ, unlike the other animals.
Hammy 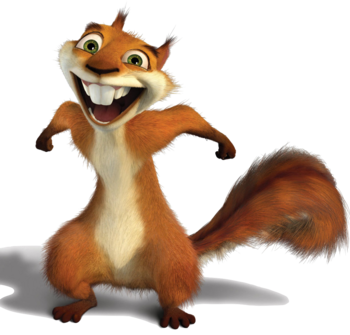 Voiced by: Steve Carell
A hyperactive and boisterous red squirrel whose mouth moves as fast as his feet and loves cookies.
Stella 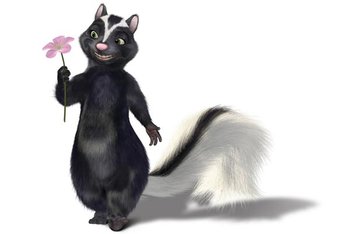 Voiced by: Wanda Sykes
A sassy skunk who is constantly being told by the other foragers that she needs a man in her life.
Ozzie 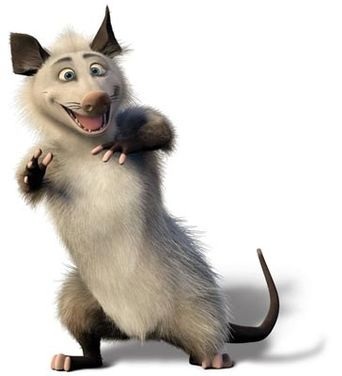 Voiced by: William Shatner
A melodramatic possum who plays dead in response to even the slightest things that happen to him, to his daughter's embarrassment.
Heather 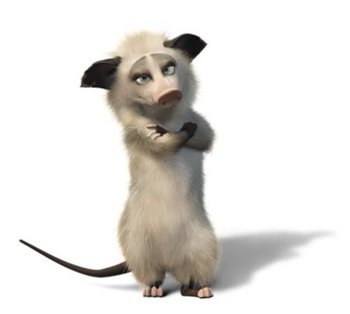 Voiced by: Avril Lavigne
Ozzie's daughter who is embarrassed by her dad's overdramatic tendencies to play dead. 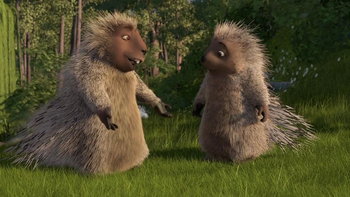 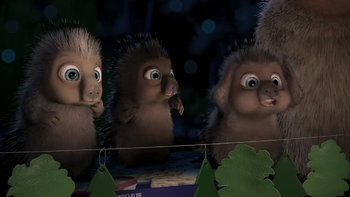 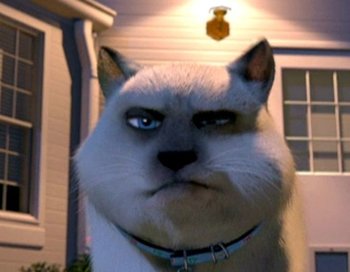 Voiced by :Omid Djalili
A Persian cat owned by Gladys Sharp who can't smell anything. 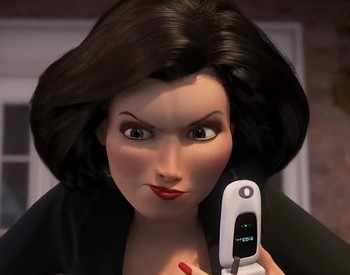 Voiced by: Allison Janney
The president of the Camelot Estates Home Owners Association. She is disgusted by animals and is strict on H.O.A. rules
Dwayne La Fontant 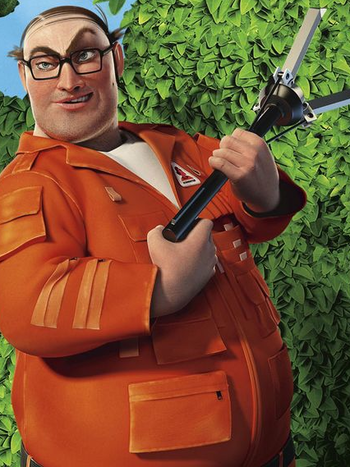 Voiced by: Thomas Haden Church
A exterminator who takes his job extremely seriously. He is hired by Gladys to kill RJ and the gang. 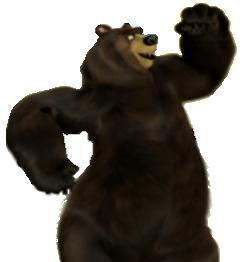 Voiced by: Nick Nolte
A massive black bear who threatens RJ's life if he doesn't get back all the food RJ destroyed.
Nugent
Voiced by: Brian Stepanek
A Rottweiler who really, really wants to play with everyone he sees.