Section about other KND operatives.

Leader of Sector J, a team of Kids Next Door operatives based in Jamaica. Voiced by Keith Ferguson. 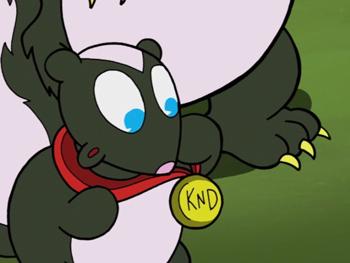 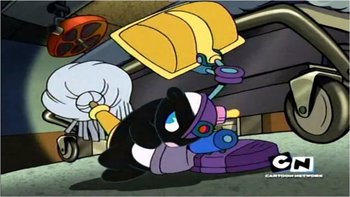 A skunk that Numbuhs 2 and 3 took under their wing since "Operation: C.A.M.P.". After foiling Chester's plan of making a work camp out of an actual kid's camp, he is inducted into the Kids Next Door as an honorary member. After getting critically injured by a truck when attempting to spy on Cree, Numbuh 2 upgrades him into half-skunk, half-robot R.O.B.O.-B.R.A.D.L.E.Y. in "Operation: H.O.S.P.I.T.A.L.". He is voiced by Dee Bradley Baker.

Leader of Sector L and a news anchorman for the KND Nightly News. She is Numbuh 1's cousin who appeared in Operation: COUCH and HOLIDAY. Voiced by Tara Strong.

A member of Sector N who is extremely accident-prone, clumsy and moronic, to the point that his own sector celebrates when he's captured by the adults.

A Kids Next Door operative from the 19th century who was frozen because of an ice cream explosion while trying to steal the recipe for the Annoyingly Cute Triplets Who Lived Upon the Hill's birthday cake. He gets thawed out in modern times, but ends up having to be decommissioned because he's technically not a child anymore. Voiced by Dee Bradley Baker.

An operative from Sector H, who masquerades as an arctic expert despite actually being from the Bahamas. The first non-Sector V operative to appear in the series. 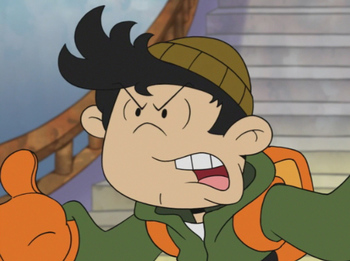 The boy in charge of training new recruits at Kids Next Door Arctic Base, he cuts no slack with new recruits. Voiced by Matt Levin.

A Kids Next Door desk operative who frequently delivers mission specs to Sector V. He works on the Moon Base. Voiced by Dee Bradley Baker.

Numbuh 74.239
Numbuh Seventy Four Point Two Three Nine
"If you honor what your friends are fighting for, you'll make that sacrifice."

A high-ranking Kids Next Door scientist. His technology is what keeps the KND running. Voiced by Dave Wittenberg.

A young, new operative and only female member of Sector W. She went through her KND operative training with Tommy and Lee. Voiced by Janice Kawaye.

"That was most invigorating."

A young, new operative and member of Sector W. He went through his KND operative training with Tommy and Sonia. Voiced by Janice Kawaye. 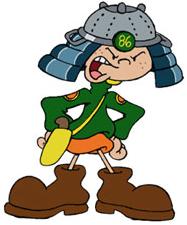 Numbuh Eighty Six / Fanny Fulbright
"Of all the stupid things in the stupid world of stupid people acting stupid, you boys are the stupidliest! It's like you're trying to win a stupid contest but you're too stupid to take a stupidity test!"

The former Head of Decommissioning and current Global Tactics Officer. She's a shrill girl with a particular intolerance for the male sex. But due to her behavior, she has next to no friends. Voiced by Jennifer Hale. 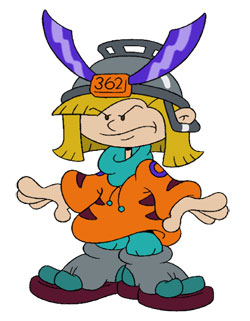 Originally the top spy in the KND, she is now its current Soopreme Leader. Due to her busy and demanding job, she's often stressed, but at heart she stands stubbornly for the rights of kids everywhere, and if the situation arises she can be fun-loving too. Has grown to form a close friendship with Nigel Uno. Voiced by Rachael MacFarlane. 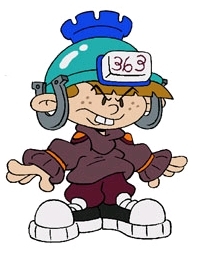 Numbuh 362's younger brother and the leader of Sector W. Unfortunately, he is not very nice to them. Voiced by Jennifer Hale.

"Mr. Uno will find out what he's been chosen for in due time..."

A high ranking KND official whose first and only appearance is in the penultimate episode, Operation T.R.E.A.T.Y. He sets up the treaty intended to stop the hostilities between the KND and the Teenagers, which turns out to be a trap by the Teenagers. Due to him having Numbuh 1 arrested along with 274, the rest of Sector V believes him to be a traitor to the KND. He is eventually revealed to have been fooled as well. He is in fact a member of the splinter cell, and liaison to the Galactic Kids Next Door. Voiced by Phil Lamarr.

The following character's existence was revealed in the GKND teaser video. Spoilers are unmarked. 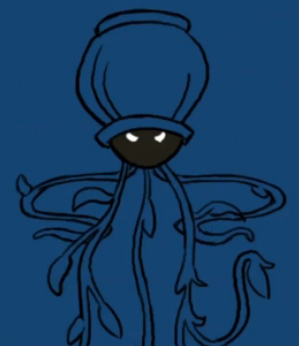 A botanical alien, and an operative of the Galactic Kids Next Door organization. She's first seen contacting Numbuhs 3 and 4 in the GKND teaser video

to warn them about an impending threat to Earth.

...And then her human disguise accidentally activates, revealing that Numbuh Vine is the true form of Lizzie Devine. Thus, everything you thought you knew about Lizzie is flipped completely on its head.