Beware of spoilers. Only spoilers from the current season (7) are whited out.

The CEO of MCC.

The Director of Human Activities in the prison, which held most of the same responsibilities as the warden before MCC took over the prison. Pearson received the job due to his father's senior position at MCC and as a result had no real experience or qualifications for his job. One of his first acts was to force Caputo to rush the new hires on the job with inadequate training as a cost-saving measure.

An MCC employee that works in purchasing.

An MCC employee responsible for the PR after Poussey's death. 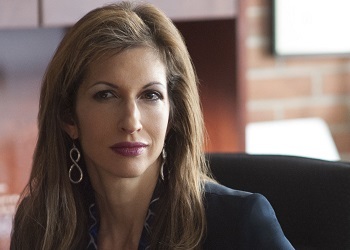 "Do what you have to do, or you're the one who gets fucked in the ass."
Played By: Alysia Reiner
"Why is it so hard for you people to understand? You're like babies. "Where's my present?" "Pay attention to me", "Give me things", " "Fix the heat", "Build a gym". I'm not your goddamn mommy. Grow up!"

At the start of the show, Figueroa is the corrupt prison assistant warden, ranking just below the never-seen warden. Figueroa claims to be a women's advocate for the prisoners but is generally unconcerned with them and refuses to get involved in their problems. Arrogant and condescending, she puts on a tough facade to disguise her own insecurities and somewhat fragile personality. 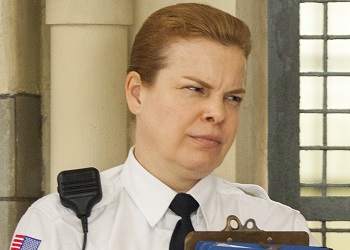 A prison guard, Bell is gruff and displays a general apathy to others. Nonetheless, she tends to be the most professional of the guards and takes her work seriously, especially the occasional visits from the Scared Straight program. During these visits, she displays a much deeper insight into individual inmates' histories and personalities than the other guards. 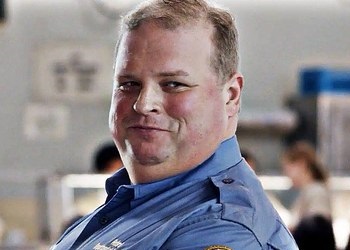 An overweight and generally good-natured prison guard in a relationship with Wanda Bell. He is frequently shown eating, despite claiming to be on different fad diets. 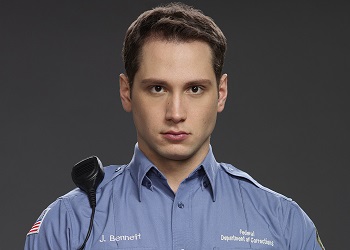 A prison guard and former soldier who is in a secret relationship with Daya.

A female prison guard, she is most often assigned to watch the gate to the prison, allowing approved vendors to deliver goods. While at the gate, she often spends her time reading science fiction books.

A somewhat cranky and curmudgeonly guard who is perpetually worn-out by the antics of the inmates that he has to deal with. Nevertheless, he is surprisingly compassionate and good at dealing with difficult situations - on one occasion, he manages to help Daya recover from a panic attack almost immediately after discovering that she is having one, despite Bennett having spent ages trying to calm her.

One of the guards, he often escorts Morello and Rosa to Rosa's chemo appointments. 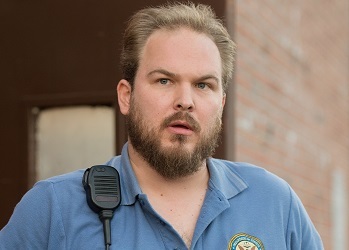 "It's Luschek. Like in 'loose check'."
Played By: Matt Peters

The sarcastic, uncaring and barely competent young prison guard who runs the electrical shop. He displays blatant racism, and generally doesn't care what the women in the shop do as long as they leave him alone, though he develops a friendship with Nichols. His method of teaching repairs tends to consist of handing his inmates a printed manual for the broken appliance and giving them a few minutes to read before sending them off. 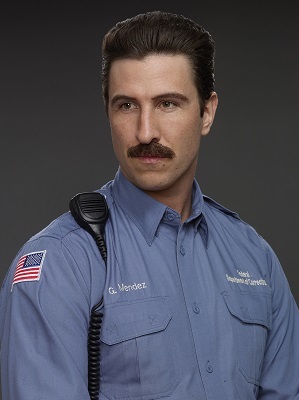 "This shit, that shit, blue shit, bat shit, it doesn't matter what you do. It's the doing that makes you dirty."
Played By: Pablo Schreiber
"They think I'm so tall my feelings don't get hurt."

A corrupt, perverted and seemingly psychopathic prison guard who frequently abuses his authority. He seems to be the most ruthless of all the COs, and is seen sexually assaulting and humiliating the inmates at every opportunity. His personality can be both laughably exaggerated as well as frightening. 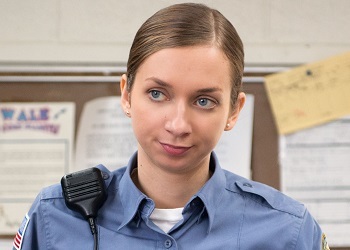 A rookie prison guard, hired onto the prison staff during Piper's time at Litchfield. Fischer used to bag groceries at the store where Piper and Larry shopped, and recalls how Piper used to be a difficult customer. However she is friendly toward Piper, informing her that she does not think any less of her for being in prison, since the only difference between them is that Fischer didn't get caught making mistakes. Piper appreciates her kind words and convinces her to reopen the prison track. She displays a perpetually naïve and cheerful demeanor, which endears some (especially Caputo) and irritates others. She struggles to come across as authoritative and strict, and her attempts to appear tough do not appear to intimidate any of the inmates at the slightest, who on occasion, even admonish Susan in return. 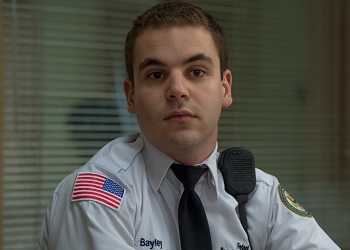 One of the new COs hired after MCC took over the prison. He is nicknamed "Gerber" by Alex upon first seeing him due to his young age. 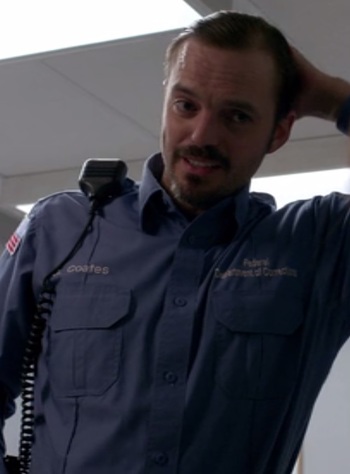 One of the new correctional officers hired after MCC lowers the prison's employment standards. Previously working at a donuts store frequented by O'Neill and Bell, he comes to the prison and becomes friends with Tiffany after being introduced to her for a van errand.

One of the new COs at the prison, she is first seen participating in sexual harassment and self-defense training with the other new hires. 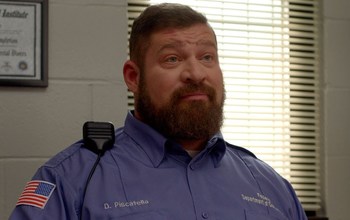 A guard that previously worked in Max. Piscatella responded when the other guards from Litchfield walked out, and his performance impressed Caputo enough to get him appointed as the new captain of the guards. Piscatella is shown to be very strict with his methods, and becomes very unpopular with the inmates. 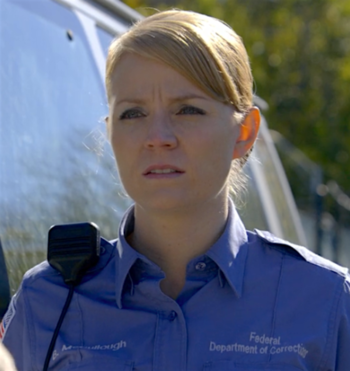 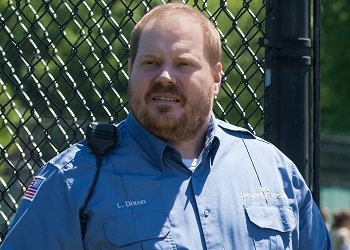 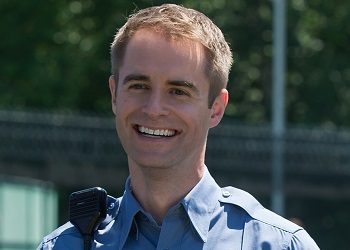 One of the new correctional officers hired under MCC's veterans program. A sadistic, mean-spirited bully, he enjoys playing pranks on and otherwise causing trouble with the inmates.

The new prison counselor. She takes a different approach than Healy in counseling troubled inmates and starts a drama class. She tells Alex that she wants to make a difference in the prison system, which Alex considers noble but futile.

A CO who is heavily invested in Fantasy Inmate.

A CO and self-proclaimed commissioner of Fantasy Inmate.

A CO who has a history with Taystee.

One of the more corrupt CO's at Max
Hopper

Captain of the Maximum security facility of Litchfield Penitentiary.

Head of the ICE detention center where Blanca is held.