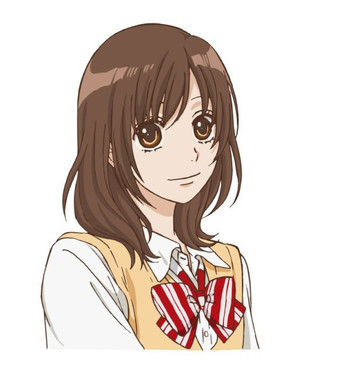 The female lead. She's a first-year high school girl who's determined to make friends. When trying to fit in with a pair of classmates, she starts lying to them about having a boyfriend. For the first two months, they believed her, but were starting to get suspicious when she refused to talk about him in detail and never showed a picture of him. She takes a picture of Kyouya, not realizing that he was a classmate of hers, and subsequently made him her fake boyfriend. In return for his favor, she's forced to do certain tasks for him. 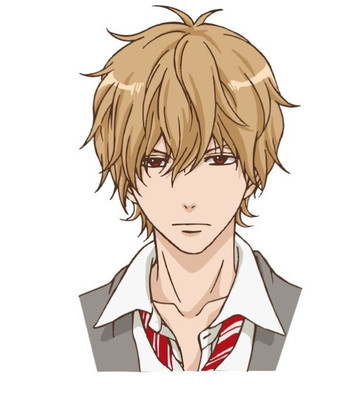 The male lead. He's the most popular guy in the school and is labeled as "The Prince". Erika takes a picture of him, claiming that he's her boyfriend. The day after she takes a picture of him, he overhears a conversation with her friends where he's unofficially announced as Erika's boyfriend. After she explains the situation to him, he agrees, but only if he gets to tell her to do whatever he wants as "composation".

Erika's best friend. She's in the same class as Kyouya.

A shy guy in Erika's class.

Kyouya's best friend. He tries helping Erika in making Kyouya fall for her.

A classmate in Erika and Kyouya's second high school year. He initially thought that he needed to help Kyouya realize that he can spend his days living life by seeing more than one girl at a time.

One of Erika's friends.

One of Erika's friends.

Kyouya's older sister. She lives with her mother in Kobe and often visits her younger brother once or twice a year.

Kyouya and Reika's mother. She moved to Kobe since her divorce and has been regretting her decision to leave Kyouya behind.

The jerk who dates Erika to get revenge at Kyouya.

Erika's maternal cousin, she comes over Erika's residence to study for her high school entrance test.

Erika's father works as an office worker, while her mother is a housewife.

A classmate of Erika, Kyouya, Sanda, and Nozomi during their senior year. She's no-nonsense and doesn't like people taking over jobs for fun.

Erika's middle school friend and the only boy to have confessed to her before Kyouya.