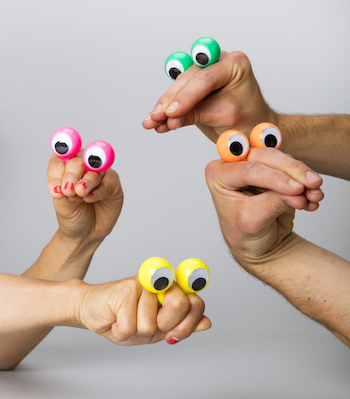 Tropes shared by all of the main characters. 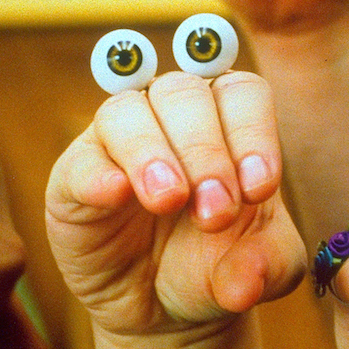 The main character. He is a curious, studious, and motivated school-age hand puppet. He's always willing to try new things or take risks, but can get bashful at times. Unlike most of the other puppets, Oobi has no accessories aside from his iconic pair of acrylic eyes. 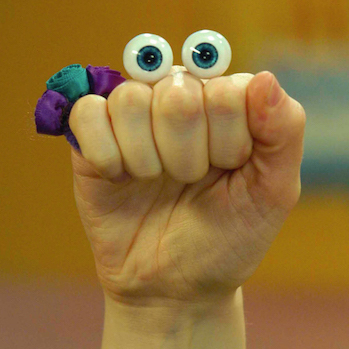 Oobi’s outgoing and overdramatic younger sister who looks up to him as a role model. She wears a barrette on her pinky. She never goes anywhere without Oobi or Grampu, and has trouble adjusting to situations when they aren't around. Uma has a peculiar obsession with chickens and loves to learn new words, although she always mispronounces them. 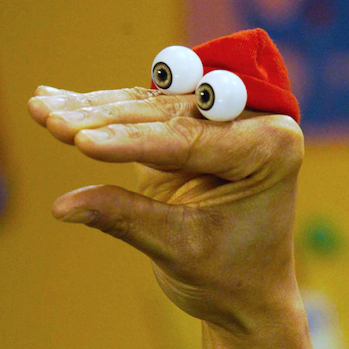 Oobi's goofy best friend who is known for his big ego and constant wisecracks. Although he usually acts eccentric and carefree, he cares deeply for his friends and will often display moments of profound wisdom. He wears a red beanie cap on his knuckles. 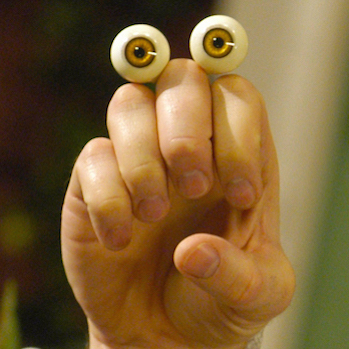 Oobi and Uma's clever, lively, and somewhat hapless grandfather. He takes care of the kids and always has some words of advice for them. No mention is ever made of Grampu's children or children-in-law (Oobi's presumed parents), as the intention was to have the show's main family represent a nontraditional family unit. 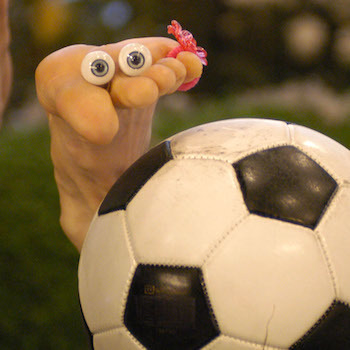 A very close friend of Oobi who just happens to be a foot puppet instead of a hand. She can’t always play the same games as Oobi due to her completely different appearance and lifestyle, but this doesn't stop them from finding ways to play together.

Oobi and Angus's piano teacher. She develops a romantic relationship with Grampu throughout the series and becomes his girlfriend in the later episodes. She has an ambiguous European accent and always wears lots of jewelry.

Oobi's good friend and fellow piano student. He is nerdy and talks with a high-pitched, nasal voice. He is perpetually nervous but has a true talent for singing and performing on stage.