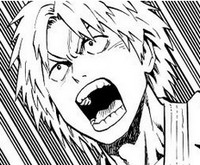 Bang's final remaining student, who failed to make any real progress. He was eventually expelled by Bang for his own protection once Garou conducted his hero hunt, but he rashly attempted to defeat Garou himself and was beaten for it. He then gives his Super Fight ticket to Saitama. 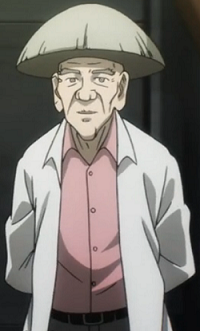 The scientist who agreed to turn Genos into a cyborg four years before the story. He supports Genos with repairs and upgrades to his cyborg body, sharing his goal to see the "mad cyborg" brought to justice. 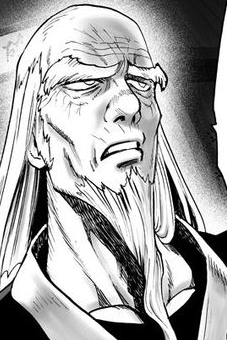 Bang's older brother. He is a martial artist who masters the Whirlwind Iron Cutting Fist Style, and chose to expel hundreds of students to instead help Bang stop Garou.

Metal Bat's younger sister, for whom he has a soft spot.

A young child who loves heroes, and whom Garou uses for his comprehensive Hero Guide. He is later embroiled in the battle with the Monster Association when he's taken hostage.

The son of Narinki, an executive of the Hero Association. His kidnapping spurs the S-Class heroes into taking down the Monster Association. 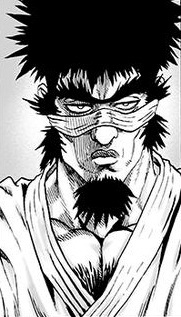 A martial artist and user of the Dark Hell Assassination Style. He is cocky and ruthless, and is said to be a top contender at the Super Fight tournament. He eats three Monster Cells simultaneously to become an estimated Dragon-level threat. 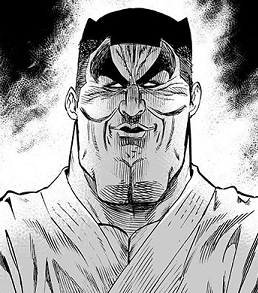 Sourface was once a disciple of Bang, but left after Garou's rampage in the dojo. Sometime afterwards, he created the Sourface Style Martial Arts and started his own dojo. He falls for Saitama's disguise and believes he is Charanko. 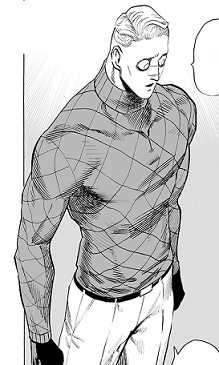 A misanthropic martial artist trained in the Fist Of The Pure Blood Master Race. He eats a Monster Cell and becomes a Demon-level monster, but is defeated.

A martial artist and user of the Harsh Path Style, who eats a Monster Cell to become a monster. He and his dojo were also antagonists in the special chapter "Lobster".

A martial artist and user of the Thunder Thunder Fist, who eats a Monster Cell to become a monster.

A martial artist and user of the Head First Rushing Style. He is humiliated by Saitama. 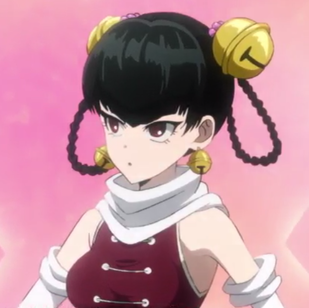 Ring-Ring (or Lin-Lin, depending on translation) is a martial artist and user of the Palm Bell Fist.

A popular boy from Garou's childhood who often bullied him.