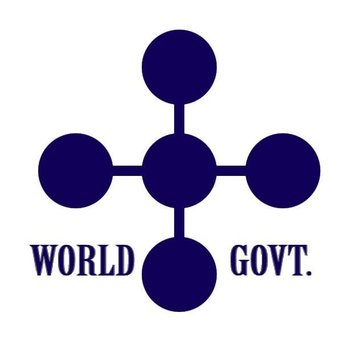 "Look at that symbol, pirates! It represents the unity of more than 170 nations allied across the Four Seas and the Grand Line. It represents the world!!"
—Part of Spandam's speech on what the World Government is, chapter 398
Advertisement:

The World Government is the prevailing political body in the world. It is an organization comprised of the majority of countries in the world (about 170), and was founded by an alliance of 20 kingdoms going back to 800 years ago after the "Void Century," an era lost to history. This huge group is comprised of several organisations: the Marines, seagoing military/law enforcement, the secret services of Cipher Pol, and a judiciary system, all governed by the Five Elder Stars. Yet even with this clear setup of power, some wonder who is truly in charge of the entire grand scheme. They are one of the main antagonist groups in the Series.

While they mainly appear in the background and let the countries govern themselves as they see fit, it is clear that the World Government is not benevolent and mainly seeks to preserve its supremacy across the planet, ruthlessly hunting down anything or anyone that could pose a threat to their power. Moreover, the Government is tied to many shady affairs, as it serves the downright monstrous World Nobles, the decadent descendants of its twenty founding kingdoms, and maintains an implicit Ancient Conspiracy. They are the ones against whom the Revolutionary Army are fighting. 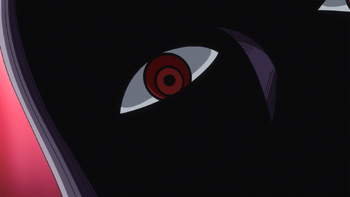 The mysterious individual that the Five Elder Stars answer to. Their very existence is a massive spoiler, so all entries for this character are unmarked.

The Five Elders (Gorosei in Japanese) are the leaders of the World Government, which means that they essentially rule the world. They are a group of five elderly men who have power over the Marines (through the Fleet Admiral, who is constantly in contact with them) and the Cipher Pol. They're also the ones who make deals with pirates who want to become part of the Seven Warlords of the Sea.

So far, none of them have been named, and pretty much any other information about them still remains a mystery despite their significant influence over the story so far. 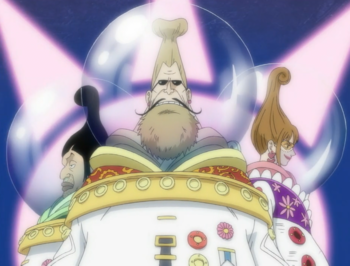 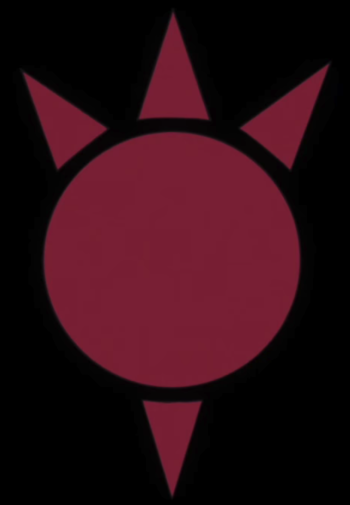 Also known as the Celestial Dragons (Tenryuubito), they are the residents of the Holy Land of Mariejois and descendants of 19 of the 20 Kings who formed the World Government long ago. They're shown as a group of arrogant aristocratics, abusing their authority and keeping slaves with them. Noticeably, they treat everyone lesser than them with great disdain to extremely inhuman levels. Despite being really weak, no one dares to hit a Noble, as they can summon an admiral to their help. So far all the World Nobles shown have bulbous-like hairstyle, wear bubble helmets in order to not breathe the same air as the "lesser people," and their title is "Saint" (or in case of women, "Princess"). 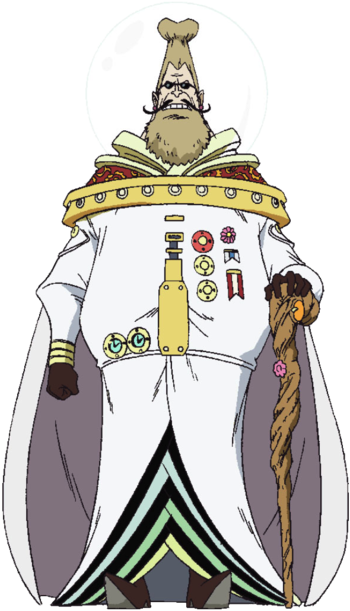 A noble who is the father of Charlos and Shalria.

One of the nobles Zoro encountered in the Sabaody Archipelago arc, though Zoro didn't know who he was at the time and mistook him for a lost stranger looking for directions. He is Shalria's older brother and the son of Roswald, though far more spoiled and bratty than his sibling.

A female noble, who appeared in the Sabaody Archipelago arc. She is the daughter of Roswald, and she shares her people's collective arrogance and depravity. 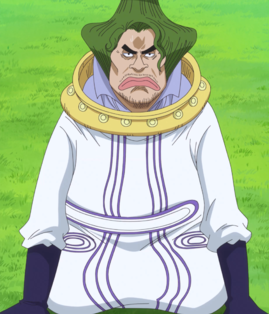 A male World Noble. He visited Fish-Man Island eight years before the story started, in a failed attempt to retrieve his escaped Fishmen slaves. 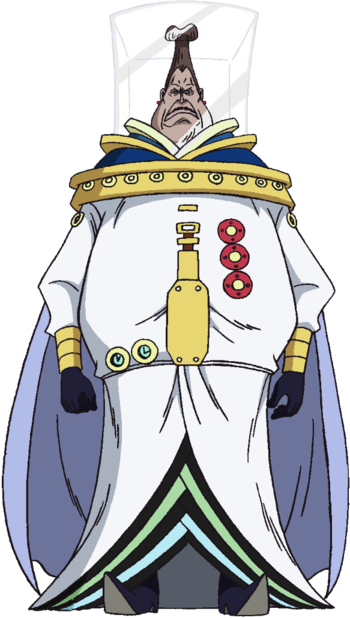 A noble that visited Goa Kingdom ten years before the start of the series, and was the one responsible for sinking Sabo's ship. 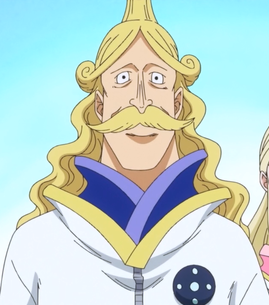 A World Noble who treated commoners much better than the rest of the nobles. He and his family stepped down from their positions before the series began, inadvertently leading to Doflamingo's Start of Darkness. 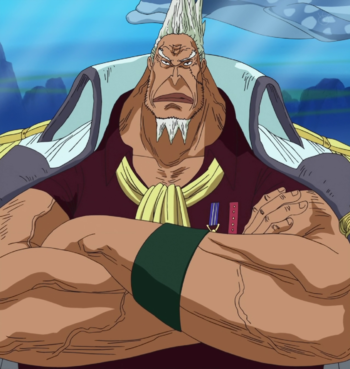 Twenty years ago, at the dawn of the Golden Age of Piracy, Kong was the Fleet Admiral. He's since been promoted. Now one of the most powerful people in the World Government, Kong's authority extends to not just the Marines but the Warlords, espionage agents, Cipher Pols, and Impel Down and Enies Lobby staff as well. 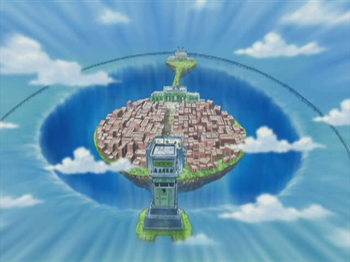 The Judicial Island of Enies Lobby

The hordes of Marines guarding the island of Enies Lobby. Other than 10,000 Mooks, there are the giants Oimo and Kashi, the Watchdog Unit of the Law, the Just Eleven Juryman and the three-headed judge Baskerville.

The great prison of the World Government, where the worst criminals are imprisoned.

To see Impel Down's staff and its prisoners, look here.