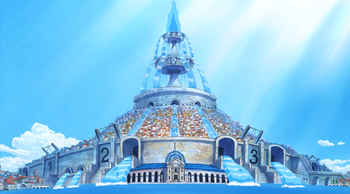 Water 7 is a large city in Paradise where the One Piece world's best shipwrights, especially those working for the Galley-La Company, and Franky, the Straw Hat Pirates’ shipwright, reside or hail from. Instead of roads, it has canals and the inhabitants use a kind of sea horse, called "Bull" to travel through the canals. This town is also famous for being the place where the sea train was invented.

The station where the sea train stops, it is handled by Kokoro and her grandaughter, Chimney.
Kokoro 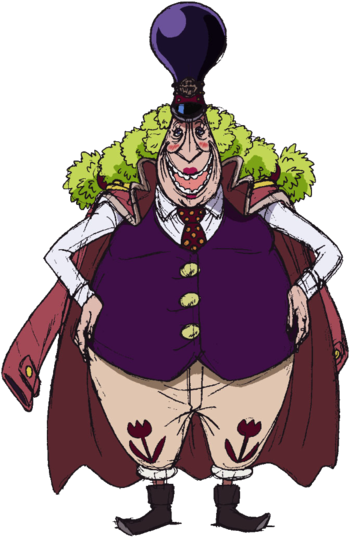 A lighthouse worker on Water 7 perpetually drunk. She meets Straw Hats after they nearly get run over by the Sea Train. She later aids the bunch during their raid on Enies Lobby. It's revealed she was Tom's secretary thus she has ties with Franky and Iceburg, whom she cared for almost as a mother figure. She's also an Icefish mermaid, the first one the crew meet, much to their displeasure. Especially Sanji's. 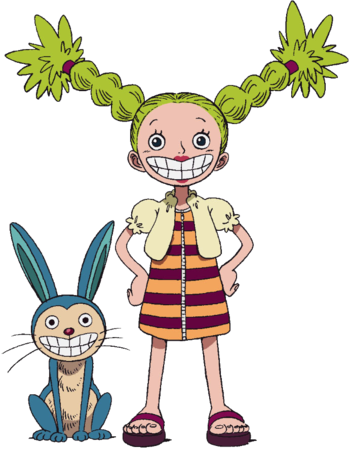 Kokoro's hyperactive, adventure-loving grandaughter and her pet rabbit who thinks he's a cat. After the timeskip, she becomes a train conductor just her grandmother. 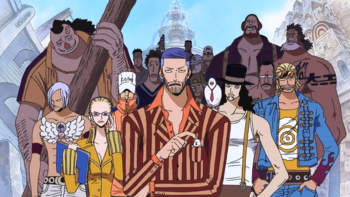 The best company of shipwrights of the world and led by the famous and talented Iceburg. Galley-la Company is a huge organization divided into seven docks with their own workers, and they have contracts from pirates to the World Government, such is their skill at making and repairing ships.

Despite their profession, most of the shipwrights are also hardened fighters who can beat up clients who thinks they can boss Galley-la around, and some of its members allied with the Straw Hats and the Franky Family and fight the World Government and Marines to get even with Cipher Pol 9, who have infiltrated their ranks and worked against Iceburg for many years.

The mayor of Water 7 and former student of Tom. He united the separate shipyards into the Galley-La company which he heads. He was given the blueprint to the ancient warship by Tom and later passes it to Franky to keep it from the World Government. He becomes an ally to the Straw Hats and prep the Rocket Man and patches up Going Merry which is instrumental in the Straw Hats' escape from Enies Lobby. After the events of Enies Lobby, he helps building the Thousand Sunny and convinces Franky to leave with the Straw Hats.

He has recently acquired a new secretary to replace Kalifa, who is revealed a Cipher Pol agent. Her replacement is a precocious girl who is surprisingly very good at the job and beat out all the other applicants for the position. 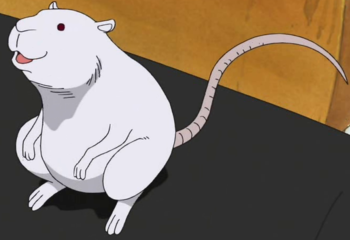 Iceburg's pet mouse. He's always in his master's pocket and, during Iceburg's convalescence, Tyrannosaurus remains next to him.

After Kalifa is revealed to be a mole of the World Government, Iceburg searches for a new secretary and, among the many candidates, he picks this young girl.

There are seven docks in Galley-La Company, each with its own workers and shipwrights, and Dock One is considered the most prestigious, with its shipwrights said to be the best workers of the company.
Paulie

One of the five Dock One foreman of Galley-La Company, specializing in rigging, knots and mast. Paulie is a rough man with a gambling addiction that causes him to be constantly in debt, but also the most prominent of the five foreman. He, along with the rest of Galley-La, allies himself with the Straw Hats on their invasion of Enies Lobby. He fights using ropes in a complex fashion called Rope Action.

During the Time Skip, he's promoted to vice president of the company.

One of the fire foremen of Dock one, specializing in pitch, bolt tackle and blacksmithing. Unlike the rest of Galley-La, Lulu is very quiet and rarely talks. He fights using any kind of weapon, including carpenter tools, swords and guns. 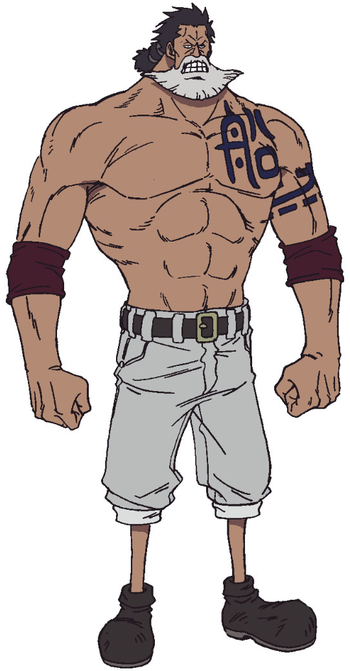 One of the five Dock One foremen of Galley-La, specializing in cabinetry, caulking and flag making. Tilestone is a large, muscular and loud man who can't speak without shouting out loud. He primarily fights using large weapons like a demi-cannon or a large hammer. 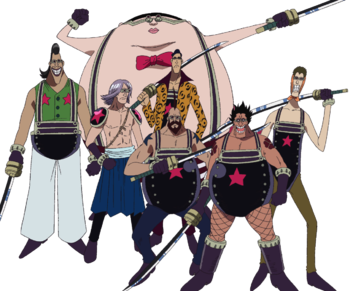 A bunch of thugs from Water Seven led by Franky. They work as bounty hunters in order to keep pirates at bay and also dismantle ships. They first appear as enemies, where they steal the crew's money and lynch Usopp, but are soundly beaten to a pulp by the Straw Hats. When Franky is kidnapped by Cipher Pol 9, they allied with the Straw Hats to rescue Franky and Robin in Enies Lobby. The most notable members include Zanbei and the Square Sisters. They also have two huge King Bulls called Sodom and Gomorrah at their service.

After Franky leaves them to join the Straw Hats, the Franky Family has begun a new career as legitimate ship wreckers. 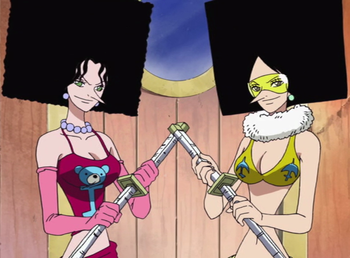 Known as "the square sisters" because of their hairstyle, they act as backup singers for Franky, whom they're very loyal to, by staying next to him wherever he goes and mimicking his poses. They can also fight with a katana.

After Franky has left the Franky Family, they've begun working in a bar. 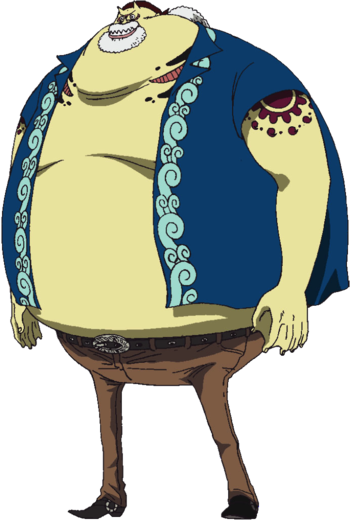 "There's nothing good, and nothing bad in building a ship, no matter what kind of ship it is. I don't care what kind of ships you build from now on!! But, no matter who gets injured by the ships you build, even if it looks like they'll destroy the world, you're the one who gave them life!! You, at least, have to love them!!! The one who created them must not deny them!!! Don't blame the ships!!! Men should puff out their chests with pride and a BOOM!!!... over the ships they build!!!"
—Chapter 356

A huge long-horned cowfish Fish-man and a legendary shipwright from Water Seven. He adopted Iceburg and Cutty Flam/Franky. He was the one who built Gold Roger's ship, the Oro Jackson, and thus was sentenced to Impel Down for having done so. However, he asked for time in order to build the Sea Train, an innovative device that would have changed the fate of Water Seven. They gave him ten years to complete the project, Tom managed to complete the project in fourteen years, getting extra time to add more rails, and was pardoned of his "crimes". Unfortunately he and his apprentices were framed by Spandam. He took the responsibility for the accident and was sent to Impel Down, where he faced execution.