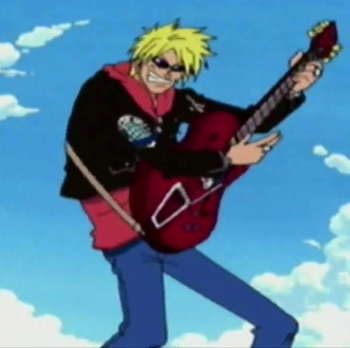 A reporter for a newspaper called the Blueberry Times who likewise is a guitarist. He's the main catalyst for the game, Treasure Battle, by challenging Luffy to a round of games. He also shows up in Ocean Dreams as a cameo. 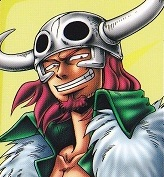 The Big Bad of One Piece Round the Land, was a member of Dorry and Brogy's crew before getting lost during a terrible storm. Not knowing the fate of his companions, he tries to use the Legend of the Blue to realize his wish, and forces the Straw Hat Pirates to help him. He also has eaten the Mini-Mini Fruit (Mini Mini no Mi, yes the same fruit Lily has), which allows him to shrink at will.

The Big Bad of One Piece game Big Secret Treasure of the Seven Phantom Islands. He has eaten the Rustle-Rustle Fruit (Pasa Pasa no Mi), a Logia type that allows him to turn into paper. 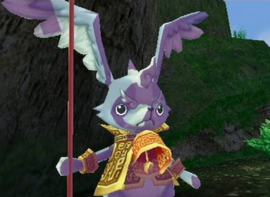 Secondary character of the videogame One Piece: Unlimited Adventure. He's a cute rabbit-wolf hybrid with mystical powers. He's the guardian of the Island, tasked to prevent the awakening of the Evil Guardian. 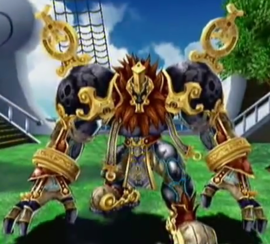 The Big Bad of Unlimited Adventure. A monster created by the dark thoughts and feelings of the Island's former inhabitants. After being accidentally freed by the Straw Hats, it turns into the Evil Master Beast but is eventually destroyed for good. 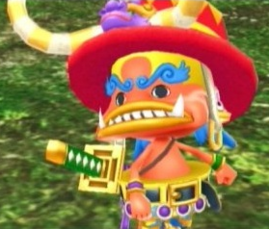 A small imp-like spirit seen in Unlimited Cruise. A loyal servant of the Great Tree, his purpose is to test the Straw Hats and turn into a present suitable for them.

A creature created from the Great Tree who judged the Straw Hats as evil after witnessing the memories of Blackbeard. Is the Final Boss of both acts of Unlimited Cruise, in the latter being present as the Demon of Doom. 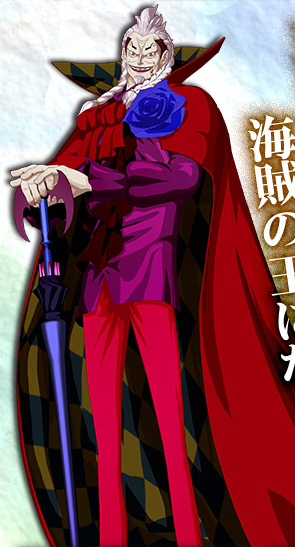 The main antagonist of the 3DS game One Piece: Unlimited World Red. He is one of the Level 6 prisoners released from Impel Down due to Blackbeard. Like Z, he was designed by Oda for the game. 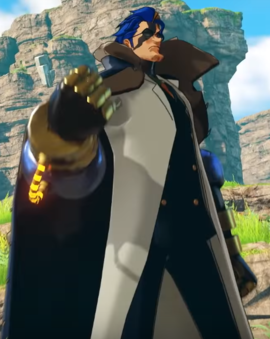 Main antagonist of World Seeker. A scientist and former Marine who wardens over Prison Island. 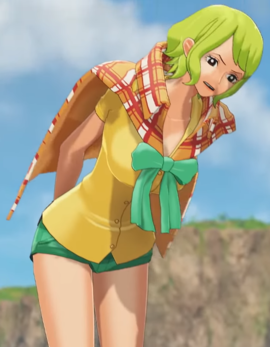 A resident of Jail Island and leader of the "Anti-Marines" seeking to the take it back from Isaac.

A resident of Jail Island who lives in the same neighborhood as Jeanne. His deceased father made a map of the sky portions of the island, and ran afoul of the Marines in the past. Roule dreams of becoming an adventurer.