The crews captained by the members of the Eleven Supernovas. They are all recent pirate crews that have quickly gained infamy in the first half of the Grand Line.

To see their captains, look at the Eleven Supernovas page. 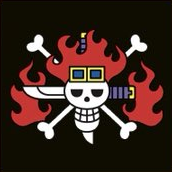 Their ship is the Victoria Punk and they have a Combined bounty of at least 670,000,000 Berries.

A member of the Kid Pirates loyal to his captain.

A stoic member of the Kid Pirates.

In General
The crew of Basil Hawkins. Has a religion/mysticism motif. The only named person so far is Faust, a cat mink.
Faust 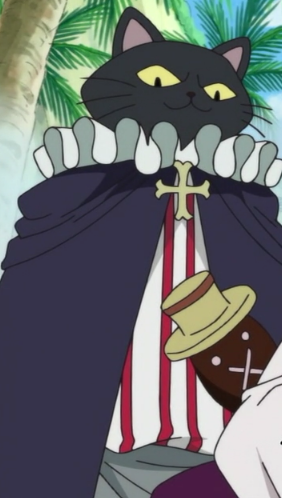 Faust is a cat Mink and a member of the Hawkins Pirates. He was born in the North Blue, and is the only known Mink to not have originated from Zou.

In General
The crew of X. Drake. 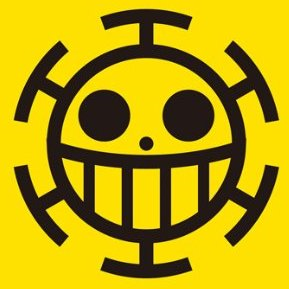 Trafalgar Law's pirate crew. First introduced during the Sabaody Archipelago arc, the crew is rather small, with their post time-skip numbers being twenty people other than Law. Notable members include Bepo, a Polar Bear Mink, Penguin and Shachi, a pair that frequently follow Law around, and Jean Bart, a former pirate captain released from slavery.

A polar bear mink and the navigator of the Heart Pirates as well as one of the four founding members. 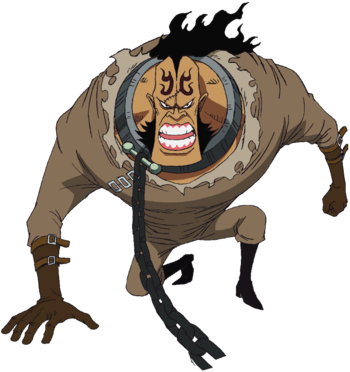 A pirate who is introduced as Saint Roswald's slave. After being freed by Law he serves under the Heart Pirates.

In General
The crew of Scratchmen Apoo.

In General
The crew of Jewelry Bonney. 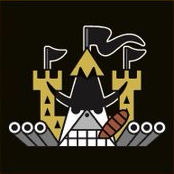 Capone "Gang" Bege's pirate crew, resembling a mafia family in both appearance and organization. The crew appears to be extremely loyal to their captain, and base their power around Bege's Devil Fruit abilities to lethal effect. At some point during the time skip, they fell under the command of Big Mom. Notable members include Vito and Gotti.

The advisor for the Firetank Pirates. 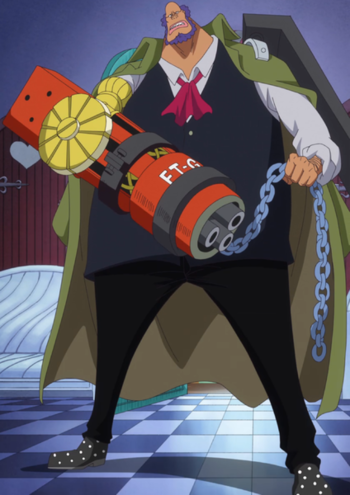 An assassin in the Firetank Pirates. 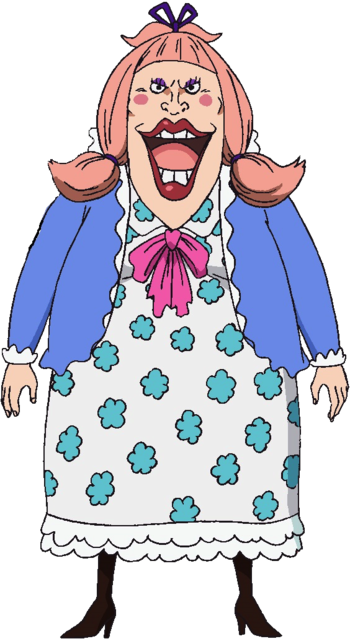 "It's easy to say "thank you for saving Lola" with words. But when those you're indebted to are in trouble? That's when the real truth of that "thanks" is tested! Live with honor! That's what they always say, right, darlin?"

The 22nd daughter of the Charlotte Family and Totto Land's Minister of Puffs. She's the older twin sister of Lola, whom the Straw Hats met at Thriller Bark. She was arranged to marry Capone Bege, captain of the Firetank Pirates, to seal an alliance between them and the Big Mom Pirates, and together they've had a son named Pez. 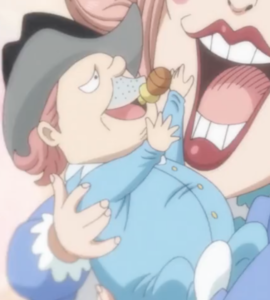 The infant son of Capone Bege and Charlotte Chiffon, as well as the grandson of Charlotte Linlin and Pound.

In General
The crew of Urouge.