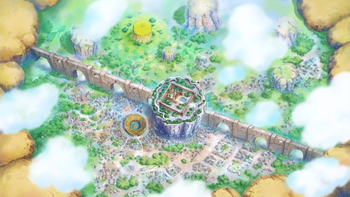 An island within the New World and one of the Twenty Kingdoms of the World Government. The country is famed for its Colosseum, flower fields, food, living toys, and passionate women. There is also the myth of "fairies" that live in the country and take people's belongings. Dressrosa was previously ruled by the Riku Family until they were overthrown by the current king, Donquixote Doflamingo.

After Luffy defeats Doflamingo, the Riku Family reclaim the throne. 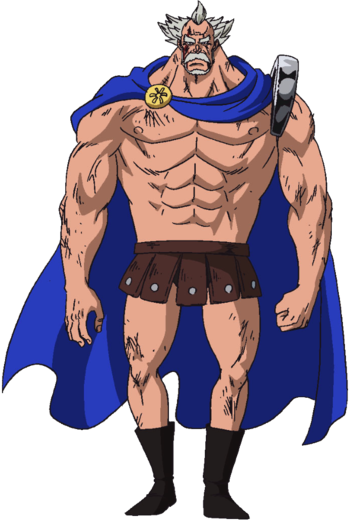 "I did my best to be a good man, if I could only survive by ending a life, I would rather chose death of my own free will."

A mysterious gladiator who joined the Dressrosa tournament at Corrida Colosseum. Later he turns out to be the former King of Dressrosa in disguise.

Scarlett was former Crowned Princess of Dressrosa, Kyros's wife, Rebecca's mother, and Viola's older sister. She was killed when her daughter was only a child.

A beautiful dancer from Dressrosa, who Sanji met shortly after the crew arrived on the island. She has eaten the Glare-Glare Fruit (Giro Giro no Mi), a Devil Fruit that allows her to see through people, both literally and figuratively. But there's more to her than what she looks like...

A prideful female warrior who has joined the Dressrosa tournament at Corrida Colosseum, with intentions of winning the Flame-Flame Fruit and killing Doflamingo. In the end, she didn't succeed, but she did help the others. Like Violet, Rebecca's past has personal ties with the royal family and those connected with her. 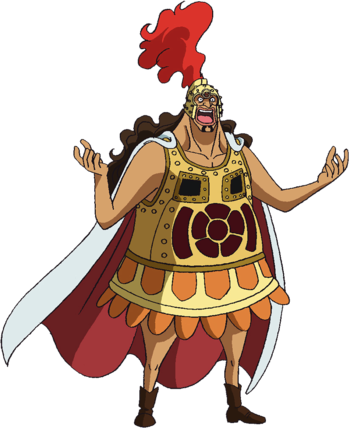 The announcer and commentator of the Corrida Colosseum Tournament.

In General
The various gladiators and other fighters participating in the Corrida Colosseum Tournament to get their hands on the Flame-Flame Fruit.
King Elizabello II 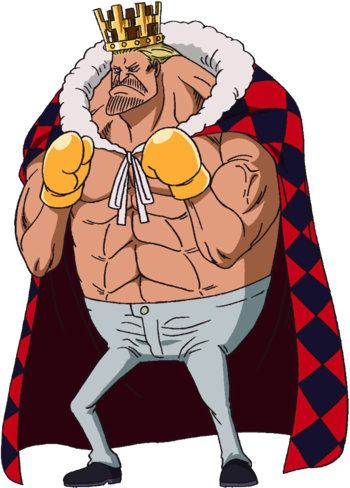 The king of Prodence Kingdom, and also one of the fighters who joined as a gladiator at the Corrida Colosseum to compete for the Flame-Flame Fruit. 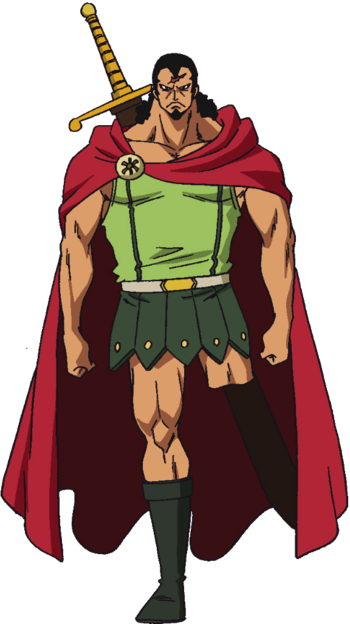 "Even toys have things they want to protect. But no tears will fall from these tin eyes..."

A one-legged toy soldier, who is also a criminal in Dressrosa. He has a grudge against Doflamingo, and offers to help Franky take down his Smile factory. He's later revealed to actually be Kyros, the legendary champion of the Corrida Colosseum and Rebecca's father. In the past, he used to be a violent criminal, until king Riku talked him into a better person. After saving Scarlett, Riku's eldest daughter, she fell in love with him and the two had a secret marriage.

Kyros is a formidable warrior, arguably the best of all Dressrosa. He's very loyal to Riku and cares a lot for his daughter, for whom he wishes to not take his path as a killer.

In General
A hidden tribe of Dwarves that live on the island Green Bit just off of Dressrosa. Being so small they fit in someone's palm yet faster than the eye can see, they can remain unseen by the people of Dressrosa and are believed to be fairies. They are lead by Gancho and their warrior Leo. Despite their freakish strength, the Dwarves are incredibly gullible and the Donquixote Pirates have used that to exploit some of them as well as captured their Princess Mansherry. Thus their comrades are working to rebel against Doflamingo.
Princess Mansherry 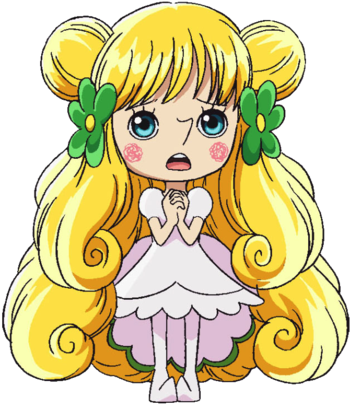 The princess of the Tontatta, the Dwarf tribe that live on Green Bit, next to Dressrosa. She was captured by Doflamingo because of her healing and restoration abilities granted by the Heal-Heal Fruit (Chiyu Chiyu no Mi), which made her an important asset for Doflamingo's operations, and is kept hostage to force the Tontattas to work for them.Mansherry is adorable even by dwarf standards, with long golden hair and large eyes, and no one can resist her cuteness, and is very nice to everyone but Leo, for whom she has a crush obvious to everyone but Leo himself.