This character sheet is for all the animals who appear in multiple media in the 101 Dalmatians franchise. 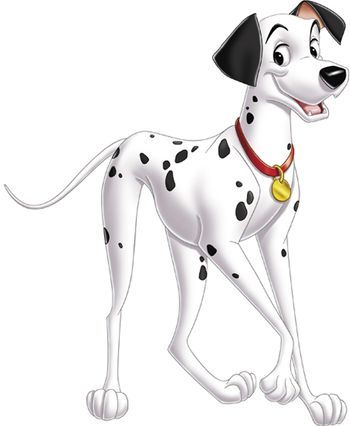 "My story begins in London, not so very long ago. And yet so much has happened since then, that it seems more like an eternity."
Voiced by: Rod Taylor (101 Dalmatians), Kevin Schon (101 Dalmatians TV series), Samuel West (Patch's London Adventure 2003 sequel), Michael Bell (House of Mouse)
Dubbed by: Roger Carel (original film), Bruno Choël (sequel) (European French)

Pongo is the protagonist in 101 Dalmatians. He is the husband of Perdita and father of 15 puppies and adopted father of 84 more puppies. 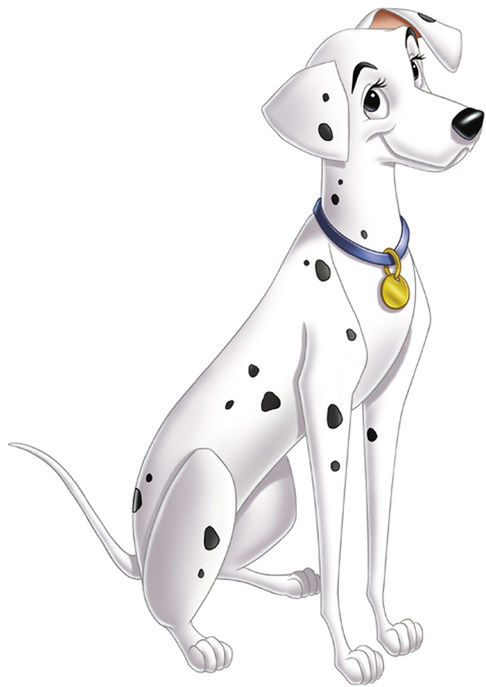 Perdita is the deuteragonist of 101 Dalmatians. She is the pet of Anita, wife of Pongo, and the mother of fifteen Dalmatian puppies as well as adoptive mother of other eighty-four puppies. 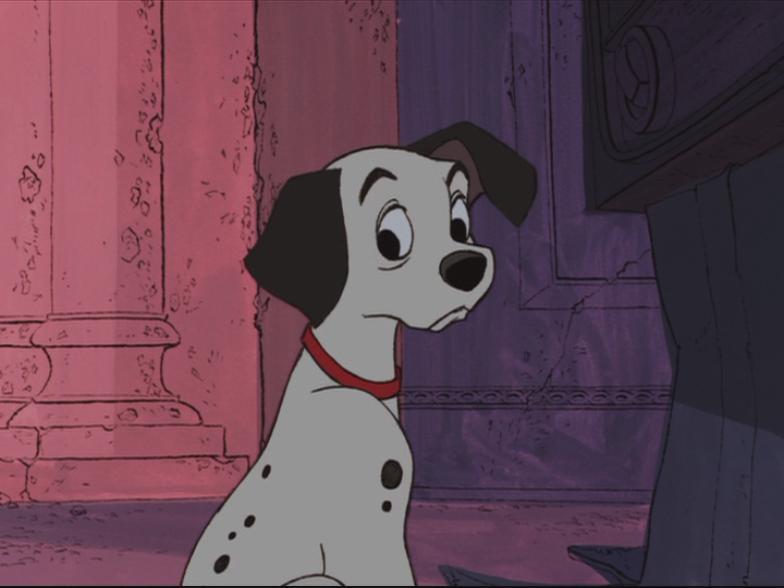 Lucky is one of Pongo and Perdita's fifteen puppies. He is the puppy who nearly dies soon after his birth in both the animated and live-action films, but was revived through the efforts of Roger Radcliffe. Afterward, he was one of the weakest puppies, and was a rival to the more active Patch. Lucky is usually seen sitting in front of the television, and has a tendency to stand in front of it. In general, he is seen to be more of a follower than a leader. 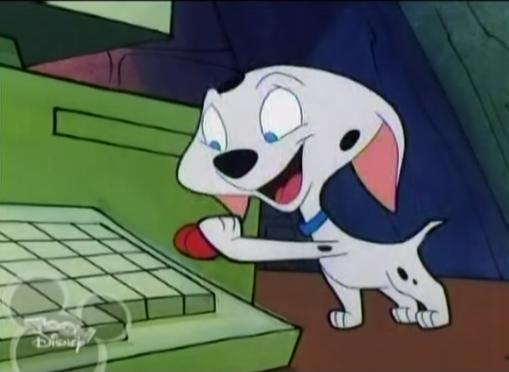 "Oh forgive me, chosen one. And if it weren't for my total commitment to world peace, I'd kick your sorry little...!"
Voiced by: Kath Soucie

Cadpig is the runt of her litter and she is the smallest dog on the farm. She is very much into New Age philosophies and does her best to promote her ideals and spread goodwill throughout the world. While her small stature has prevented her from obtaining the same level of strength as her brothers and sisters, she is much more learned than them and has a better understanding of the world. 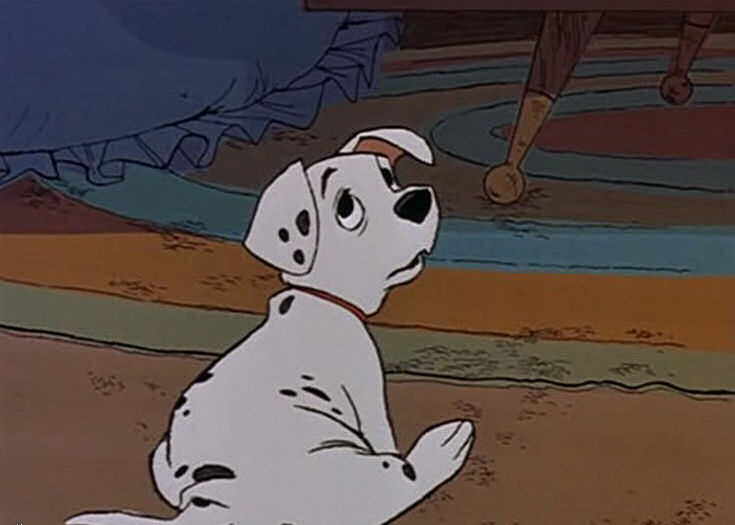 Rolly is known for his excessively large appetite. He can be gentle and care-free at times but after his family, food may be his true love. 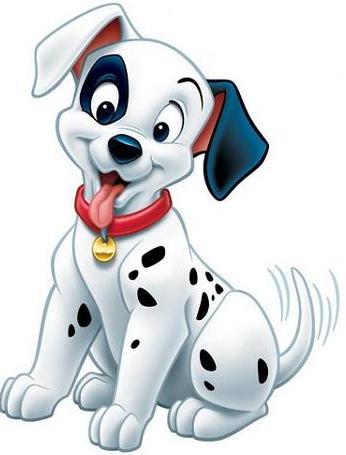 Patch is one Pongo and Perdita's original fifteen Dalmatian puppies. He feels lonely and left out with his family, thinking that he's just one of the famous 101 Dalmatians, and longs for a chance to be one-of-a-kind.

Penny is one of Pongo and Perdita's original fifteen puppies in the 101 Dalmatians franchise.

"I always wanted to get good and dirty!"
Voiced by: Unknown

Freckles is one of Pongo and Perdita's original fifteen puppies in the 101 Dalmatians franchise.

Whizzer (or Wizzer) is one of Pongo and Perdita's puppies in the 101 Dalmatians franchise. 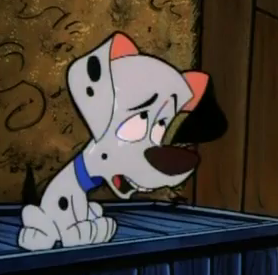 Not exactly the brightest...
Voiced by: Jeff Bennett (video game) 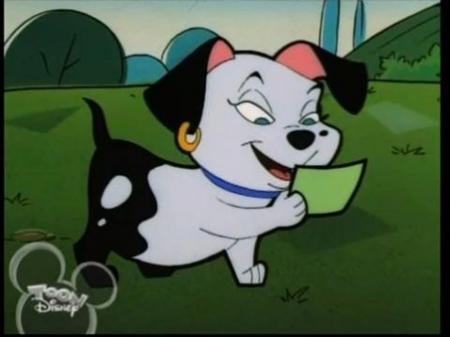 Two-Tone is one of the original fifteen puppies of Pongo and Perdita. She has one side of her body covered with spots, whilst on the other side is blank. Also, her ear is black on the side with spots on it, whilst on the spotless side her ear is white.

Other dogs and animals 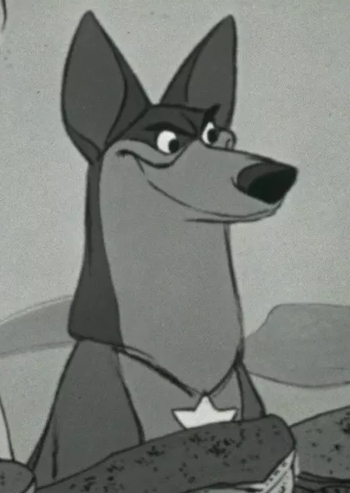 Voiced by: Frank Welker (101 Dalmatians: The Series), Barry Bostwick (101 Dalmatians II: Patch's London Adventure)
A rather long-winded canine actor whose show the puppies watch every evening. Patch in particular looks up to him for his TV bravery. In both the series and the sequel, the puppies become acquainted with Thunderbolt as a person, and the German Shepherd befriends Patch in the latter.
Colonel 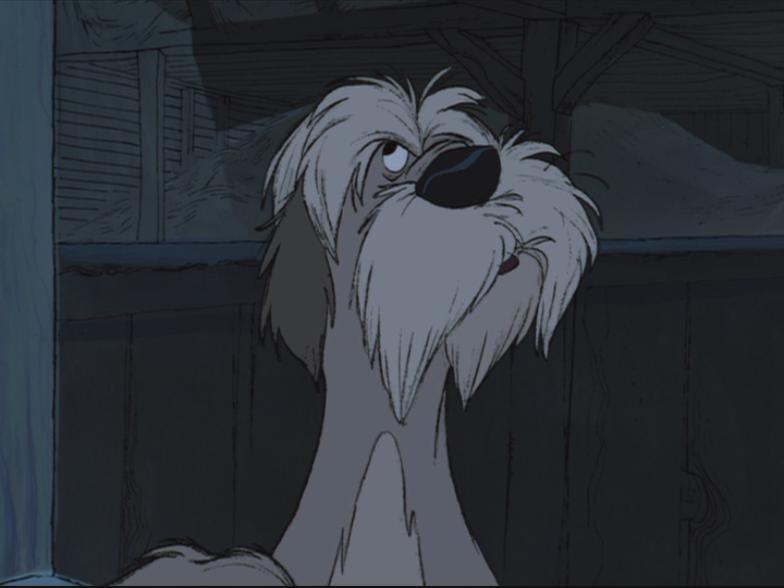 The Colonel is an Old English Sheepdog from 101 Dalmatians. He is an ally to Pongo and Perdita, as he assists in the rescue of the Dalmatian Puppies. 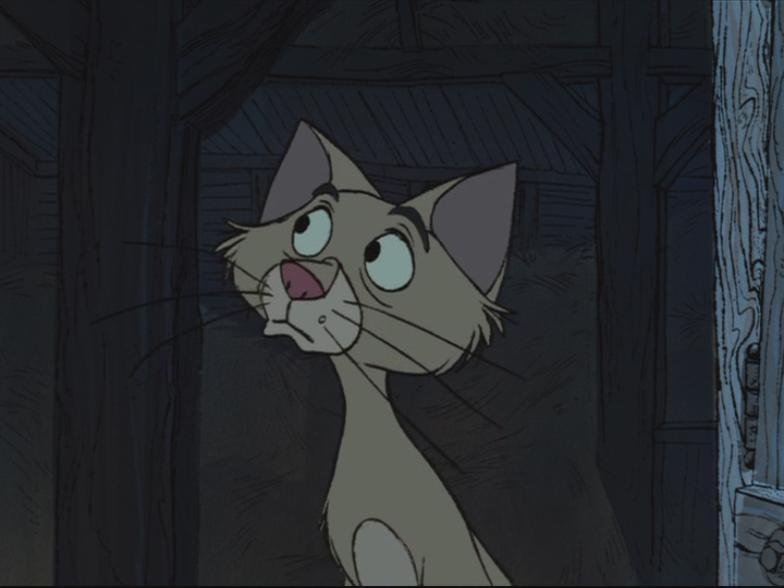 Sergeant Tibbs is the tabby cat sidekick of the Colonel and an ally to Pongo and Perdita, as he helps the couple rescue their puppies. 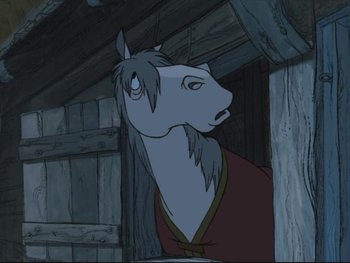 "Barking signal. It's an alert. Report to the Colonel at once."

A former cavalry horse in the British military, Captain is a no-nonsense horse that acts in a similar military manner to the Colonel. He's the first to hear the Twilight Bark from the dogs of London, and sends Tibbs to alert the Colonel so that he can translate the barking.