Characters / One Flew Over the Cuckoo's Nest

Played By: Will Sampson 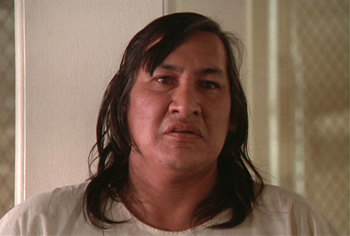 The tall half-Indian narrator of the book with a smaller role in the film. 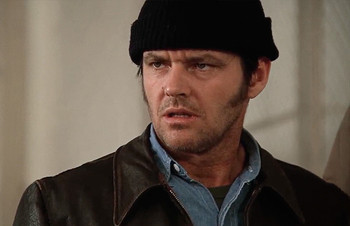 An Irish rogue who gets himself sent to the asylum to avoid prison for statutory rape charges. He quickly grows attached to the interns and becomes aware of their abuses from the orderlies and nurses and try to makes them get out of it.
Billy Bibbit 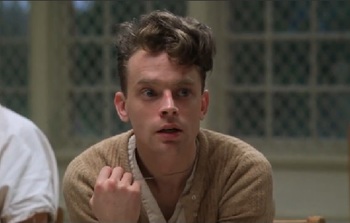 One of the younger and more innocent men in the asylum. Shy, stuttering and having socializing issues. He looks up to McMurphy like a big brother. 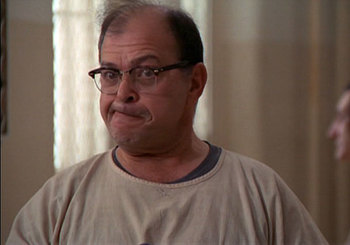 A loudmouthed asylum patient who also looks up to McMurphy. Probably a bit too much, as he ends up codependent.
Dale Harding 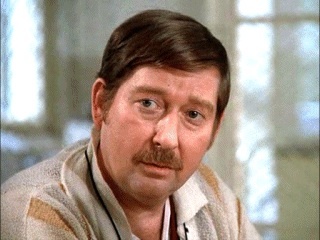 A middle-aged man (in the movies; in the books he's something of a pretty boy) who struggles with being unable to please his promiscuous wife, likely due to being a closeted homosexual.
Martini 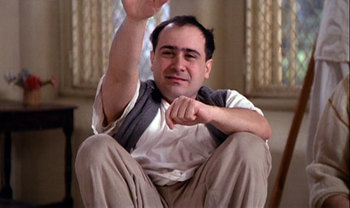 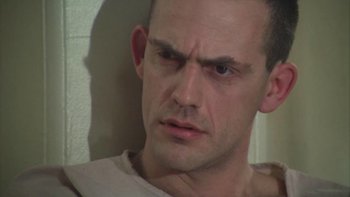 A surly, committed patient who causes the most disruption after McMurphy. 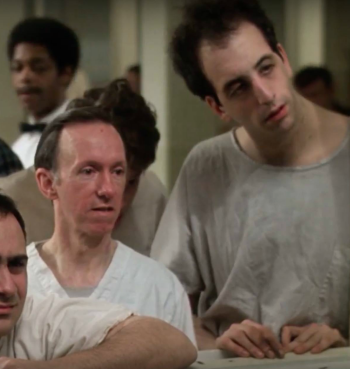 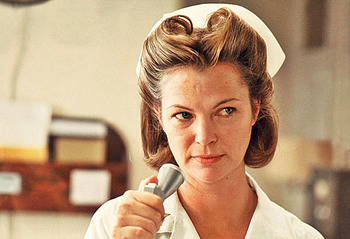 The head nurse of the mental ward, and the main antagonist of the book and movie. Ratched, a sadistic control freak, runs the hospital with an iron fist. She uses everything from psychological torment to lobotomy to keep the patients under her thumb.

See also Ratched, a series focusing on her Origin Story. 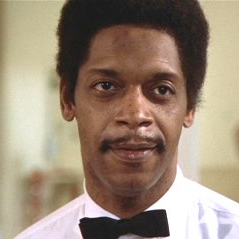 A group of African-Americans attending the asylum. Washington is the right hand man of Nurse Ratched. He has two orderlies, Warren and Williams.

The nightguard of the asylum, supervising the interns during bedtime. He accepts to let the acutes do what they want without reporting after Randle offers him drinks.