This page is for the characters of Omamori Himari and its spin-offs. Please note that this list is incomplete and required more information. 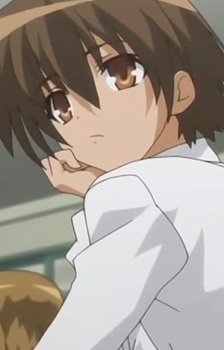 The Protagonist of the series. He is an Ordinary High-School Student who lost his parents in a car crash seven years ago, with the only memento of his family being the red protective charm that was given to him by his grandparents. On his sixteenth birthday, he meets a beautiful girl named Himari who turns out to be a cat spirit, and discovers that his family is one of the twelve demon slayer families who eradicated ayakashi in the past. 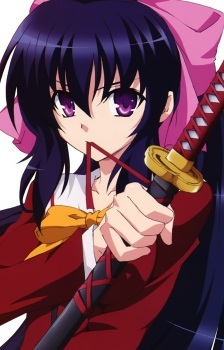 The heroine of the series, she is a Cat Girl Samurai spirit who protects Yuuto from the ayakashi out to kill him due to an ancient vow set by her ancestor to serve the Amakawa family. She is a proud and noble samurai who will protect Yuuto at all costs. Though she is not above seducing Yuuto every now and then. 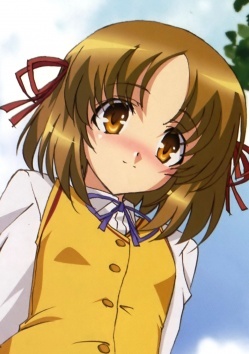 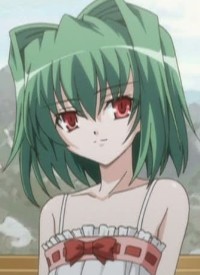 A mizuchi, a water dragon deity, and the series' Token Mini-Moe. Her family was killed by the Jibashiri Family of Demon Slayers 100 years ago, and has since borne a deep-seated hatred of Demon Slayers. She appears at the beach to kill Yuuto and Himari, but after witnessing the strange events between them, she decides to take up residence in Yuuto's house so she can "observe" him. She quickly falls in love/lust with him. 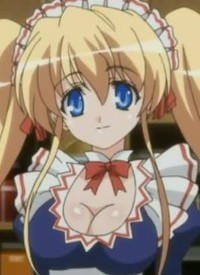 A maid from England who works at Cafe Relish, a local Maid Cafe in Takamiya City where Himari also works. In actuality, she is a tsukumogami, an artifact spirit that becomes alive after 100 years. She suspected Yuuto to be a demon hunter upon him visiting and tries to spike his tea with poison. After a brief scuffle with Himari that exposed her true form, she tried to save her teacup body but fails until Yuuto caught it. Since then, she developed a crush on Yuuto. 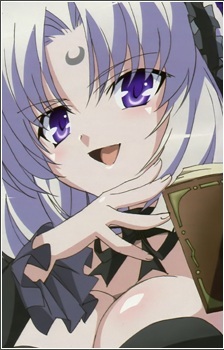 The heiress of the Jinguuji Family, a demon slayer family who are masters of Western dark magic. She is Yuuto's fiancee who holds a strong sense of justice when it comes to her demon slayer duties, which is a result of her family being constantly ridiculed and mocked by both demon slayers and ayakashi alike, and will do anything to obtain power and respect.

A zashiki-warashi who maintains Yuuto's deceased grandparents' home in Noihara.

A Hinoenma, a vampiric succubus who feeds off the blood of men, that attacked Yuuto and Himari at Noihara. She developed feelings for Yuuto after he defended her from Himari's Unstoppable Rage, although she won't admit it.

A giant ayakashi that attacked Yuuto and Himari at Yuuto's grandparents' estate in Noihara.

An ayakashi acquainted with Shizuku.

A fuguruma-youbi, a messenger spirit, under the service of Himari and Kaya.

A Yuki-onna who lives with a human ski resort owner on Mount Hakugin.

An ayakashi Yuuto, Rinko, and Himari encountered in chapter 39.

A cat ayakashi who appeared in the two-part comic from Book of the Gaiden.

A pair of ayakashi serving under Tama.

The head of the Kagamimori family of demon slayers.

The head of the Tsuchimikado family of demon slayers, and leader of all the demon slayer families.

A demon slayer from the Yakouin family and part-time detective.

The Class Representative of Yuuto, Rinko, and Himari's class.

Kuesu's retainer who works for Section 4 of the Branch of Public Peace, a covert branch that centers on the supernatural and paranormal.

Sae's colleague and an art teacher at Touryou High.

A young woman acquainted with Kuesu.

An upperclassman whom Kuesu met during her stay at England. Appears in Volume 0.

A sacred tree spirit that appears in the first light novel

A wolf spirit appearing in the second light novel

A character featured in the fourth light novel.