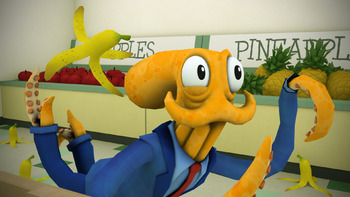 Just an ordinary human. Nothing to see here.
Voiced by: Tom Taylorson

The hero. A human-impersonating octopus that stumbles around on land and has a hard time accomplishing most human tasks. Somehow, he hasn't been caught yet. He's married to a human woman, Scarlet, and has two kids, Tommy and Stacy. Is being stalked by a psycho sushi chef named Fujimoto. 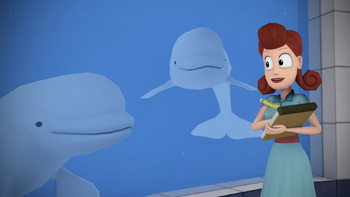 She likes sealife. And octopuses.
Voiced by: Ann Sonneville

Octodad's wife. She works as a reporter and has been married to Octodad for ten years, yet somehow she's never noticed who her husband really is. 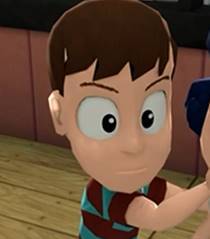 Scarlet's and Octodad's son. He idolizes the character Sports Johnson. 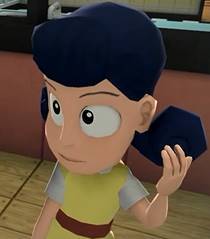 A rare case of the Only Sane Man also being the Cloud Cuckoo Lander.
Voiced by: Fryda Wolff

Scarlet and Octodad's daughter. Pretty much a stereotypical girl, and also a prominent Cloud Cuckoo Lander. 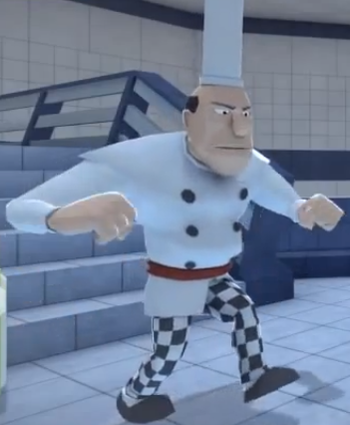 A psychotic sushi chef who's convinced that Octodad is an evil fish spy, and is hellbent on killing him.