Welcome to the character page for Nothing Special

Fair warning: MOST SPOILERS ARE UNMARKED! So read at your own risk.

The protagonist of the story. Raised solely by her father, she grew up mostly in the human realm. Circumstances force her to go into the Spirit World where she finds out some interesting facts about herself and her family.

The secondary protagonist. Declan is a boy who's known Callie since kindergarten, though they haven't interacted until the start of the main story. Since turning 17, he's recently began to see spirit creatures himself and eventually manages to bond with Callie over it while trying to find out why exactly that is. 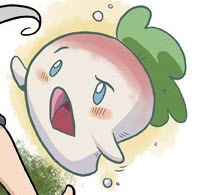 A... radish. Well the spirit of one that was eaten anyway. Callie and Declan meet him not long into their first journey. Having taken a liking to Callie, he proclaims himself as a "bodyguard" of sorts to her.

A demon that Callie, Declan and Radish meet in their first quest. After discovering Callie's a Muse, he insists on tagging along as a guide, mostly so she'll use her power to help him as a favor. Over time though he does become a valued friend. 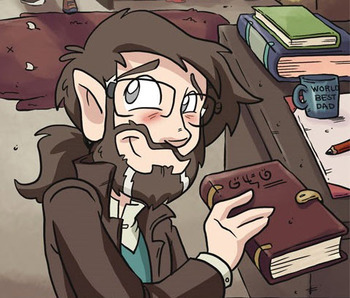 Callie's father, a daemon that runs a magic and item shop in the Spirit World. 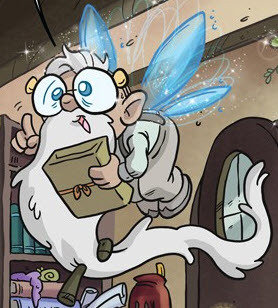 Callie's godfather. He's an air fairy with a penchant for rambling about politics of the Spirit World and making tea. 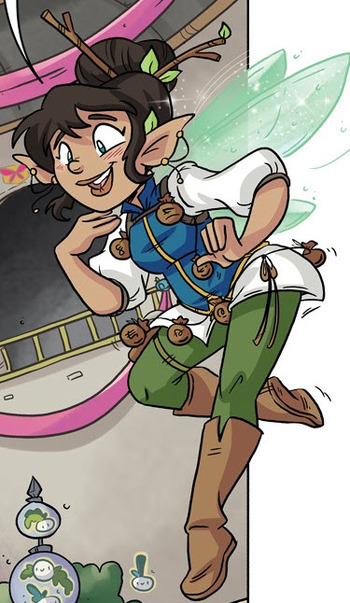 An Earth Fairy, Laurel's niece and healer within the Poppfield Estate. 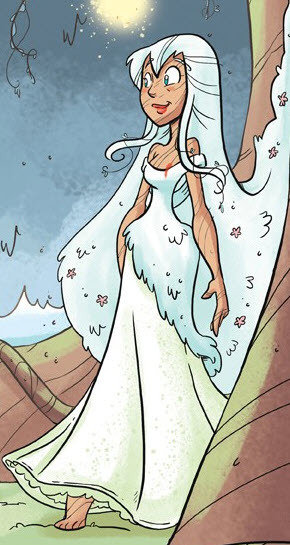 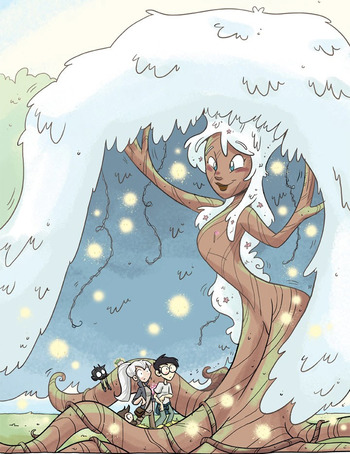 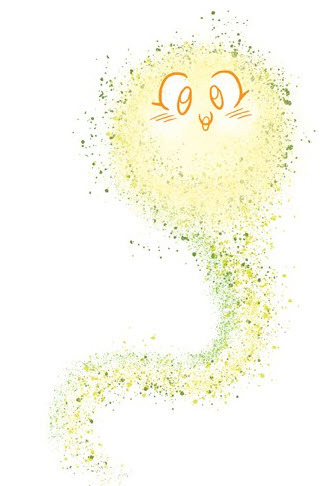 The first major antagonist of the series. She's a dryad (a wood nymph essentially) whom Tom had relations with back in the past. 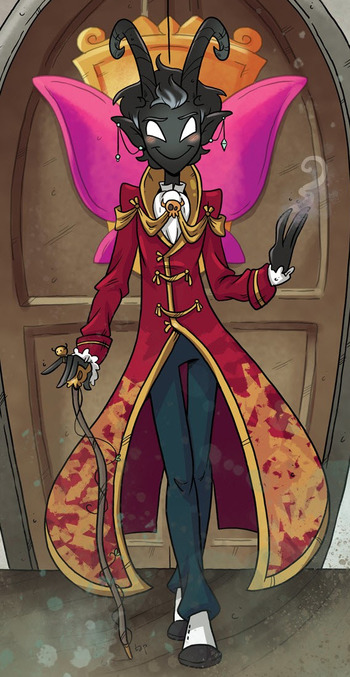 A demon, Laurel Poppyfield's trusted adviser and one of Lasser's older brothers who dabbles in magic management or a living trust as he puts it. Was tasked by Laurel to hold onto her magic after she dies until the next in her line comes of age. 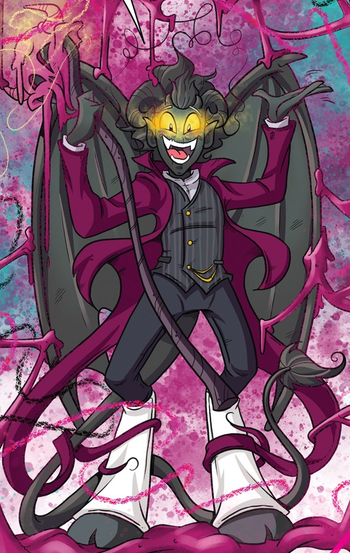 The family that Lasser hails from who reside in the Meadows, a nexus point between the living and the underworld. 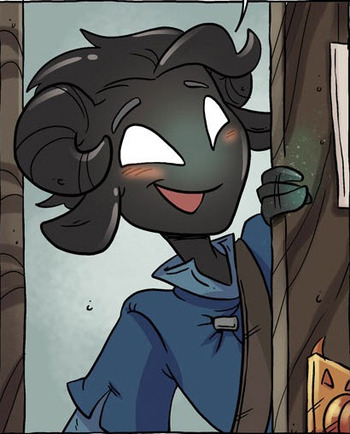 One of Lasser's older brothers who's also a librarian. Despite this, he dotes on him. 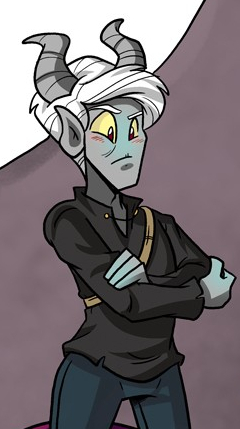 The first born son, a stoic man who doesn't seems to like anyone. 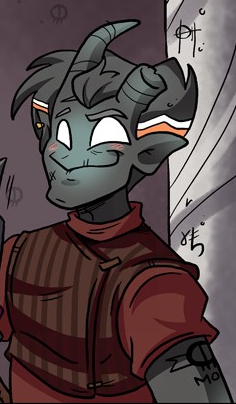 The second born son. Bit a meathead who focusing on lifting 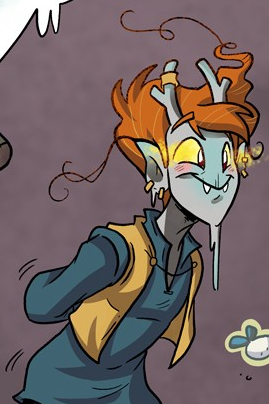 One of the siblings who fancies himself a ladies man. 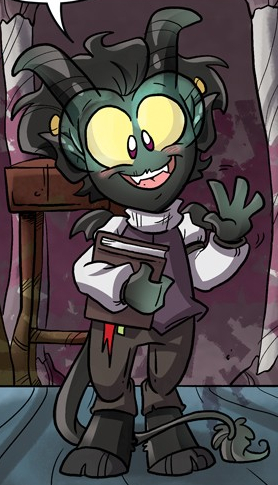 The fifth oldest of the family after Leir. A bit of a bookworm. 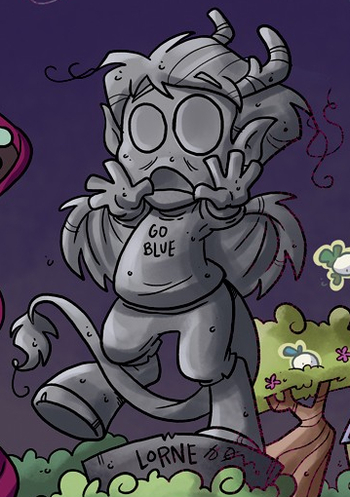 One of the siblings that had the bad luck to date a gorgon. 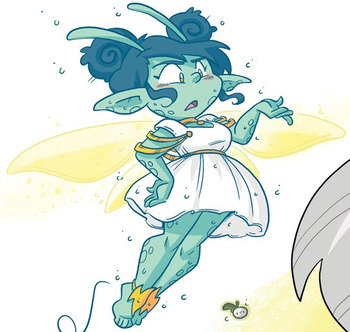 A pixie the group run into while stopping at some ruins that used to be a temple for muses. She's bound by magic to protect it. 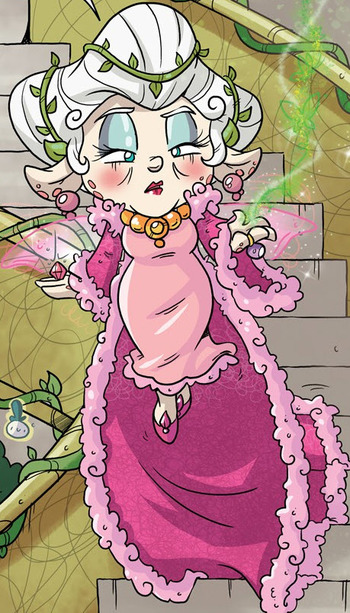 An Earth Fairy and matriarch of the Poppyfield Estate.