This is a character sheet for the web animated show Nomad of Nowhere.

Warning: Rooster Teeth FIRST members have access to new episodes a week before they go public. Beware of potential spoilers. 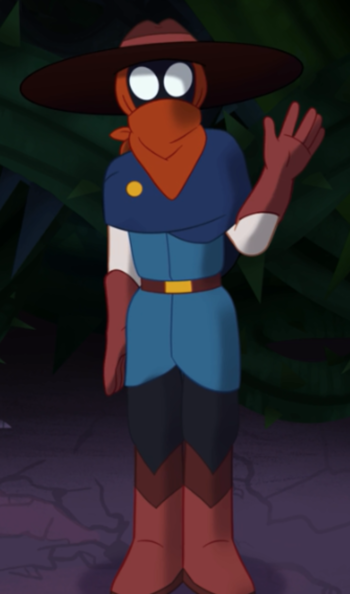 The titular Nomad. He is a kindly mute who has the ability to bring inanimate objects to life by clapping. Unfortunately, he is also the most wanted man in the world, believed by many to be evil. He hasn’t been seen for over a hundred years until the Dandy Lions came to the Bramble. Now he wanders the desert, looking for a place to belong... In truth, he's an animated scarecrow brought to life by a magician to protect his daughter. However, until Episode 10, he had no memories of his origins or Melinda, the girl he was created to protect.

A bookworm who aids Toth on her quest to catch the Nomad (and appears to be attracted to her). She is the voice of reason within the Dandy Lions... too bad he warnings are often ignored. She was the first person to find the Nomad after a hundred years. After learning of his true nature, she finds herself uneasy about capturing her new friend... 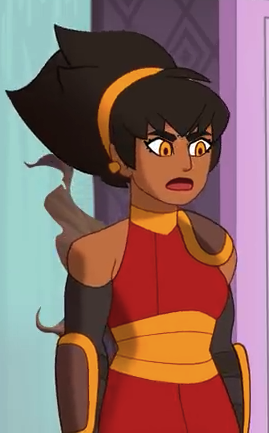 The leader of the Dandy Lions. She has dedicated her life to capturing the Nomad, which often affects her better judgment. 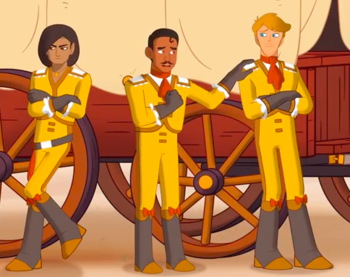 Three of the Lions, from left to right; Null, Santi, and Jethro
Jethro Voiced By: Ryan Haywood
Null Voiced By: Stephen Fu
Santi Voiced By: Eddy Rivas
Don Paragon’s soldiers. They are not very bright, save for Null. 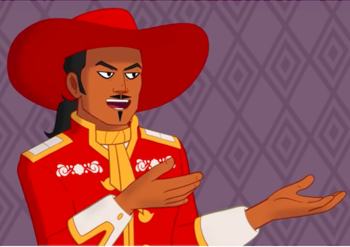 Toth’s second in command. He seeks to usurp Toth’s place and capture the Nomad himself. Despite his ego, however, he’s just as incompetent as the Dandy Lions. 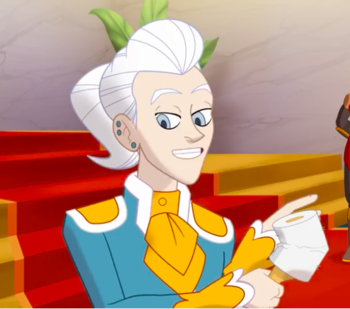 The Don of the desert and Dandy Lions’ boss. He assumed control over an oasis and charges ludicrously high prices for people to have a drink.

In General
The Ranch Hand

The first of many bounty hunters that are trying to capture the Nomad. 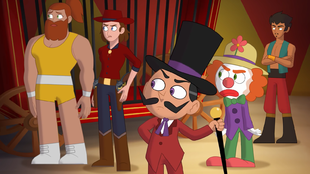 A traveling circus that is in actuality made up of former bounty hunters. 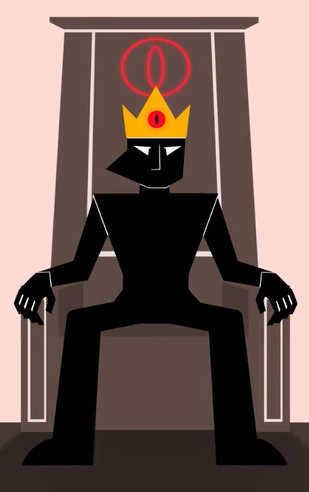 The so-far unseen monarch of Nowhere who wants the last magic user and is the true main antagonist of the series.

Four of El Rey's subordinates, each empowered by him and entrusted with the rule over one section of Nowhere. Toro the Minotaur rules the West, the Gunslinger rules the East, the Clawed Man rules the North, and the Spirit Lady rules the South. 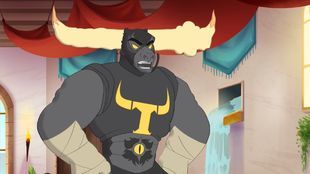 Governor of the West, also known as the Minotaur. 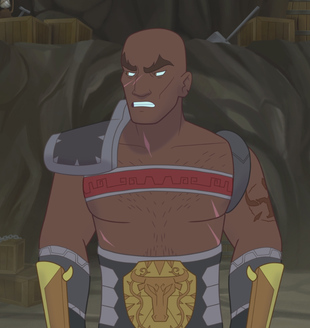 A gladiator sent by Governor Toro to hunt down the Nomad.

Other Inhabitants of Nowhere 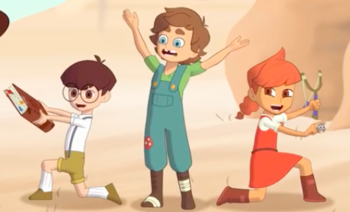 Voiced by: Adam Ellis
The Undertaker

An undertaker with a morbid interest in the Nomad's abilities. 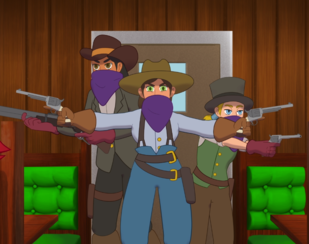 A gang of outlaws who rob a train that the Nomad just happens to be traveling on. As the name would suggest, they're all near-sighted. 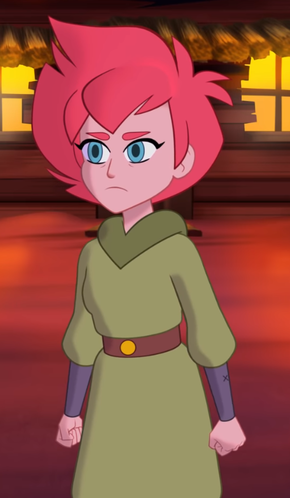 A young girl with magical powers raised on a farm by her father, who was also a magician. The Nomad was the family's scarecrow, brought to life by Melinda's father to train and protect her.