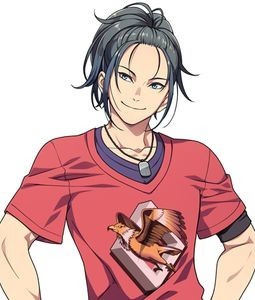 The young man without a name who protected Inui, sótano’s owner, from getting hit by a car. Also, the story’s protagonist.

He appears to have amnesia, but the doctors believe it’s only a temporary side effect of the accident. He’s carefree to a fault and overly touchy-feely. It’s not clear if he was always like that or if the accident had something to do with it. He’s bisexual, attracted to men and women, young and old, and it doesn’t take much to get him into bed at all. Sexual harassment is an everyday activity for him. He has a childish curiosity about everything and operates under an indecipherable set of principles. 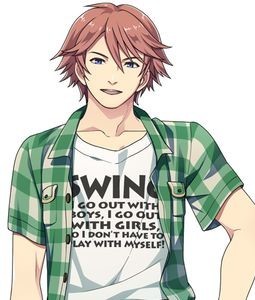 A bartender at sótano. He’s a clever and caring young man who always keeps other people’s feelings in mind.

He’s sociable and good around people. He has a helpful personality and even befriends Haru right off the bat. Naturally, he’s good with women, too; but he’s actually quite shy and old-fashioned, so he doesn’t have any dating experience. He has a frank and stubborn side to him, but that earnestness makes him easily swayed by his surroundings and has caused him a lot of pain. 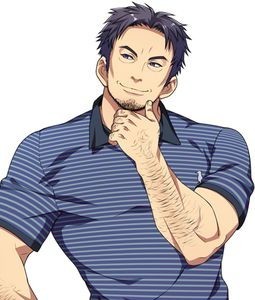 乾 浩一
"Don’t be ridiculous and get back to work. I’ll take it out of your paycheck."

An open-hearted, helpful man with a tendency to poke his nose into other people’s business.

He gives work to people who are having trouble or can’t get on their feet and have no place to go, but he’s got a good eye for people who’ll actually be useful. While he owns several restaurants and a detective agency, he’s an old man who lives a relatively simple, frugal lifestyle. He loves alcohol. 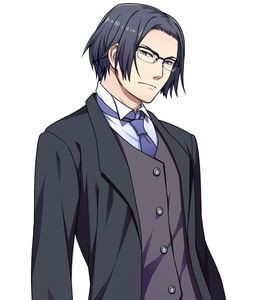 sótano’s head bartender and pianist. He can handle just about any situation smoothly.

His customer service is flawless, and at first glance he seems like an amicable intellectual; but in reality he’s a neurotic, anti-social young man with a propensity for obsessing over cleanliness. He’s also selfish, prideful, and quick to anger. The fact that Haru is annoying, stupid, and completely lacking in tact makes Ryu hate him at first sight.

He values efficiency above all and doesn’t concern himself with appearances more than he needs to, so there’s a visible difference between his ’on’ and ’off’ modes. 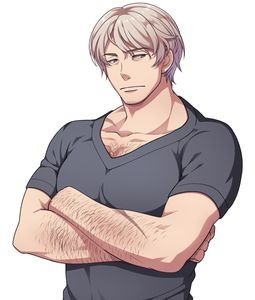 sótano’s manager and head chef. He doesn’t speak or emote much. At first glance, he might even look scary, but he’s really just a lazy giant.

His slow movements give the impression of a fearless, but calm, large-breed dog. He’s a strange person. On the rare occasion that he does open his mouth, he’ll either utter some enigmatic phrase that’s hard to classify as serious or not, or some really lame joke.

He’s technically the manager of the bar, but he leaves most of the day-to-day work of running things to Ryu. He usually hides out in the kitchen and doesn’t come out much.

His real name and other details are a mystery. According to him, he 'forgot'.