Characters / No Matter How I Look at It, It's You Guys' Fault I'm Not Popular!

A list of characters that appear over the course of No Matter How I Look at It, It's You Guys' Fault I'm Not Popular!. 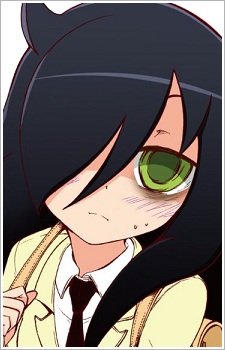 The main character of the series, who struggles with becoming "popular", making friends and coping with adolescence. Unfortunately, this is not helped by her social ineptitude and unpleasant personality.

Despite being incredibly anti-social, she craves the companionship and attention of others. She suffers from a raging superiority complex, vivid delusions of grandeur, intense self-loathing, and social anxiety so severe that she can barely get out a sentence when talking to someone she is not intimately acquainted with.

The dark circles under her eyes are genetic (and shared by her brother). 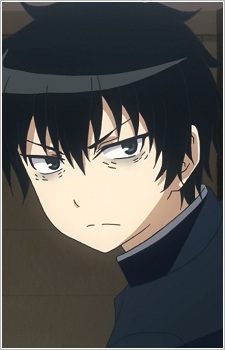 Tomoko's younger and more responsible brother. He is a fairly average and well-adjusted person for his age and treats his sister with the usual level of sibling-related intolerance. Despite this, he does care for his sister and tries to support her when she needs it. 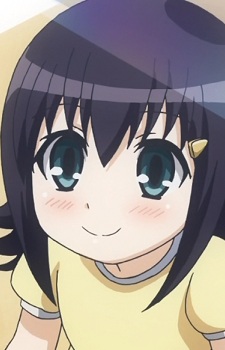 Tomoko and Tomoki's thirteen-year-old cousin and a seventh-grade schoolgirl. Having been fed a steady stream of face-saving lies by Tomoko, she idolizes her older cousin. 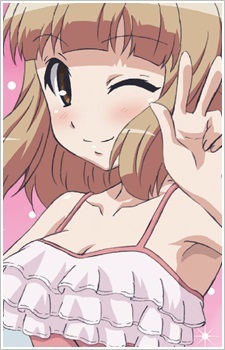 Tomoko's best friend from middle school, who managed the transition to adolescence far more gracefully than Tomoko. She was originally very quiet and nerdy; however, after moving to high school she dyed her hair, improved her fashion sense and personal appearance, became more outgoing and eventually got a steady boyfriend. Despite changing so much, she remains a kind friend to Tomoko, though she remains blissfully oblivious to how different their social lives are and is unaware of the more unpleasant aspects of Tomoko's personality.

She is the protagonist of the spin-off manga It's Your Fault My Friend's Not Popular, which details her middle school life with Tomoko from her perspective. 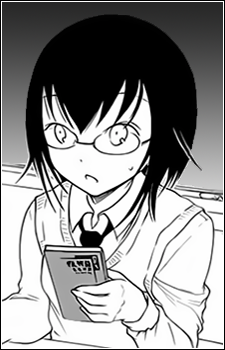 One of Yuu's old middle school friends. She immediately takes a dislike to Tomoko, who sees Kotomi as a rival for Yuu's attention. Unfortunately, Kotomi proves to be just as passive-aggressive and anti-social as Tomoko.

Kotomi is formally introduced in the spin-off manga It's Your Fault My Friend's Not Popular, and later on she is re-introduced in the main series. Kotomi does not appear in the anime as it only adapts stories from before her first appearance. However, she appears in a special OVA, bundled with the Japanese release of the main series's seventh volume. 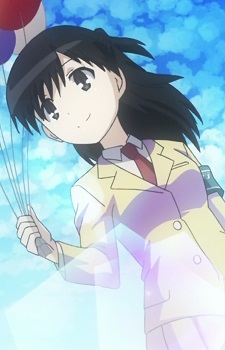 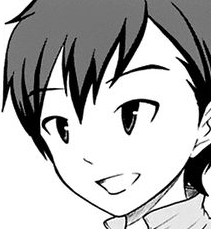 Tomoko's P.E. teacher. During Tomoko's second year she becomes Tomoko's homeroom teacher and becomes so again once she reaches her third year. 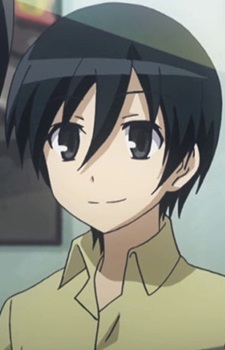 A friendly older student who lent a sleeping Tomoko his umbrella during a rainy day. Since then, she's developed a crush on him.

Tomoki's classmate from middle school, and later also from high school. Revealed to have a crush on Tomoki, much to Kotomi's distress. 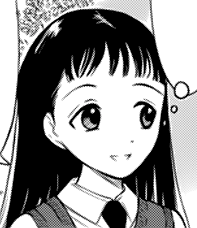 A first year student at Tomoko's school and Tomoko's kouhai. Tomoko originally met her when she was taking the school's entrance exam and later reconnected with her when she entered high school. Her popularity with boys leaves her greatly unpopular with other girls and so she greatly looks up to Tomoko both as her senpai and as her first real female friend. 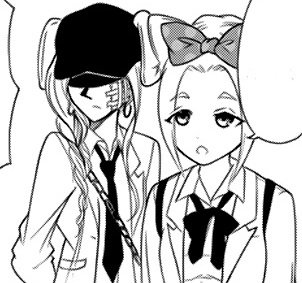 Delinquents from another class who happen to be Yoshida's friends. In contrast to their friend, they're much more worldly. 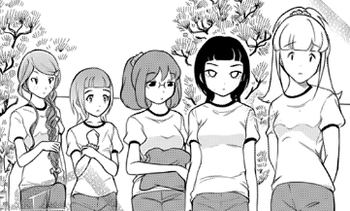 A group of girls who are close friends with Ucchi. They were part of Tomoko's 2nd-year class, but along with Ucchi were transferred to a different class for their third year, much to the latter's dismay. Their friendship with Ucchi is the source of Tomoko's somewhat derisive nickname for them. 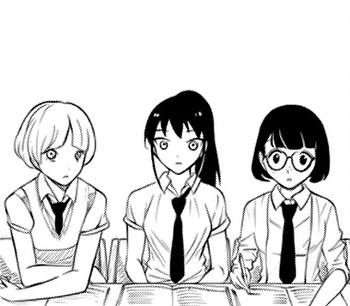 A group of girls from class 3-6 who are Asuka's friends. Their first meeting with Tomoko, a group study session involving her and Asuka, leaves a large impression on them. 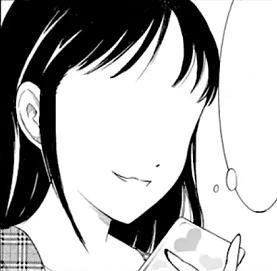 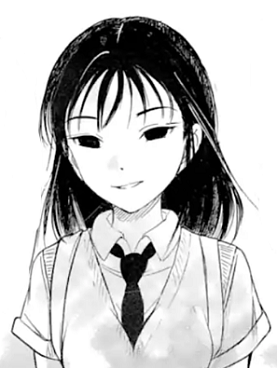 A friend of Minami from another class. Like her friend she loves to gossip and badmouth others.

A trio of girls that Tomoko was forced to group with during the school trip to Kyoto on her second year, they have since then become more than passing acquaintances, interacting with Tomoko regularly after the trip. Yuri now openly considers Tomoko a friend, while Yoshida seems to flip flop between aggravated at Tomoko, and begrudgingly accepting her presence. As for Ucchi... It's complicated. 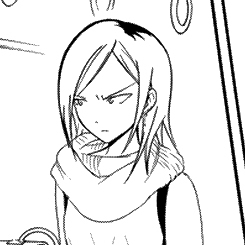 A girl with blonde hair and a bad temper that Tomoko has a habit of pissing off. 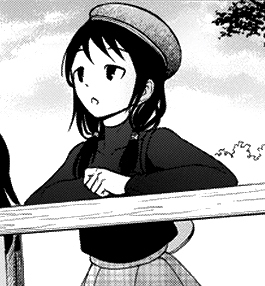 A fairly stoic girl from Tomoko's class who ends up in her group for their class trip after a falling out with her friend. 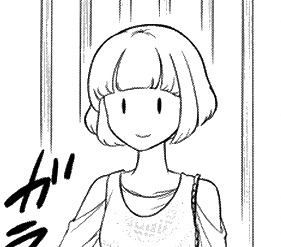 A popular girl from Tomoko's class who has strange eyes and similar hair to Yuu. After spending most of her time with her friends in a different group during the class trip, the short time she actually spends with Tomoko leaves a very huge impression on her.

Other Classmates and Acquaintances 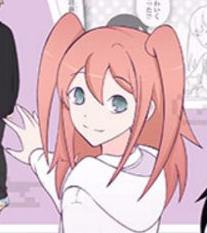 Tomoko's classmate and the first person in Tomoko's class that Tomoko is able to talk to on a semi-regular basis. 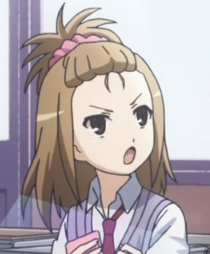 A popular girl in Tomoko's class who is friends with Hina. 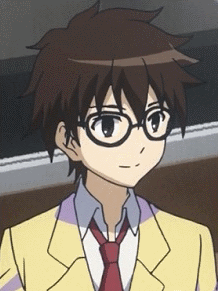 A popular boy in Tomoko's class who is friends with Hina. 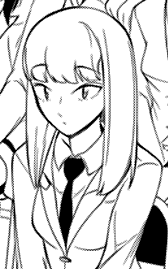 Tomoko's classmate with an interest in make-up. Implied to be very attractive in-universe.
Mako Tanaka 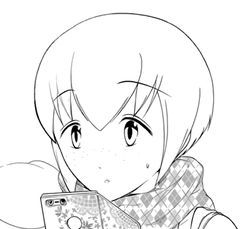 A friend of Yuri's who becomes acquainted with Tomoko through their mutual relationship with her.
Koharu Minami 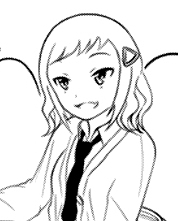 A popular girl in Tomoko's class. Minami is the reason for Yuri's and Mako's falling out before and during the school trip, as she invited Mako to join her group for the trip, which meant that Yuri and Mako could not be in the same group. She takes an interest in Mako in general and wants her to join her group of friends. On the other hand, she does not get along with Yuri, and neither of them tries to befriend the other. 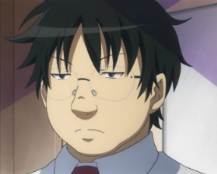 An overweight student in the manga club who Tomoko is partnered with in order to complete a portrait-drawing assignment for her art class. While Tomoko believes that the cute-looking portrait he drew of her meant that he found her attractive, it is later revealed that he draws all female characters with the same face. 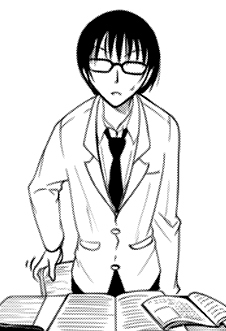 A nerdy boy who sits next to Tomoko in class. 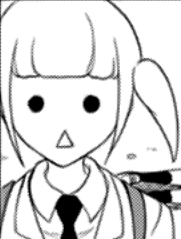 A girl with pigtails and an emoji-shaped face who joins Tomoko's class at the start of the third year. 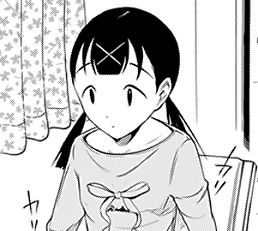 Tomoko's schoolmate who is friends with Kotomi. In their third year of high school, she becomes Tomoko's classmate.