The cast of 9 and associated tropes for each. 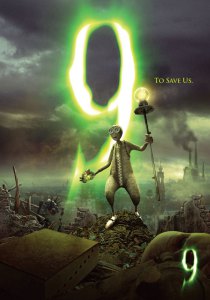 "To Save Us"
Voiced by Elijah Wood

The main character of the film and short film, 9 is the final creation of the Scientist before his death. A young, spirited, and adventurous person, 9 also has vast curiosity, which unfortunately leads to the awakening of the Fabrication Machine that had previously destroyed humanity and now wants the Stitchpunks' souls. He tries to right his wrongs and gradually becomes the leader of the Stitchpunks. 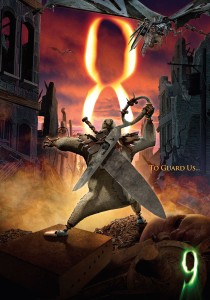 "To Guard Us"
Voiced by Fred Tatasciore

The largest of the Stitchpunks, 8 is the muscle of the group, yet lacks intelligence and remains faithful to 1 not only as his bodyguard but also his only friend. He follows 1's orders loyally and often bullies the other Stitchpunks. However, what 8 lacks in brains, he more than makes up in sheer brawn and is quite strong and daring, wielding a large sword made from a butcher's knife, as well as half of a pair of scissors and a magnet which he uses for... questionable reasons. 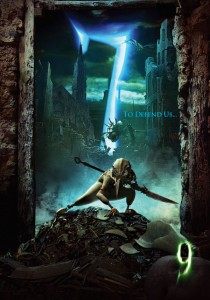 "To Defend Us"
Voiced by Jennifer Connelly

The only female Stitchpunk, 7 is an independent and strong-hearted warrior. She left the Sanctuary to hunt down the Cat-Beast and discover the truth of the barren world, something which 1 did not agree with and two have been at odds ever since. Spending a vast amount of time in the wasteland allowed 7 to teach herself how to fight and survive, sporting a crow's skull for a helmet and using a spiked staff and other weapons to fight. 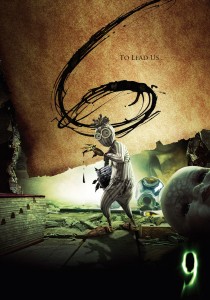 "To Lead Us"
Voiced by Crispin Glover

The oddball of the group, 6 is in his own world most of the time, creating seemingly obscure drawings which are actually of the talisman used in the film to bring the characters to life. He is actually an oracle figure, having prophetic visions which he expresses in his drawings; 9 is the only Stitchpunk to believe them, although 2 and 5 express interest. 6 has a unique appearance with uneven eyes, wild hair and fingers made from the nubs of ink pens. Because of his weird appearance and attitude, he is often avoided and ignored. 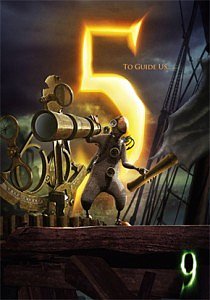 "To Guide Us"
Voiced by John C. Reilly

The "middle man" of the group, 5 is a kind-hearted but fearful engineer, healer, and 2's assistant. Shortly after his awakening in the world, 5 was wounded in the war and lost his left eye, and was fixed up by 2 to sport an eyepatch of sorts. He acts as the watchtower guard in Sanctuary as well as the healer and peacemaker. He has strong friendships with most of the Stitchpunks, particularly with 2, 7, and 9. 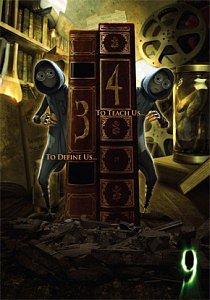 Mute identical twins, 3 and 4 left with 7 to learn the reason why the world is barren. Moving into an abandoned library, the two catalogued and analysed everything they found and formed an understanding of the city's history. They do not speak but rather communicate via their eyes and physical movements. They have the ability to project images and video clips from their eyes. They don't seem very comfortable outdoors. 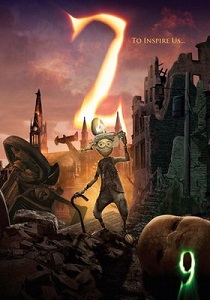 "To Inspire Us"
Voiced by Martin Landau

A frail inventor, 2 is a curious and adventurous person and is seemingly fearless. 1 deliberately sent him out into the wasteland to die, believing him to be a threat to the safety of Sanctuary. He is kind, caring, generous and uses the world's scattered remains to build inventions. He is close friends with 5. 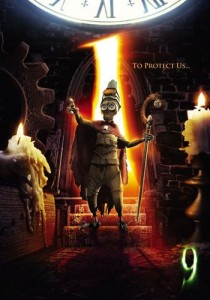 "To Protect Us"
Voiced by Christopher Plummer

The leader of the Stitchpunks, 1 is a dogmatic and cowardly person, but asserts his authority over the others and likes to subjugate them. However, he also does want what is best for them — most of the time. He wears a hat, cloak, and wields a staff to separate himself from the others. 1 follows the belief that "sometimes one must be sacrificed for the good of many", which leads to clashes with other Stitchpunks, like 7 and 9. 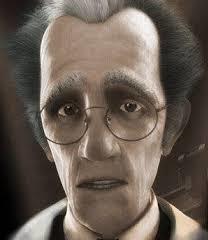 We had such potential...such promise. But we squandered our gifts, our intelligence. Our blind pursuit of technology only sped us quicker to our doom. Our world is ending, but life must go on.

The creator of the Stitchpunks and the Fabrication Machine, and the one who started everything. The Scientist constructed the machine to improve the technology of the world, only for the Chancellor's Chronic Backstabbing Disorder to use the machine to build other machines to wage war on other countries. The machines are corrupted and wipe out life on Earth. The Scientist quickly becomes The Atoner and builds the Stitchpunks to bring life back to the world.

The evil, fascist, Hitler-like Chancellor who used the Fabrication Machine to attack other countries. Boy, was that a mistake. 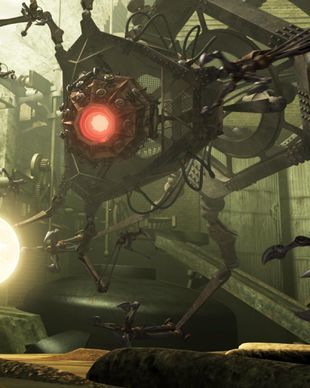 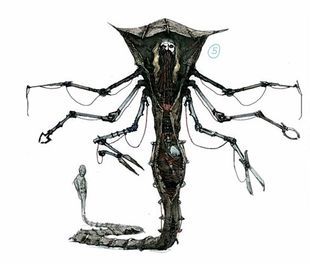