Characters for Nights of Azure

SPOILERS FOR THE FIRST GAME ARE UNMARKED. TREAD WITH CAUTION. 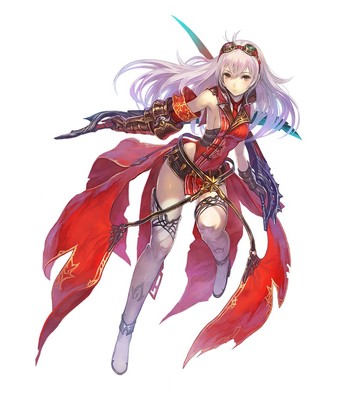 An agent for the Curia and Lilysse's best friend, later lover. Arnice is sent to Ruswal in order to investigate rumors about the return of the Night.

Arnice's best friend, later lover, and the priestess selected to become the new Saint.
Simon
Voiced by: Masaki Terasoma
A former agent of the Curia and the manager of Hotel Ende. He is the one that gives Arnice orders from the Curia.
Professor Alucard
Voiced by: Yoshitsugu Matsuoka
A professor interested in studying fiends. He doesn't have much in the way of social skills and is constantly trying to get Arnice as a "research assistant."
Lloyd
Voiced by: Satoshi Hino
A self-proclaimed "merchant" that arrives at Ruswal the same time as Professor Alucard. He is also a serial womanizer and this has come back to bite him multiple times.
The Black Cat
A mysterious cat that Lilysse befriends early on in the game. There's a lot more to this feline than meets the eye.

Maiden of Jorth
Voiced by: Hiromi Igarashi
The guardian of the Demon Sword Jorth. She is the one that allows Arnice to level herself up as well as the one that asks Arnice about how her relationship with Lilysse is going.
Dream Lilysse
Voiced by: Hiromi Igarashi
A mysterious being that also takes on Lilysse's appearance. As it turns out, she represents the real Lilysse's repressed feelings in order for the real Lilysse to easier accept her role as the new Saint. 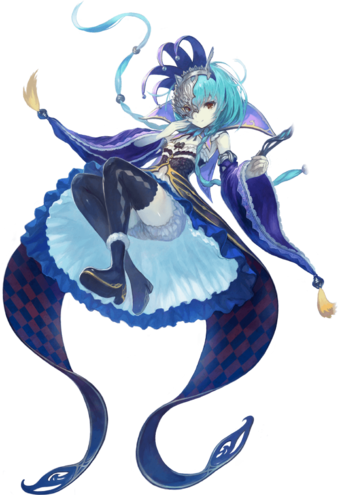 A mysterious pureblooded demon whom Arnice meets early on. Her past is a mystery even to herself and she has made it her personal mission to find out what happened in Ruswal.

Mistral
Voiced by: Eriko Matsui
A pureblooded demon with a serpentine appearance that resides at the Shrine of Sorrow. She only appears after clearing the game for the first time.
The Nightlord
The king of the demons and the one responsible for the Night. He is the most powerful demon to ever live and is the Big Bad of the game.

The Pope
The leader of the Curia and the one who gave Arnice the mission to go to Ruswal in order to investigate the rumors of the Night's return. She is actually Ludegert, the legendary First Saint that was said to have vanquished the Nightlord at the cost of her own life centuries prior to the main story.
Corrine
Voiced by: Ayane Sakura
A knight under the employ of the Curia. She is sent to Ruswal in order to test Arnice but there is more to her than meets the eye.