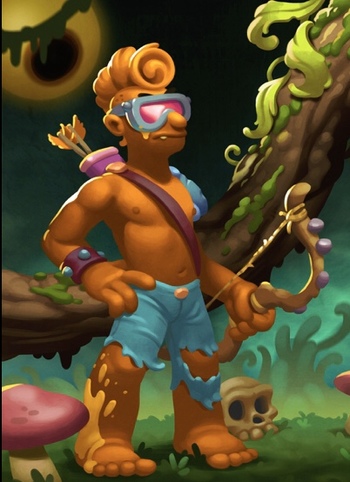 A Humanoid Species that live in the world of Nidhogg and the Characters that the Player controls throughout the games. They often don’t speak (or at all) to one another. Though there is no motivations to their actions, the Grunts are seen as participents in a duel, which consist with another of their kind so they may fight to the death.