The cast of Ni no Kuni II: Revenant Kingdom. Be wary of spoilers. 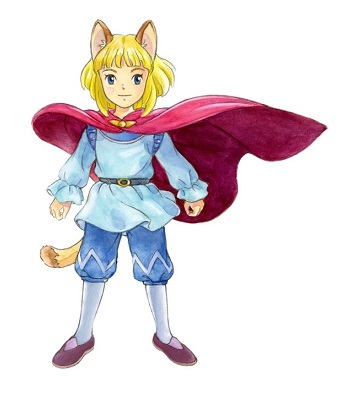 Played By: Claire Morgan (English)
"I’ve made up my mind. I’m going to keep my promise to Nella. I’m going to build a kingdom where everyone can live happily ever after!" – Evan Pettiwhisker Tildrum

The young king of Ding Dong Dell, in the wake of his father's death he was to forge his pact with the kingmaker Oakenhart before a coup led by his father's adviser Mausinger leaves him deposed. 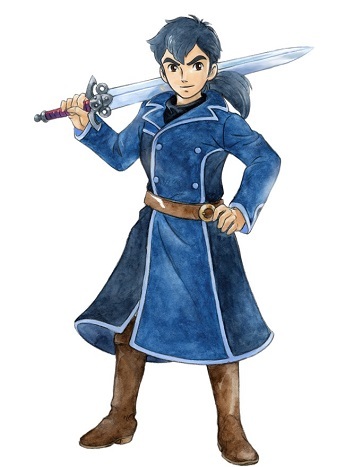 The president of a major superpower in our world; when his country is annihilated by a missile attack he finds himself whisked away to a mysterious other world in a much younger body.

The daughter of the leader of the Cloud Snake Sky Pirate band, she joins Evan and Roland on their quest to forge a new kingdom after they save her when she was captured by wyverns. 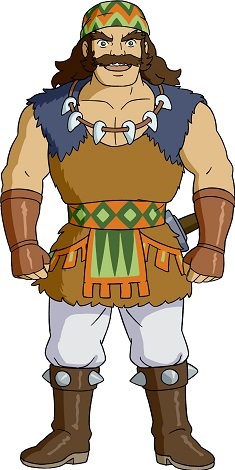 The leader of the Cloud Snake Sky Pirates, he catches Evan and Roland lurking in his territory but joins them after they save his daughter Tani from wyverns.

Archon of Hydropolis, he serves faithfully as the queen's right-hand man and de-facto leader of the country in her seclusion. 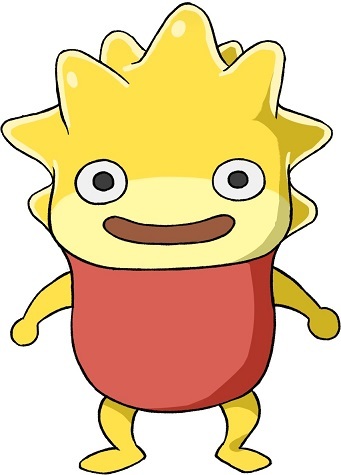 The kingmaker with whom Evan forms a bond after going through the trial at the Cradle of Light. With him to prove Evan's right to rule, Evan and Roland set off to find the new kingdom Evermore at Heartlands.

Once a trusted advisor of Evan's father, he takes over the kingdom in a bloody coup after assassinating the previous king, Evan's father. It is during his coup that Roland is summoned to the other world.

Right-hand mouse of Mausinger who helps him take over the throne after the passing of Evan's father. 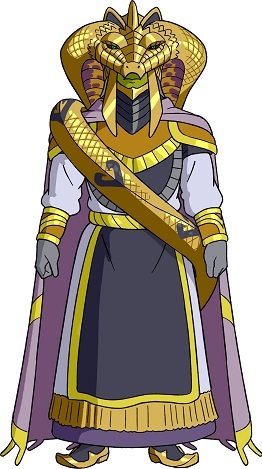 A mysterious sorcerer who is undermining rulers of all kingdoms through magic and deception. He is revealed to be the king of the ancient kingdom of Allegoria who aims to release the Horned One by stealing Kingsbonds of every monarch in the world.

A mighty God of Evil that Doloran seeks to use to conquer the world. Actually the mindless form of the renounced power of Doloran's kingmaker and lover, Alisandra.

Evermore and the four grand nations of the Second World.

The elderly caretaker of a bunch of higgledies who eventually joins Evan's kingdom. 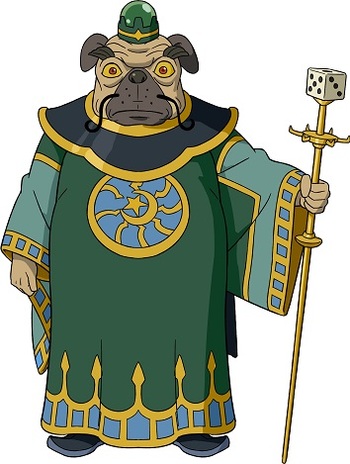 The ruler of Goldpaw who is the first person to sign Evan's Declaration of Interdependence.

An elderly women who runs a library at Goldpaw.

The queen of Hyrdopolis who imposes very odd and strict rules most notably the rule against love.

The ruler of Broadleaf who has been working very hard on a new reactor he swears will revolutionize energy.

Evan's governess who sacrificed herself in the first chapter in order for Roland and Evan to be safe.

Evan's father who happens to be the previous king to Ding Dong Dell.

A bandit that Evan meets early on in the game. Evan chases him out of the Heartlands to build the kingdom of Evermore, but he continues to be a nuisance for the rest of the game.

A man who if the player gives ten pebbles, he will reward them with some items that increase your stats.

A boy who visits Evan in his dreams at the end of every chapter.