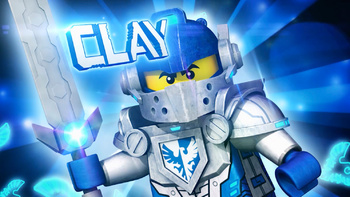 The leader of the Nexo Knights. Righteous and dutiful, he's dedicated to being the best knight he can be. When not in battle, he tends to train to improve his skills even further. 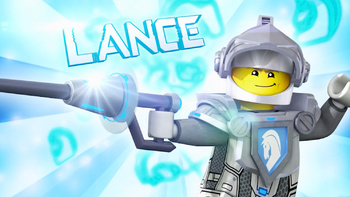 The son of a wealthy family, Lance has a tendency to put his needs and wants before his knight's duty due to his upbringing. He doesn't particularly like training or being told what to do, which usually puts him at odds with Clay. 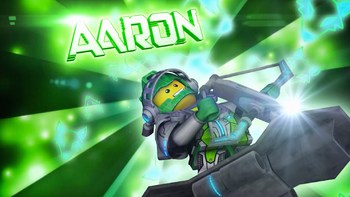 The thrill seeker who's unable to stay still, Aaron is always ready to participate in anything exciting and dangerous. 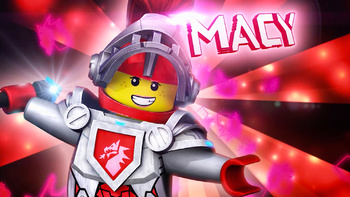 The Knights' only female member, Macy is the daughter of King and Queen Halbert. She much prefers fighting monsters to her duties as a princess. 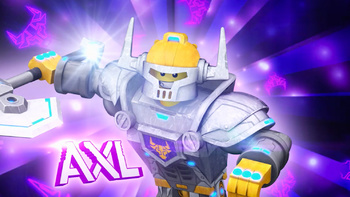 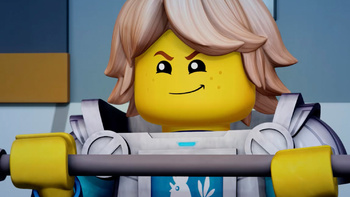 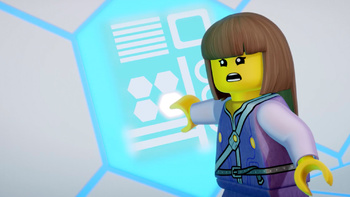 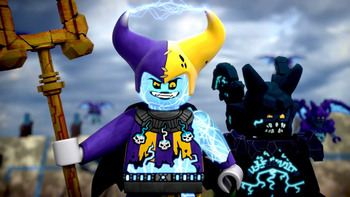 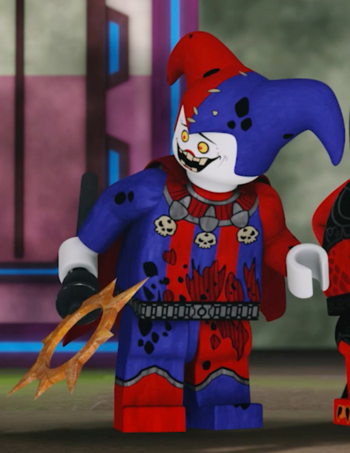 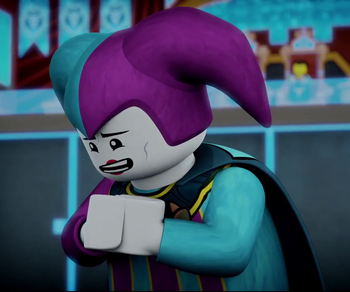 A royal jester with self-esteem issues, Jestro's attempts at entertaining people usually fail miserably, resulting in him becoming the laughingstock of the kingdom.

The Book of Monsters manipulated him to become a villain, and he embraced his new role in hopes of finally being good at something. 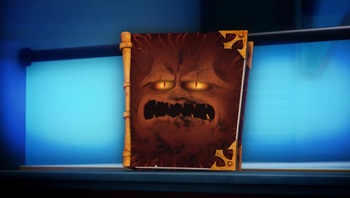 A sentient evil spellbook and Jestro's mentor. The Book of Monsters is highly manipulative, requiring an unsuspecting pawn to summon monsters from his pages due to his lack of limbs. He seeks to consume all the eleven books of black magic, which enhance the powers of the monsters summoned through him.

In reality he is Monstrox, the arch necromancer. A century ago Merlok turned him into a book and his evil powers were separated into the eleven spellbooks he seeks.

Roberto Arnoldi is a sculptor who used to work for King Halbert. One day, he was commissioned to make a "smashing" statue of Queen Halbert. When he literally made a picture of Queen Halbert hammering some Scurriers, King Halbert was displeased, and fired him, despite the Queen actually liking it. Upon meeting Jestro and the Cloud of Monstrox, Roberto sided with them in order to get revenge on Knightonia, starting by making monster for Jestro and Monstrox.

A group of fire-based creatures who serve Jestro. 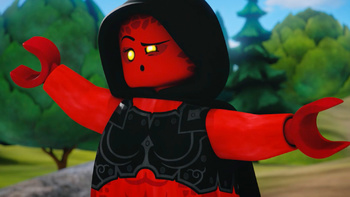 A very talented spymaster, Lavaria is a lava monster who specializes in espionage and thievery. She fulfills her missions without making a single sound.

The villains in the second year. After his defeat in the first year, Monstrox was transformed into a cloud with the ability to infuse stones with evil energy by zapping them with lightning. He made use of this ability to not only animate ordinary rocks and statues, but old minions of his Taken for Granite during his battle with Merlok and creations made by Roberto Arnoldi.

One of the leaders of the Stone Monster army, a general who once battled alongside Monstrox.

A trio of flying Stone Monsters that are good at grabbing.

As the name suggests they are three evil golem brothers (Roog, Reek and Rumble) who once battled the wizard council in the past. They now serve Monstrox and Jestro in their attempt to rule the kingdom.

The greatest of Monstrox's generals, who led an entire army that was turned to stone alongside him by Merlok.

The villains of the final year, created by Monstrox 2.0.