Characters from other franchises 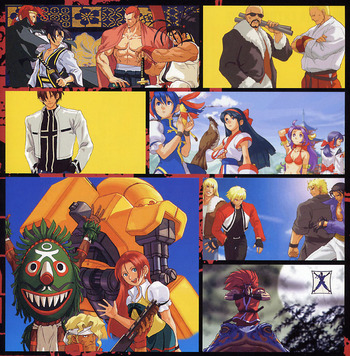 These characters already have Characters pages from their origin games, which are linked here: 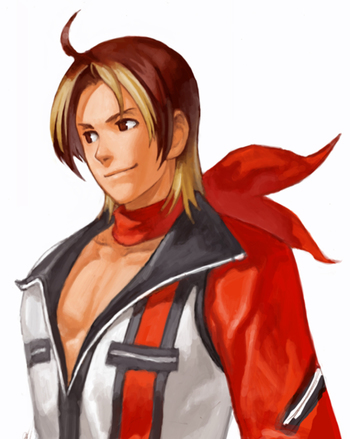 Yuki and Ai are agents of the Federative Government of New Japan, in the NEOGEO World. WAREZ has been planning to conquer the NEOGEO World and Yuki volunteered to investigate. Ai was announced as his backup and he got frustrated with this, because he thought he would have to protect her. They entered the Battle Coliseum, eventually defeating Goodman and stopping WAREZ. 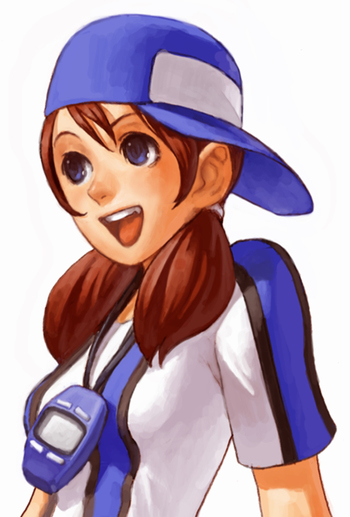 Ai and Yuki are agents of the Federation Government that are sent to investigate WAREZ's intentions. Ai and Yuki enter the tournament and after meeting many friends and enemies, they managed to defeat Goodman and free the world of Neo-Geo from WAREZ's terrible intentions. 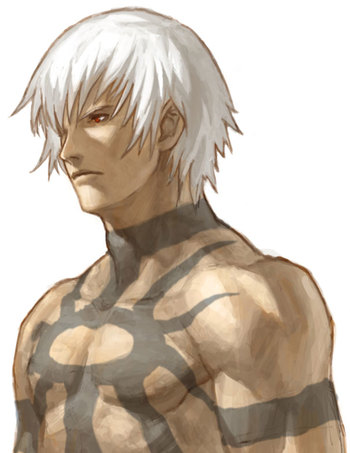 Mizuchi is a clone of Orochi made by WAREZ. It is unknown how he was exactly created, but it is implied that he possessed a part of Orochi's spirit. The body he possesses is a black-haired boy, believed to not be of Orochi blood. If he is defeated, his body will disintegrate, unable to contain the deity's power any longer. In his ending, the spirit part of the deity merges with its host and releases Orochi in the world again. Mizuchi was a Soul Gaia and he will let them return to nothingness. 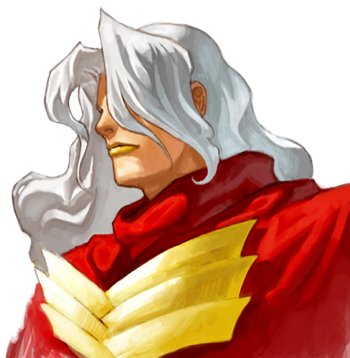 In the world of Neo Geo, a corporation named WAREZ secretly plots to conquer all that is. Goodman is the president of this company, and the one who developed this scheme. He knows that in the world of Neo Geo there are several powerful fighters that could put an end to his ambitions, so he sponsors a tournament to eliminate this threat. He creates Mizuchi, a clone of the deity Orochi, and allies himself with the alien Neo Dio and King Leo.