Characters / Ne no Kami: The Two Princess Knights of Kyoto

Characters that appear in the Visual Novel Ne no Kami: The Two Princess Knights of Kyoto 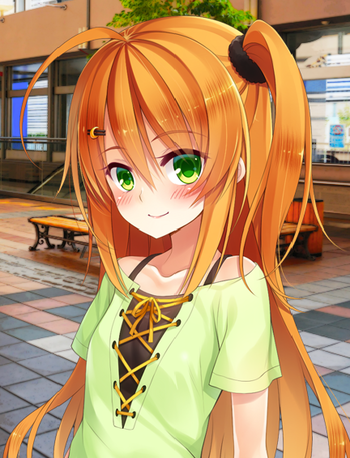 The protagonist of the story, Len is an seemingly Ordinary High-School Student who is suddenly thrust in the middle of the war between the Ayakashi and the Kunai Organization. 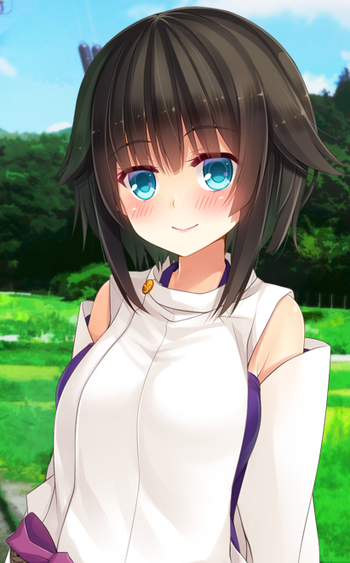 Len's childhood friend and member of the Kunai Organization who has been trained to become a Divine Sword wielder since her childhood. Loves teasing Len.
Sarume Uzume 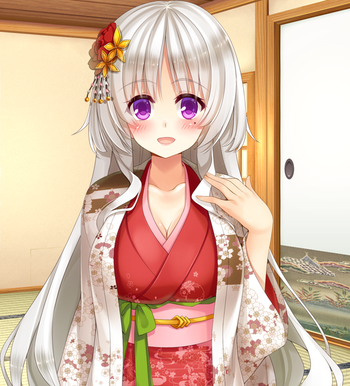 Shinonome's older sister who has lived her entire life sheltered inside the sanctuary in the village. Uzume is latest in the line of similarly named Sarume family members who posses the power to drive the Ayakashi back to the Underworld and the key advantage that Kunai Organization has against them. She's blindly in love with Len and isn't afraid to show it off either.
Himemishi Ruka/Mirukashi Hime 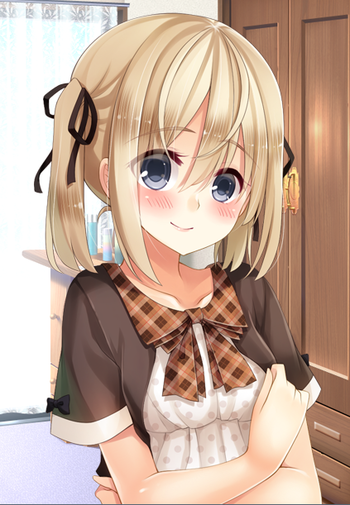 Tsuchimikado's niece who lives in the village and Shinonome's girlfriend. Ruka is a non-combatant with a mysterious past and frail body who helps out in the village with menial tasks such as food deliveries. 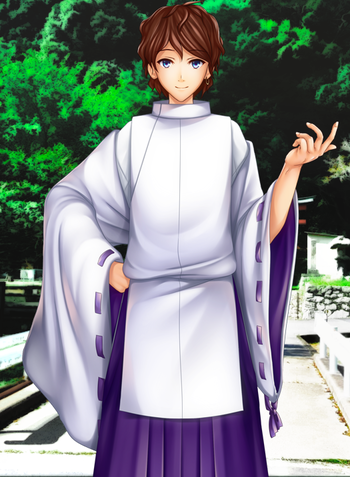 Highest ranking member of the Kunai Organizations Capital Branch, Tsuchimikado is the descendant of Abe no Seimei. He primarily occupies himself with various administrative and organizational tasks. Almost universally seen as either creepy or annoying.
Mitsurugi 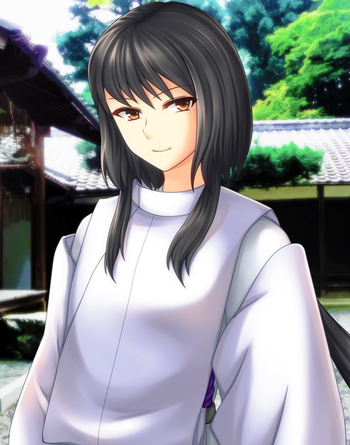 The most powerful of all the five Divine Sword wielders, Mitsurugi is an androgynous looking female who often acts as Tsuchimikado's right hand in the field.
Morita
Old gentleman who wields one of the five Divine Swords, Morita is a survivor from the Great Taisho Calamity.
Yoshimura
A kind elderly woman who is another divine sword wielder and survivor of the Great Taisho Calamity.

Miyata
Kunai Organization Centeral Branch's top field commander.
Sana
A young girl living in the village who is the only underage person living there besides the main cast.
Utano
Previous wielder of Len's Divine Sword. A highly skilled warrior who was the bodyguard of the previous Uzume and died protecting her during the Great Taisho Calamity. 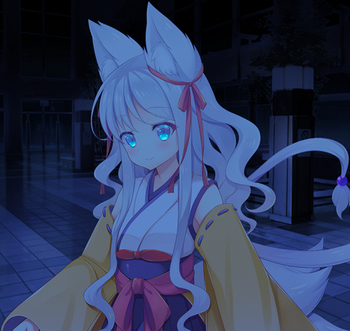 Young two tailed Fox whom Len befriends.
Inari
An extremely powerful winged fox who serves as the field commander of the Ayakashi
Tsuchigumo
God of the cultists that have been seen around Kyoto.