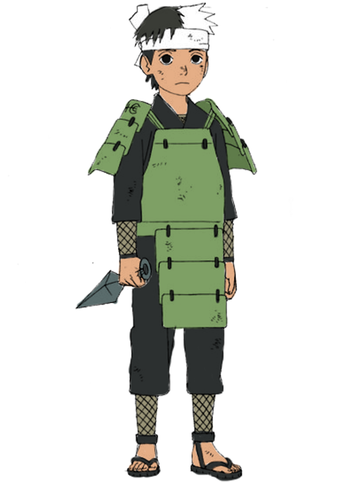 The brother of Hashirama, Tobirama, and Kawarama Senju. 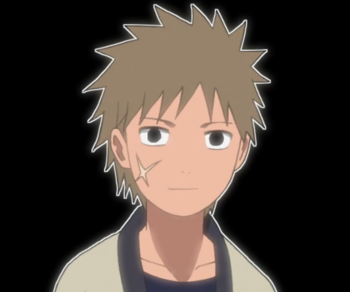 The brother of Tobirama, Hashirama, and Itama Senju. Died a pointless death in the war. His arm was sent back to his family. 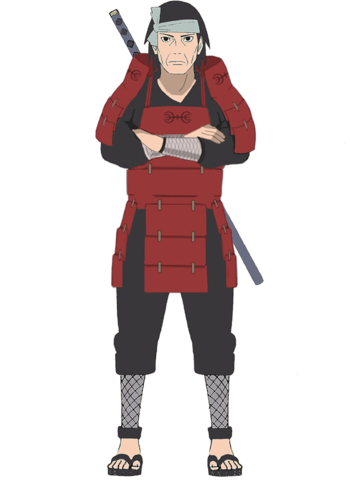 The father of Hashirama, Tobirama, Kawarama, and Itama Senju. Leader of the Senju Clan in the past. 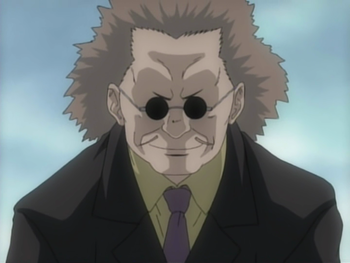 The founder of Gatō Shipping and Transport. A multi-billionaire who is said to be the richest man in the world. However, he makes most of his money with his shady business deals. Gato is the first major villain to appear in the series. 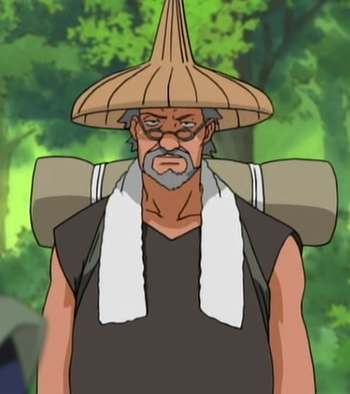 "I am Tazuna, a bridge builder of ultimate renown."

A famed bridge builder. He's working on a bridge that will connect the Land of Waves to the mainland. However, he is threatened by Gatō, a businessman who wants to stop him so that he can make money by holding a monopoly over the shipping and transport industry in the Land of Waves. Tazuna decides to hire a group of ninjas to defend him. 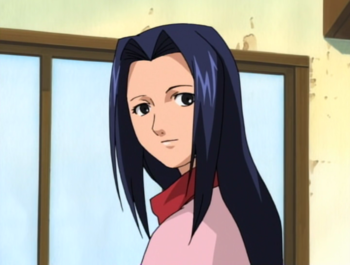 Tazuna's daughter, who lives with him. 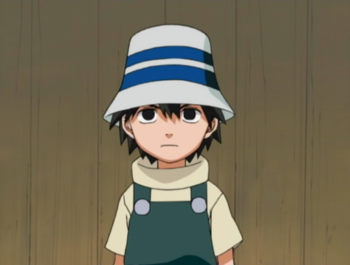 Tsunami's jaded and cynical son. Inari's biological father died shortly after he was born, so he always considered Kaiza to be his father. However, after Kaiza's public execution he was overcome with grief and believed that all attempts to stop Gatō would fail. Naruto helps him become a hero. 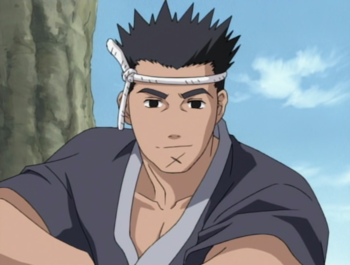 "If something is precious to you, no matter how painful or how hard it seems, no matter what it may cost you, you have to hang in there and protect it with all the strength that you've got, even at the risk of your own life. If you do that, then even if you die in the attempt, at least the world will be left with proof that a man worth living had died."

A man who saved Inari from some bullies and quickly became part of his family. Inari always considered him his father. Was executed by Gatō before the events of the Land of Waves arc. 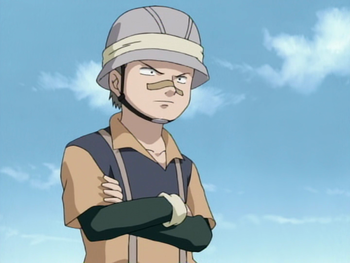 "Well if Poochie means so much to you, you better go save him."

A kid who tried to steal Inari's dog Poochie when he was young, and nearly killed both Poochie and Inari. 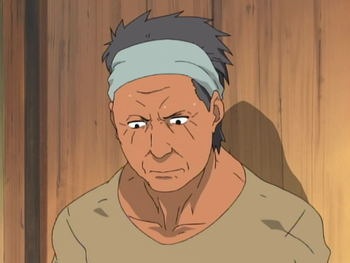 A man working on Tazuna's bridge. He quits for his own safety, but Inari later inspires him to come back and help fight Gato. 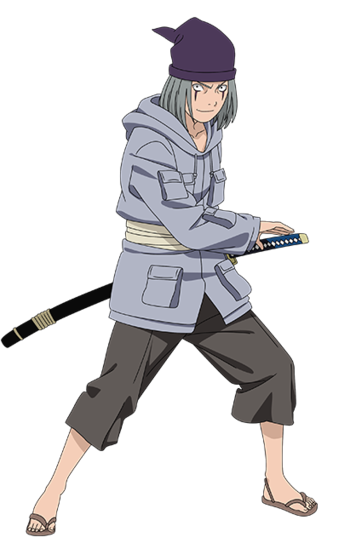 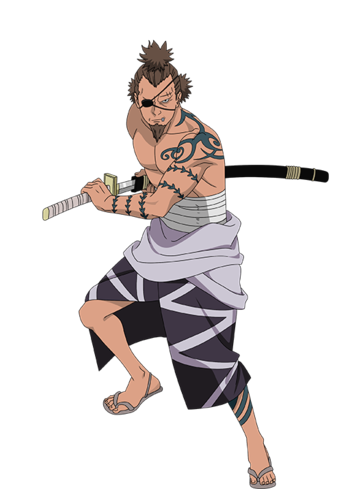 A pair of samurai bodyguards employed by Gatō. Zōri is calm and usually rational whereas Waraji is sadistic and eager to cut up everyone and anything in his way. While Team 7 is fighting Zabuza and Haku, Gatō sends these two to kidnap Tsunami, Tazuna's daughter, and use her as leverage against the bridge builder. They let Inari go at first, but the boy regains his courage just in time for Naruto to return and dispatch the samurai, leaving them tied up to be arrested later. In the anime, they escaped briefly and took Inari, Akane, and two other kids hostage for ransom, but Akane's gang escaped and informed Naruto and Sasuke who wasted no time in tracking them down and defeating the thugs once more.

Later in the anime, Zōri appears on his own during the start of Sasuke's assembling of Hebi, where the Uchiha and Suigetsu pump him for information on the whereabouts of Zabuza's Kubikiribōchō. 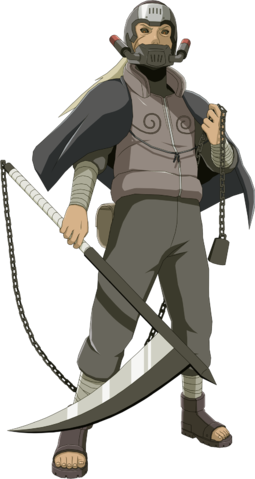 The long-lived and legendary leader of Amegakure ("The Hidden Rain Village"). The reason Team Hiruzen is recognized as the Sannin is the fact that they were able to fight this guy to a draw. Pain later kills him and takes over Amegakure for his own goals, not that it prevents Kabuto from bringing him back to life with Edo Tensei. 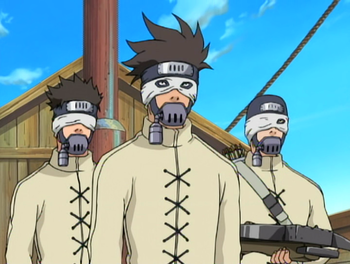 Team Oboro: From the left: Kagari, Oboro, and Mubi 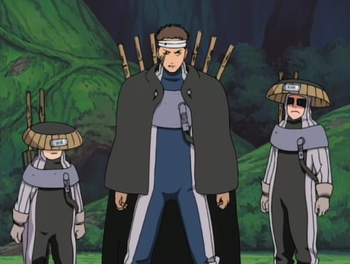 There were two main groups of genin from the Hidden Rain: Team Oboro and Team Shigure.

Team Oboro (consisting of Oboro, Mubi, and Kagari) fights Naruto's squad in the Forest of Death; as with many other Amegakure ninja, they all have rebreathers. Oboro is the one with two eyes visible; Mubi has one and Kagari has none.

Instead of having rebreathers, Team Shigure (consisting of Shigure, Midare, and Baiu) sports oxygen tanks and umbrellas. They confront Gaara and are very quickly killed. 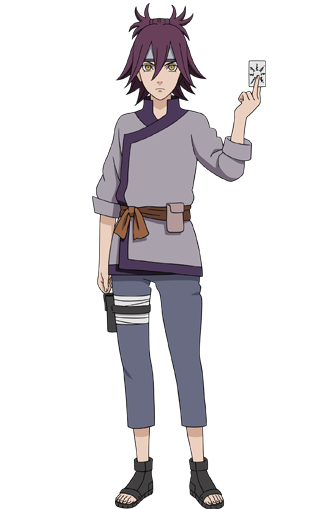 Ajisai was a young woman from Amegakure that first appeared in the manga as one of the bodies Pain would use for his Six Paths technique. She became the second Animal Path. She was later named in the Second Chunin Exam Anime Filler Arc. 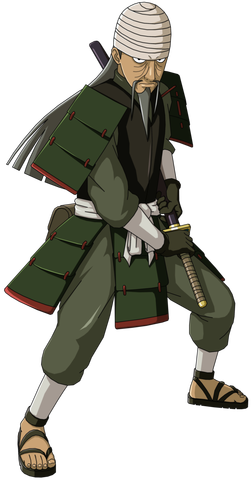 The general in charge of the Land of Iron, which is a neutral country with its own culture. It is unique among the countries, in that it is protected by samurai instead of hired ninja. He is a veteran soldier and a master swordsman, with a skill set that focuses on the use of Iai; the art of quickly drawing a sword for a slash before sheathing the sword again. He is so skilled with this technique that he is capable of interrupting ninja hand seals before they can be completed. As befitting a samurai, he is a poetic and philosophical man and is not shy about sharing his ideals during fights with a Worthy Opponent.

He acts as host and mediator during the Kage Summit that the Raikage calls forth in response to the threat of Akatsuki. During this summit, he puts forth the idea of forming an alliance between the Great Ninja Villages in response to the Akatsuki threat. He suggests Danzo be appointed leader of the alliance, as his village has the last remaining tailed-beast host, but when Ao accuses Danzo of using a Mind Control technique (which he admits to) he is outraged. When Sasuke invades the meeting room, he's the first to try to attack Sasuke, though Sasuke blocks it and runs after Danzo. After hearing of Madara's plan, he agrees to have his nation join the alliance against him. In the war against Madara, he is the commander of Division 5 AKA the Special OPS Division. 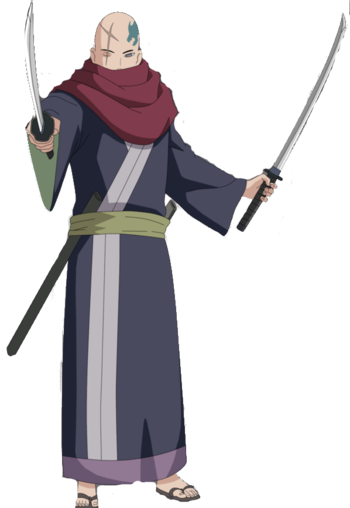 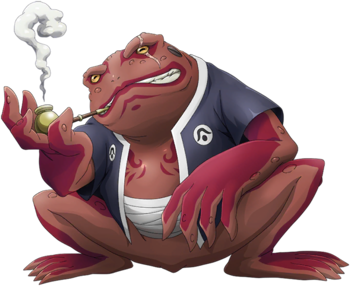 The chief toad of Mount Myoboku. He is the personal summon of Jiraiya. 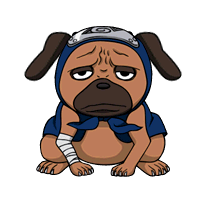 One of Kakashi Hatake's ninken (ninja dogs) and by far the smallest one. His stature prevents him from being used physically; his specialty instead lies in tracking. 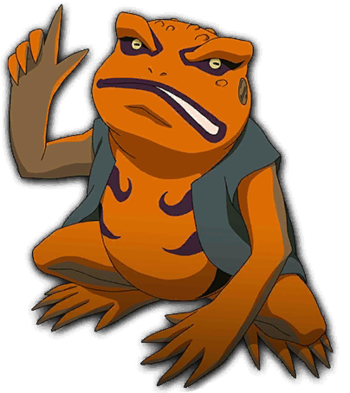 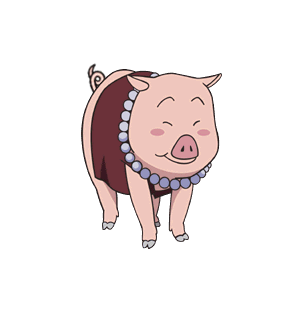 Tsunade's pet pig who is mostly seen with Shizune. 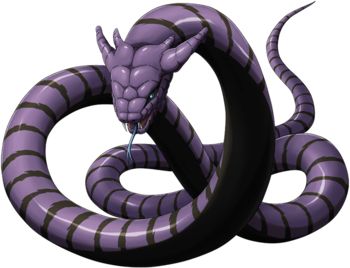 A giant snake from Ryuchi Cave and Orochimaru's personal summon. 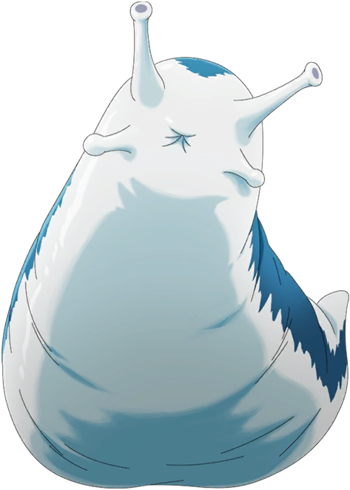 A giant slug from Shikkotsu Forest and Tsunade's personal summon. 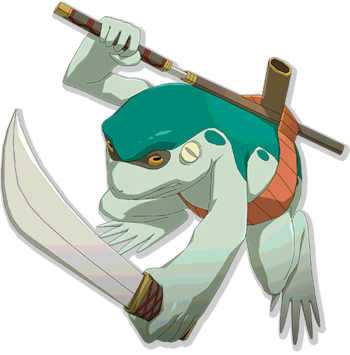 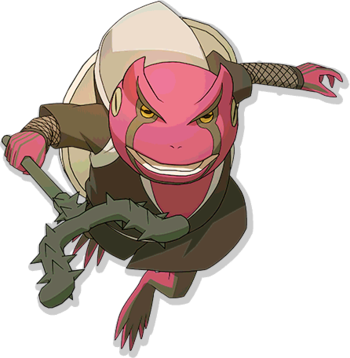 Two large toads at Mount Myoboku who are Gamabunta's equals. 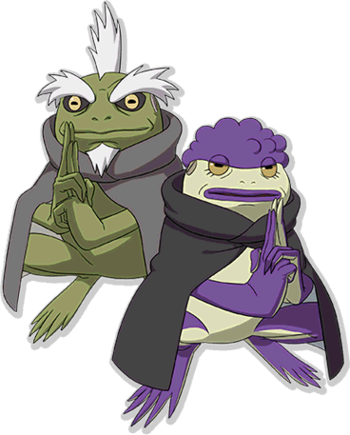 Two elderly toads of Mount Myoboku. They are respected as the Two Great Sage Toads. 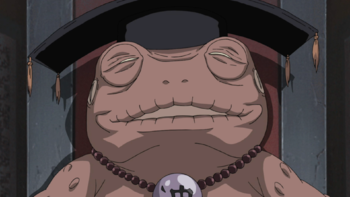 The famed snake sage of Ryuchi Cave, a counterpart of the Great Toad Sage of Mount Myoboku. 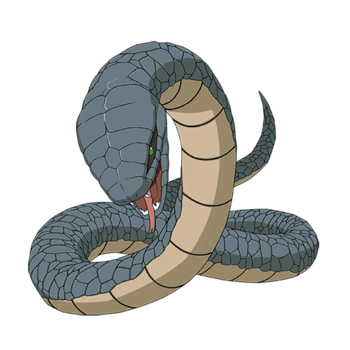 A snake of Ryuchi Cave and Sasuke's personal summon.

The guy who wrote the Naruto manga (but only in Real Life). In chapter three of the manga, a billboard with him on it is shown in Konoha.