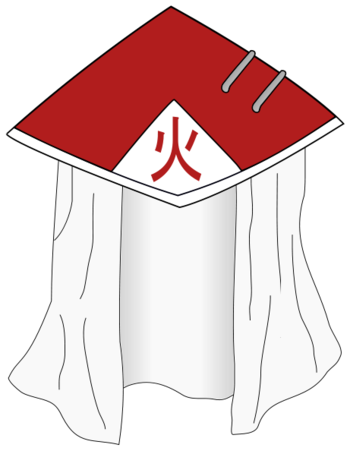 The Hokage is the leader of the Hidden Leaf village. Each is recognized as the head of the village, and each one has the talent to match.

While Hokage candidates need to be approved by the Hidden Leaf's elite ninjas, they also need the approval of both the village's other ninjas, as well as the Land of Fire's daimyo in order to take office. Having the approval of the villagers certainly doesn't hurt either.

Becoming Hokage is the main goal of the titular character, Naruto.

The fellow countrymen of the Konoha make up each part of my body… those of the village believe in me, and I believe in them… That's what it means to be Hokage!

The First Hokage, also Tsunade's grandfather, was one of the founders of the Village Hidden in The Leaves (The other being Madara Uchiha). He was one of the greatest shinobi to ever live and respected by nearly everyone. His claim to fame was his Kekkei Genkai, Wood Style, which allowed him to utilize wood for various effects, to the point of being able to combat and suppress the power of a Tailed Beast.

In Shippuden, it's revealed he was the head of the Senju Clan who, in the olden days, clashed with Madara Uchiha and his clan. He formed an alliance with Madara and the other Uchiha to establish the Hidden Leaf Village as the first ninja village; However, Madara believed that he and the Uchiha were being treated unfairly and the two fought at the Valley of the End, with Hashirama ultimately emerging victorious.

His hobbies: bonsai and wood sculpting.
Favorite phrases: "The vast lands fertile" and "Heaven's garments are without seams"
They refer to perfect beauty without any artificial elements.
Second Hokage - Tobirama Senju

My brother believed that the village was something that demolish the boundaries between clans. Well in the end it wasn't that simple… My brother was too soft… and Madara too dangerous… My role as Second Hokage was to mediate between them while protecting and reinforcing the village.

The younger brother of the First Hokage, who is a master of Water Style jutsu. He is also very impassive and lacks the merciful nature that defines his older sibling. He revolutionized the shinobi system by creating institutions and organizations, such as ANBU and the Shinobi Academy, that were adopted by all other ninja villages. Post Time Skip, quite a few new elements about him were revealed, including him being the one who created Edo Tensei, the Flying Thunder God Technique, and the Shadow Clone Technique. 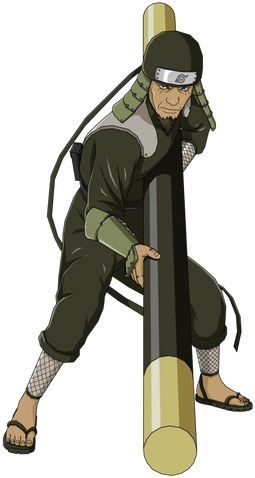 "When the tree leaves dance, one shall find flames. The fire's shadow will illuminate the village, and once again, tree leaves shall bud anew."

Hiruzen was the Hokage when the series began. At the outset of the story, he was one of only two people - the other being Iruka Umino - shown to give Naruto any consideration at all.

We learn more about him through flashbacks: In his prime, he was hailed as "The Professor" for his mastery of numerous techniques (allegedly knowing every jutsu developed in the Leaf), and "God of Shinobi" for being unquestionably the greatest ninja of his generation, and after seeing the power of Hanzo, the Third Raikage, and the Third Kazekage to name a few, this is saying a lot. He also trained the Sannin. Later, we learn that he was the only member of the Leaf's brass to speak out against the massacre of the Uchiha Clan, who were suspected of plotting a coup.

He retired after a while, giving the title to the Fourth Hokage, Jiraiya's student Minato Namikaze. After the Fourth's death, he takes the title of Hokage again. He later gets a more permanent retirement at the hands of Orochimaru, but not before sealing his old student's arms.

"To be a ninja is to be at constant war against hate. It holds true for all of us."

The Fourth Hokage, Minato Namikaze, was Kakashi's teacher, Naruto's father, the hero of the Third Shinobi World War (so feared by the Hidden Rock Village that their entire army was given "flee-on-sight" orders should they encounter him) and vanquisher of the Nine-Tailed Fox. Minato was considered to be the fastest shinobi to have ever lived, and was dubbed the "Yellow Flash of the Leaf". Notably, he was a master of the Flying Thunder God technique, which is a space-time jutsu that allowed him to teleport to any location that he marks with his special seal. He also developed the Rasengan, a spiraling ball of kinetic energy that took him three years to develop and is so devastating that it's able to defeat even S-class foes with a single strike. He later taught it to Jiraiya and Kakashi, the former of whom would eventually teach it to Naruto.

The Fourth died as a side effect of sealing the Nine-Tails into Naruto. The price for the seal was to imprison his own soul along with the Nine-Tails'. The seal has a failsafe; upon reaching 8 tails, Minato appears in Naruto's mind to prevent the total destruction of the seal. When Orochimaru split open the Shinigami Death God's belly, it released his soul from its 16-year confinement and allowed Orochimaru to put it in an Edo Tensei body.