Characters of the Visual Novel 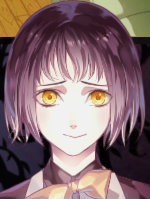 A Korean highschool student who is a devoted doll collector and treats them like good friends. A year ago, her grandfather died of illness, leaving her alone in his old mansion — except for the principal living on the second floor of the building. One day, her five Crobidolls come to life and begin going to school with her.

Eri relives her life with the dolls multiple times, in order to romance each of them and gain their heart shard. After collecting them, she is suddenly transported into a different dimension, where she is forced into Nameless' company and cannot leave on her own. She begins to slowly remember her childhood and her first friend. 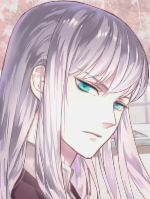 An R Line Crobidoll and the company's first ever produced doll. Lance is cold, very calculating, and takes things seriously, so he doesn't stand for a lot of nonsense. Eventually, Lance joins the discipline group of the student government. He was the first ball-joint doll Eri got and was with her before her grandfather died. As such, he is the only one who remembers him and how Eri acted previously.

Lance has a strong rivalry with Red, mostly because Red is the complete opposite of him. He also tends to be the one to interrupt Yuri's flirting attempts with Eri, usually by throwing a slipper at his head.

During the secret route, Lance is first seen looking for Eri in their classroom. The item Eri remembers him by are his math notes, which he lent to her to study prior to the exams. 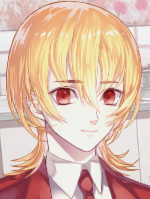 Another of Crobidoll's R Line products. Eri obtained Yeonho as a used, but slightly damaged doll online. His young and sweet design was created to bring out the mother instinct in girls. Yeonho is overall very sweet and friendly, while a little timid around strangers. He enjoys taking care of the house and cooking like Tei, with whom he is often seen helping. He quickly becomes popular at school, often surrounded by fans and piled with bread from them during lunch.

Yeonho has refined senses, being able to communicate with deceased spirits and understand animals. Crobidoll assigned him the ability to speak to animals, but even Eri is unsure where he gained the ability to see and speak to spirits. Because of this, though, he joins the Mystery Study Club and becomes proficient in reading tarot cards.

During the secret route, Yeonho can be seen in front of the school gate. He senses Eri's spirit nearby, but cannot reach her at the moment. The picture book they looked at together is what reminds Eri of him. 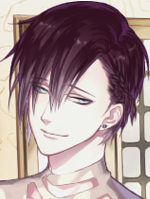 Part of the B Line of Crobidoll products, Yuri's concept idea was to appeal to and please every woman in the world. As such, his design was made older, to appear much more mature and sexier than other dolls. Yuri can play the piano and drums, joining a band as their drummer and even preforming on stage with them.

Yuri has a rivalry with Tei, whom he cannot stand and is repeatedly suspicious of because he says he knows the "real" Tei. Because of this, they tend to butt heads often, teasing or poking fun at the other in a not-so-friendly manner.

During the secret route, Yuri is searching for Eri in the department store. The item Eri remembers him by is the pair of heels he gave her. 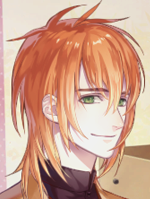 Part of the M Line of Crobidoll products and a premium limited edition. As a limited edition, he was quickly sold out and became a rarity among doll collectors. Eri found Tei being auctioned off online as a used, slightly damaged doll and managed to bid cheaply on him, shortly after having ordered Yuri. Tei is a mature, kind young man and the most reliable of the bunch. Often, he plays the voice of sense in the household and takes care of everyone.

Tei and Yuri see each other as rivals, Tei often intervenes in Yuri's route and those of others. He acts like an older brother to most of the dolls, especially towards Yeonho.

During the secret route, Tei is walking around the streets near Banjul, thinking Eri to be there. The item she associates Tei with is the smell of tea. 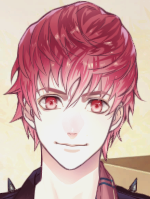 Another M Line ball-joint doll, designed with an action hero concept in mind to appeal to a specific fan-base. Because the idea didn't seem to go over well with fans, only a single Red doll was created. The doll was given away via a lottery to a Crobidoll customer and Eri won. Red is very upbeat and active, convinced that he honestly is a warrior of justice and destined to save the world and protect the girl. As such, he is quite dramatic, even being asked to join the drama club, and gains a following at school for how cheerful and reliable he can be.

Red doesn't get along well with Lance, because he's the complete opposite of him and often seems to mock Red's idealistic view of things. He calls Tei the "Commander" of the group, Yeonho "Yellow" for his yellow hair, and Eri "Heroine" since she's the only girl.

During the secret route, Red is standing in front of the merry-go-round. The group picture they took at the end of his route is what jogs Eri's memory to remember him. 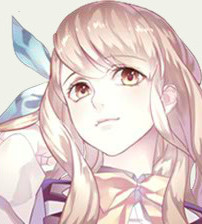 One of Eri's two friends in her class.

Soi was scouted at the same time as Shinbi, but declined the offer. She routinely finds hot guys attractive and crushes on them, but never comes across as very serious about it. She does hope to eventually find a guy who will bring the feelings of love and passion into her life. She's the president of the student government and class representative of Class N.

Another one of Eri's high school friends in her class.

Shinbi was scouted as a magazine model a while back and took the deal. She often misses school or is busy because of her job. There's a large, mostly female fanbase of hers in school that follows her around and takes some of her tasks off her hands. Shinbi is the vice-president of the student government.

The school nurse of the Crobi Academy, though he sometimes takes over science lessons. Because Yujin is overall very creepy in mannerisms and open about his love for his skeleton model, Beatrice, a majority of the students do their best to avoid the infirmary. While some girls in school have fallen for him, including Soi, he quickly rejects them, stating Beatrice's bones to be the epitome of beauty.

His work ethic is overall very lax, often preferring to spend his time praising and cleaning Beatrice while treating students with "whatever is available on the shelves." He does seem to observe the students, though. Especially when he finds one that piques his interest, such as the boys with their perfect bones and Eri with her good eye for dolls, similar to his own keen perception of bone structures. 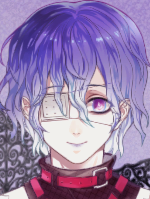 Nameless is a faceless entity that periodically appears throughout the game, often talking about Eri or narrating as an outsider about the events of the game. During the last two routes, he becomes much more directly involved and begins to talk directly to Eri, who can now hear him.

Nameless begins to destroy Eri's diary, removing her written memories and sabotaging her relationship with the dolls, all because he is obsessively in love with her. His deepest desire is for Eri to remember and meet him again, so that they can be together again. His wish has summoned the Wizard to him, with whom he makes a deal.

As it turns out, Nameless is an old toy of Eri's that her grandfather gave her. Precisely, he was a teddybear and the first friend Eri made, back when she was feeling abandoned and lonely at her grandfather's house. Over the years, though, Eri began to spend less time with and forgot about him, leaving him locked in a closet. 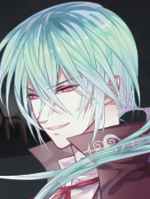 The Wizard is a powerful magician with the ability to fulfill a person's most desperate wish. In exchange, he takes their memories and it's implied that this is also his way of extending his own life. The Wizard is visible only to people who have a strong desire within them that they crave to be fulfilled. Once a contract has been made between the Wizard and his client, he cannot leave the client's presence until the wish is fulfilled.

When the Wizard ends up summoned into the room of abandoned toys by Nameless' desire to see Eri, he offers him a deal. Realizing that the dolls have heart shards in them that represent pieces of Eri's mind that she had abandoned over the years, the Wizards says he'll turn the dolls into humans and make Eri capable of meeting Nameless, if she collects them. In exchange, since he is too repulsed by Nameless' memories, he wants Eri's diary.