This page lists the characters of Nabari no Ou and their associated tropes. 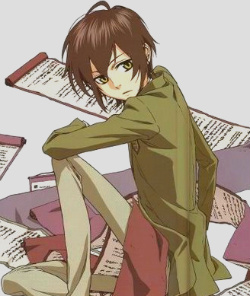 Voiced by: Rie Kugimiya (JP), Brina Palencia (EN)
The apathetic 14-year old protagonist of the series. Although Nabari's most powerful secret art, the Shinrabanshou (lit. All Things in Nature), is literally written into his body and he is venerated by all of Nabari's ninja as king, Miharu cares little about his gift's profound merits. His only goal is to inherit the family's okonomiyaki store. 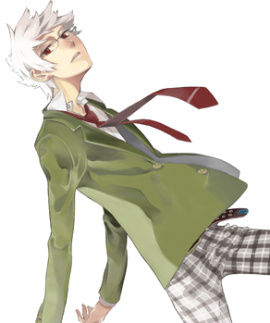 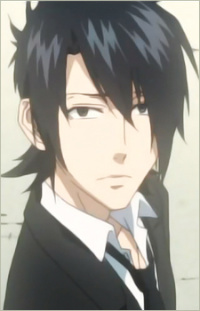 Voiced by: Daisuke Namikawa (JP), Eric Vale (EN)
Miharu and Kouichi's 25-year-old teacher in the front world. Born in Ireland, he was forced by his grandfather to go to Japan and learn to become a ninja. Among the Banten ninja, Tobari is the most vehement dissident against Miharu using the Shinrabanshou, instead advocating its permanent seal. 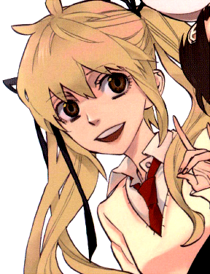 Voiced by: Ayumi Fujimura (JP), Kate Oxley (EN)
The female lead of the series. She is a samurai of the Shimizu clan and has sworn to kill her older brother Raikou, who annihilated the clan 5 years ago.
Kotarou Fuuma 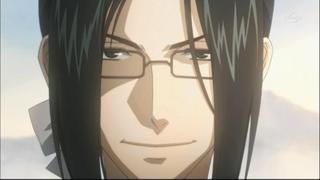 Voiced by: Ryotaro Okiayu (JP), Sonny Strait (EN)
The leader of Fuuma Village. He loves women as he claims that if he had the power of the Shinrabanshou, he would turn the Fuuma Village into a paradise where all the world's women are in love with him. 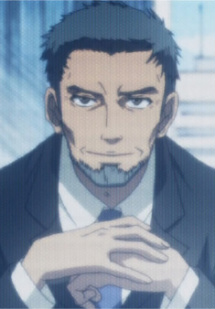 Voiced by: Joji Nakata (JP), Kent Williams (EN)
The leader of the Iga clan and the Kairoushuu. His ideal is to change history and achieve equality among humans with the Shinrabanshou. Hattori takes in many outcasts, offering them a place in the Kairoushuu. Despite this kindness, though, Hattori has little qualms about eliminating those who oppose him.
Ichiki 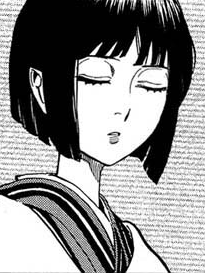 Voiced by: Yuri Amano (JP), Jamie Marchi (EN)
Often seen in the company of Hattori, Ichiki is The Leader of Kasa. Ichiki is always seen dressed in a traditional kimono and appears to be blind. 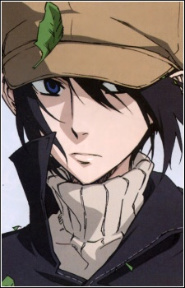 Voiced by: Mitsuki Saiga (JP), Joel McDonald (EN)
A 16-year-old ninja who uses the Iga's kinjutsushō "Kira", a technique that shoots the user's ki into the target's body and controls it from the inside out, causing the target's bones to break or their body to completely explode. The cost of using this technique is the loss of the user's life force.
Kazuhiko Yukimi 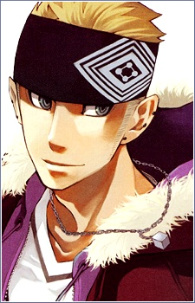 Voiced by: Kenjiro Tsuda (JP), Robert McCollum (EN)
A 27-year-old ninja. He acts as a squad leader on field missions and is a freelance writer in the front world. He claims to hate kids and calls them "brats".
Kazuho Amatatsu
Voiced by: Yui Kano (JP), Caitlin Glass (EN)
Yukimi's younger sister and Yoite's personal physician. Despite her medical license, she currently works at a sushi restaurant.
Raikou Shimizu 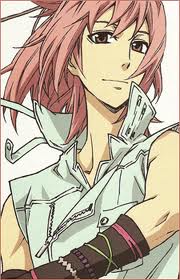 Voiced by: Junichi Suwabe (JP), J. Michael Tatum (EN)
A 20-year-old samurai of the Shimizu clan. When he was fifteen, he single-handedly massacred his entire clan, with the exception of his sister Raimei.
Gau Meguro 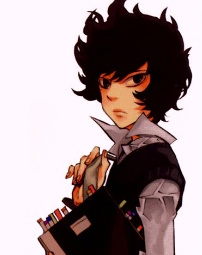 Voiced by: Nobuhiko Okamoto (JP), Greg Ayres (EN)
Raikou's extemely devoted partner. He assists Raikou with his responsibilities to the Kairoushuu, usually compiling reports and taking samples from their targets. 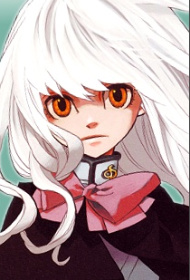 A mysterious member of the Alya Academy Student Council who seems to know more than she lets on.

Tobari's girlfriend. She's completely uninvolved with the world of Nabari and treats everyone (including enemy ninjas) kindly, much to Tobari's horror.