Characters to appear in NYX

The group of mutants assembled by Kiden Nixon over the course of the story, listed in the order in which they join her. 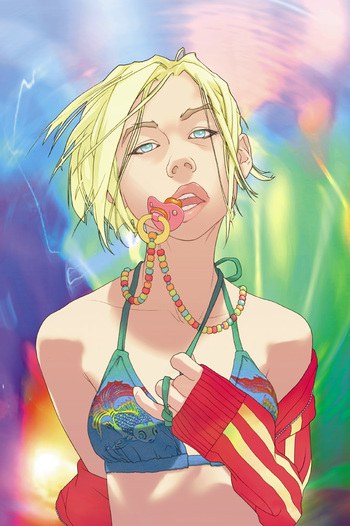 The main character of the story, NYX is primarily shown through the eyes of Kiden Nixon. As a little girl she watched her police officer father gunned down in a drive-by shooting, and has grown up into a rather troubled and rebellious young woman. The circumstances surrounding the manifestation of her powers eventually leads her to run away from home. 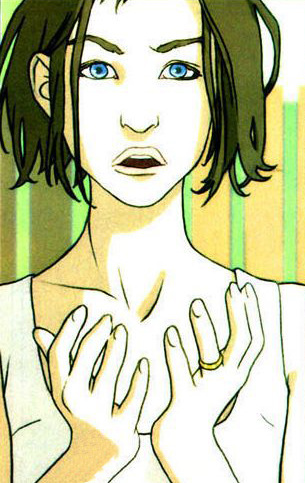 Cameron Palmer is Kiden's high school teacher. She gets caught in the crossfire of the conflict between Kiden and Hector, literally, and finds her life derailed in the process. 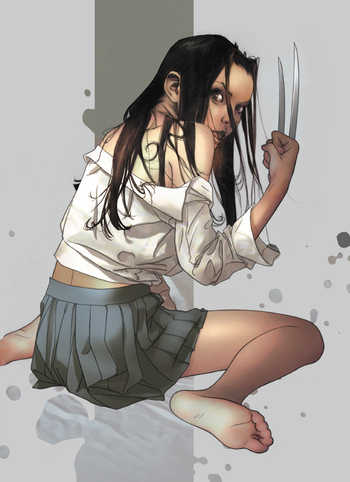 A teen prostitute under the thumb of violent pimp and gangster Zebra Daddy, she falls in with Kiden's group after a John commits suicide during one of their sessions. She rarely speaks, and almost nothing is known about her. The efforts by Kiden's group to escape the fallout of her running away from Daddy ultimately drives the second half of the book. 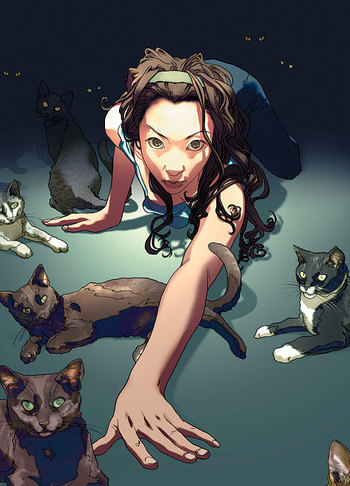 Tatiana Caban works three jobs to help support herself and her mother, on top of going to school. She publicly manifests in the middle of class, and is attacked and nearly killed by a mob as a result. She possesses shape-shifting abilities that are triggered by contacting with the blood of whatever animal she wishes to turn into. With nowhere else to go, she falls in with Kiden's group. 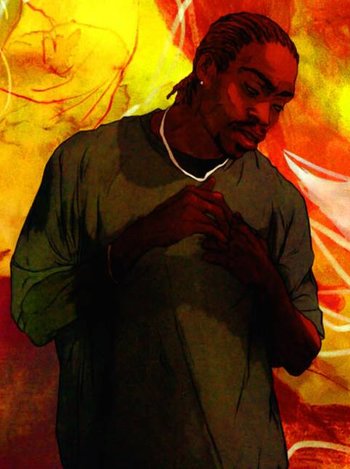 Bobby Soul, who often goes by the name of Felon, is a mutant and occasional hood. He's an acquaintance and part-time associate of Zebra Daddy, who uses him and his powers to his advantage. Bobby is a Body Surfer and Astral Projectionist who can leave his body and take control of others. While doing so, he can control them and has access to all of their memories. Daddy hires him to track down X-23 when she runs away. He takes the job only because he needs the money to get himself and his brother, Lil' Bro, out of District X, and because Daddy promises that no one is going to get hurt. 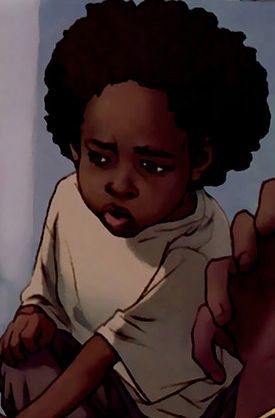 Bobby Soul's disabled younger brother, whom he is left to raise alone, with only a caretaker providing assistance when he has to leave him alone. The whole reason Bobby takes jobs from Zebra Daddy and other crooks is to raise the money he needs to get Lil' Bro out of the shithole neighborhood where they live, and take him somewhere that he can get the sort of care he really needs. At the end he's revealed to be a mutant himself, and it is strongly implied that he's either communicating with Kiden's dead father, if not projecting his apparition entirely.

The main antagonists of NYX. 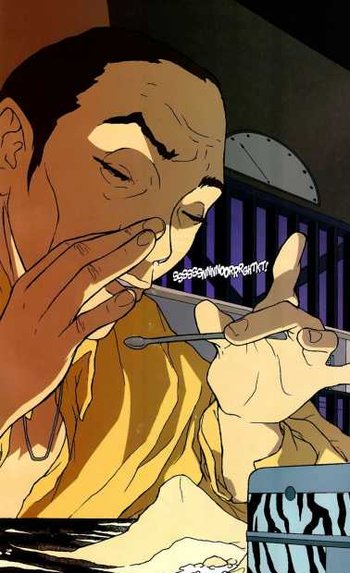 Zebra Daddy is X-23's pimp, a rather powerful gang leader in the Flatiron District of New York City. He's mainly seen arranging appointments with Johns for the girls he controls, but is shown to be able to call on a very large and heavily-armed group of thugs at need. When X-23 runs away with Kiden and Mrs. Palmer, Daddy calls on Bobby Soul to bring her back, offering a substantial reward for her return. Years earlier, he gunned down Kiden Nixon's father in a drive-by shooting. 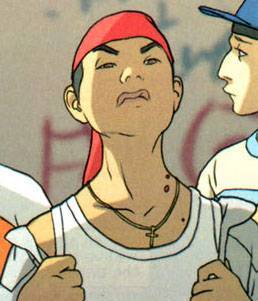 A classmate of Kiden Nixon's, Hector is a Hispanic thug with gang connections, and whose antagonistic relationship with Kiden leads to her discovery of her powers and ultimately sets the plot in motion.

Other characters in NYX: Wannabee and No Way Home, listed alphabetically. 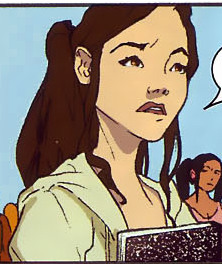 Kiden's slain father, a New York City police officer who was gunned down in front of her on his birthday during a drive-by shooting when she was very young. His ghost appears throughout Wannabee to guide Kiden in assembling her eclectic group, and in the climax it's revealed that the Gang Banger who killed him was Zebra Daddy. 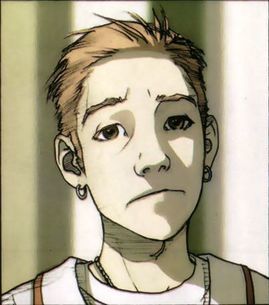 Kiden's Jerkass older brother, a low-level pusher implied to be dealing with some very nasty people.