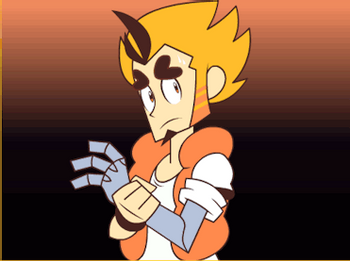 Cause the world might do me in...
Voiced by: Austin Lee Matthews
The group's reluctant, cowardly mechanic and driver.
Vivi Yukino 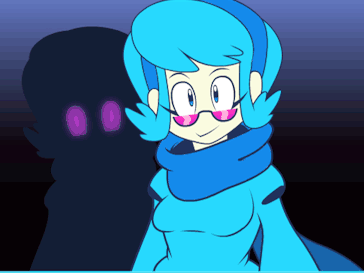 It's all right cause I'm with friends.
Voiced by: Amanda Kay
The leader of the Mystery Skulls paranormal investigation group.
Mystery 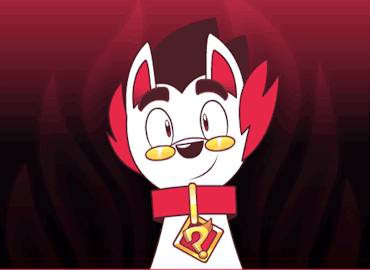 Vivi's "dog", also a member of the group. Something's up with him. 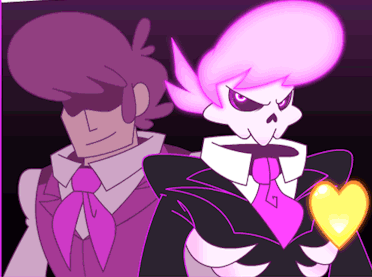 A ghost with fire-based powers who antagonizes Vivi, Arthur, and Mystery. He's revealed midway through "Ghost" to have been a former member of the Mystery Skulls and been dating Vivi, but he was killed by a possessed Arthur and now seeks Revenge.

???
??? is the green spirit that possessed Arthur's left arm.
Shiromori 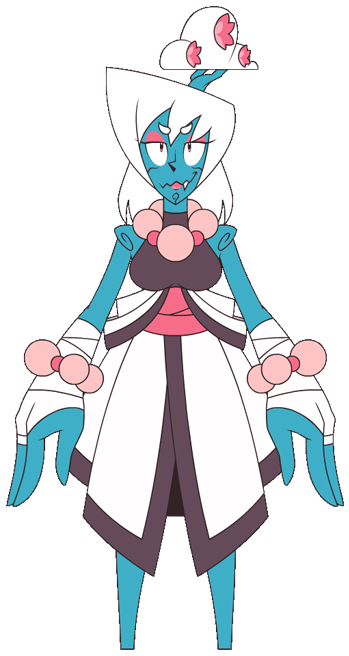 Got to get back to the life that I know!

A supernatural being who stops by the cave where the Mystery Skulls had their fateful investigation. She's not interested in that, though— she's after Mystery. 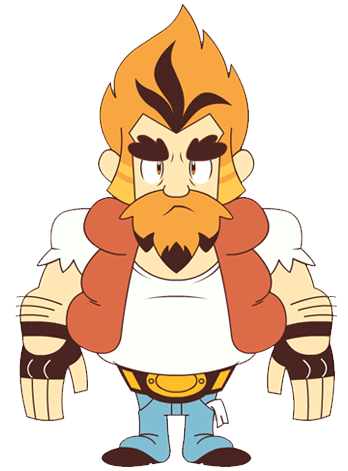 Don't know what else to do.
Arthur's uncle, and owner and head mechanic at "Kingsmen Mechanics". Makes his animated debut in "Hellbent".
Galaham
Arthur's pet hamster.
Mr. & Mrs. Pepper 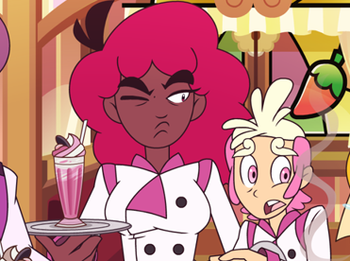 Afraid of losing you.
Owners and chefs of the "Pepper Paradiso" restaurant, and Lewis' adoptive parents.

Tropes applying to all three

The Yukinos
Vivi's family, consisting of her parents and her paternal grandmother. 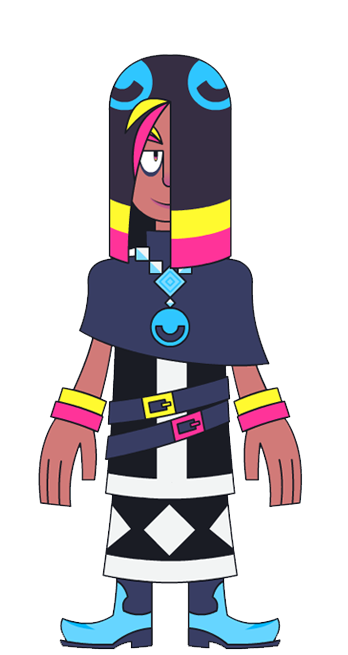 Vivi's boss at the bookstore "Tomb Tomes"; not even she knows much about the mysterious Duet outside of the fact that they are the owner of the bookstore and are a surprisingly enthusiastic conversationalist despite their deadpan delivery.
Chloe

Vivi's co-worker at "Tomb Tomes", and completely obsessed with obscure manga.
The Dead-Beats
Ghostly minions that follow Lewis around.
Mushi 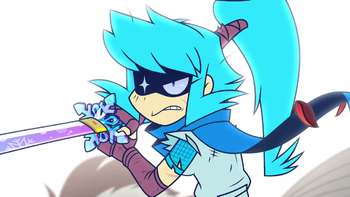 All I need is you.
A mysterious swordswoman who appears to be an ancestor of Vivi's.