Characters / My Youth Romantic Comedy Is Wrong, as I Expected

Characters that appeared in Wataru Watari's My Youth Romantic Comedy Is Wrong, as I Expected. Currently under heavy construction.

Hachiman is the story's main protagonist, an isolated, friendless boy who is pragmatic to a fault. His most prominent feature is his set of "dead fish-eyes". He firmly believes that "youth" is simply an illusion created by hypocrites, for hypocrites, born from the ashes of past failures. In this state of apparent corruption, he is coerced into joining the Service Club by his futures advisor in the hopes that exposing him to the world will change his personality, and ultimately make him a "better person". Despite his cynical views, Hachiman is a very selfless and kind-hearted person, though his methods to help others make him often look unsympathetic.

Yukino is the leader of the Service Club, of which she is the sole member until Hachiman joins her. She is smart, beautiful, and is nicknamed the "Ice-cold Beauty" for her icy demeanor. She has a twisted sense of "noblesse oblige", and believes that it is the duty of the exceptional (in other words, herself) to help the "lost lambs" of the world. Her personality often leads her to be disgusted at the naivete and lack of understanding what life really is of others, particularly Yui's, and she does not hesitate to show it. Still, she's very selfless and even states she always helped everyone, even people she didn't know, despite the way others treated her. She becomes best friends with the latter, and even in her demeanor she becomes kinder and friendlier.

Yui is a cheerful, outgoing girl who becomes the Service Club's first "customer", asking them to help her bake cookies for "a certain someone." Her problems lie not with her personality, but with her inability to deal with issues by herself. She believes that talent is inborn, and often aspired to be like others until Yukino changed her way of thinking. Following her experience with the Service Club, Yui begins to attend Service Club sessions after school as well, despite Yukino's objections early on. While she's kind, helpful and selfless like the other two main characters, she doesn't manage to be brutally honest as them, always trying to be as nice as possible and to befriend others. Though, she becomes more honest and brave, helped by Hachiman and Yukino, who may be harsh but helped her growing nonetheless. 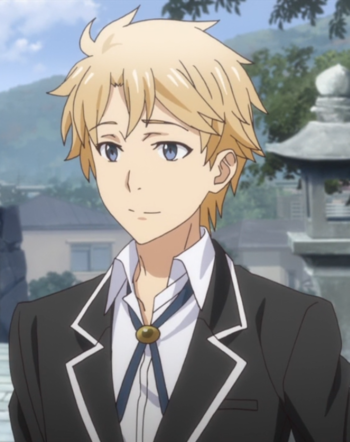 Hayato is a central figure in class 2F and the ace of the football club. Well-liked by his peers, he is extremely kind to other people, including Hachiman, and often selflessly offers his help to others. He is one of the few people who seems to understand Hachiman's intentions, though he knows their different positions and philosophies will never allow them to be friends. He is a former friend of Yukino's, and envies Hachiman's ability to help her. 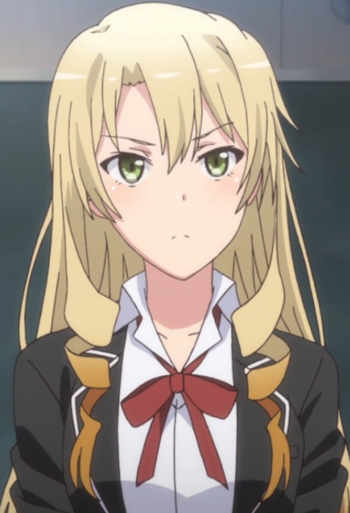 Yumiko is a popular girl from class 2F with a pompous personality. She is the main female figure in Hayato's clique. Due to her popularity, she has no trouble making friends and thus has little to no understanding towards people who have social troubles. She brushes off anything she doesn't understand as "making no sense". 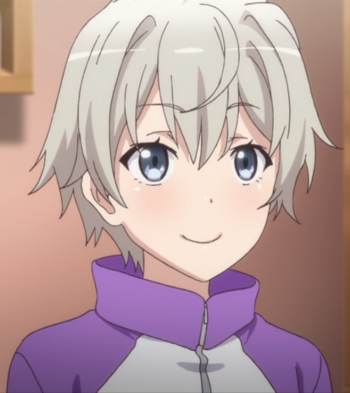 Saika is a member of the Tennis Club who has a feminine appearance, but prefers others to not mistake his gender. He is called "The Prince" by his female classmates. On their first meeting, Saika asks Hachiman to join the tennis club, but was brushed off by Yukino. Saika then asked the Service Club to help him improve his tennis skills so that he may properly train others. He eventually became one of the few people in class 2F who enjoys talking to Hachiman, and often hangs out with him. 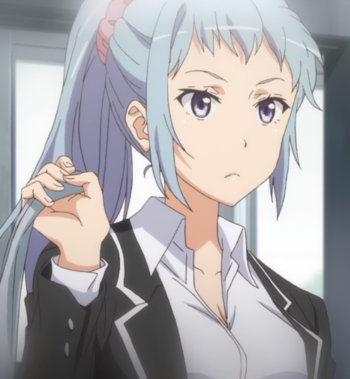 Saki is Hachiman's classmate who looks like a delinquent but was formerly a model student in junior high. She cares deeply for her brother as she hid her name and age to work in night-shift part-time jobs in order to pay school fees and reduce her family's load. 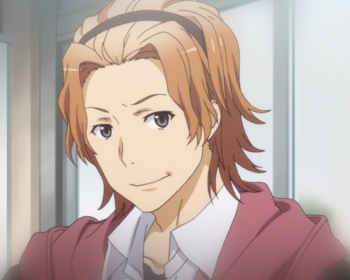 A member of Hayato's clique and classmate of Hachiman's. Tobe is a bombastic, foolhardy individual, well known for his cheerful demeanor but also for his quite poor grades. Like most of class 2F, Tobe regularly mistakes Hachiman's name as "Hikitani." 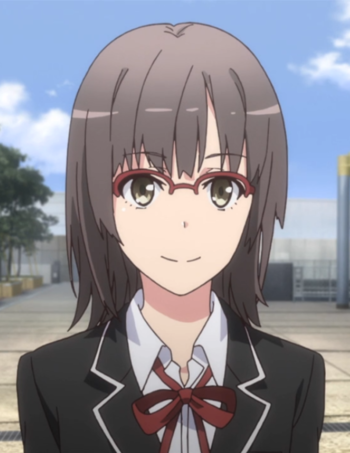 A close friend of Yumiko and Yui's, and a member of Hayato's clique. Hina appears to be a rather unassuming character, but she is actually a proud fan of Yaoi and prone to passionate ravings about her interests. 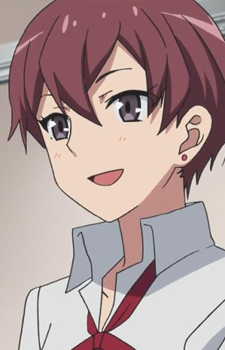 A seemingly sweet and unassuming girl who in actuality pretends to be so to gain attention. Her desire for recognition leads her to becoming chairman of the school's culture festival. She comes to the Service Club to request aid as her duties as chairman are more than she bargained for. 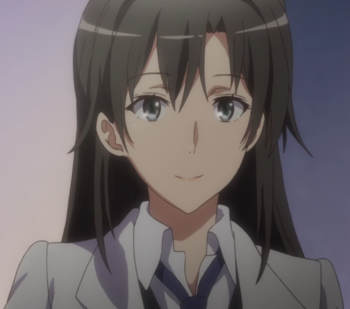 Shizuka is Hachiman's teacher, a language teacher who serves as his futures advisor/counselor. She is aware of Hachiman's supposed "problems", and takes steps to ensure he is freed from them, her first move being to force him into joining the Service Club. However, she appears to have some quirks of her own: she is a young smoker, she is very sensitive about her age, and she is often prone to quoting or copying scenes from popular shounen manga. She also never remembers to knock before entering the Service Club's classroom, much to Yukino's chagrin. 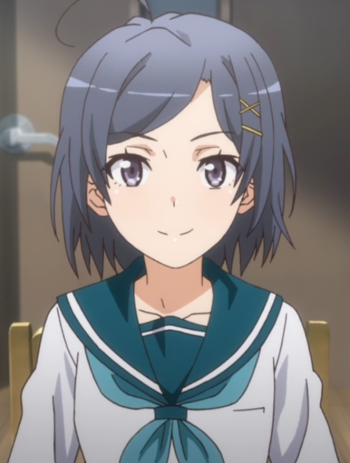 Komachi is Hachiman's younger sister who, different from her brother, is cheerful and lively, and is a member of the student council in her school. She understands that her brother has a corrupted personality but still cares for and relies on him regardless. 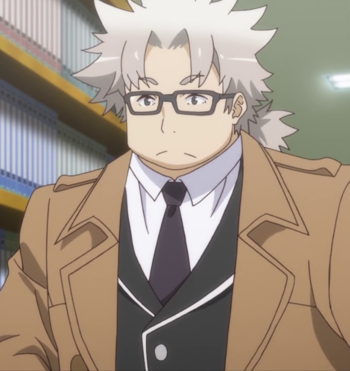 Yoshiteru is a student from class 2C who suffers from adolescent delusions. He sees Hachiman as a friend after being paired up with him during physical education lessons. While he is annoying, he has a group of otaku friends he's on good terms with. He aims to be a light novel writer. 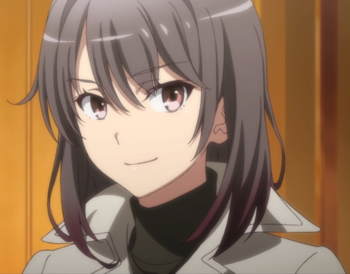 Haruno is Yukino's older sister who is even more outstanding than Yukino: same talents, but better social skills. However, unlike Yukino, she shows a good attitude towards other people, even if she has to lie about her true feelings most of the time. While Yukino holds strong animosity towards her, Haruno sees her sister who's constantly trying to overtake her as cute. 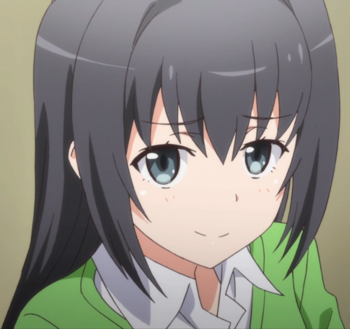 A primary school student the Service Club meet while volunteering at a summer camp. Rumi is a quiet girl who struggles to fit in with her classmates after they senselessly ostracize her.

Iroha is a 1st year at Sobu high and the club manager of the soccer team; later taking on the job of student council president. Hachiman initially sees her as a "not cute Komachi" or a "better version of Sagami." She puts up a facade in front of others to create a cute appearance, and she only shows her honest self to Hachiman. Considered by Hachiman to be the second most rotten person in the world, only losing out to Hachiman himself. 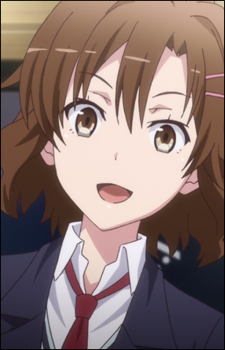 Orimoto was Hachiman's former classmate in middle school who now attends a different high school. Her rejection of him emotionally scarred him, contributing to his present cynical self.