Characters / My Candy Love The Dates

The Student Body President and one of the first boys you can meet. Nathaniel is a nice, respectable guy who can be studious to a fault. He can get a bit too serious at times but your candy can always get him to lighten up. He has a rocky relationship with his twin sister Amber and it's heavily implied that he does not get along well with his parents. He also hates Castiel with a passion and gets good at playing drums.

Nathanial is one of the lucky boys who returns to be an eligible bachelor in University Life. But be warned, he is far from the responsible and studious Student Body President we met in High School Life. Now that the pressure his parents' put on him is off his back, Nathaniel's decided to let loose and enjoy life which seemingly involves making some questionable decisions. But hey skipping classes to party and striking fear into the hearts of shady men in alleyways doesn't mean that the good ole' kind and dependable part of him is gone...right?

Nathaniel is once again an option in Love Life. Now that he's put the past behind him, he is enthusiastically giving his all to his blossoming career as a police inspector. The summary claims that long gone is the anger-filled Nathaniel of the past and now, as your Candy's friend or lover, he is devoted, responsible, and all-out friendly again...for now.

The bad boy of the game, Castiel is also one of the first boys you meet. He is rebellious, snarky teenager who skips class and smokes occasionally but deep down, he is a good guy. He meets his match if your candy has a bit of an edge to her, but that doesn't mean he'll be nice to you right off the bat. He owns a large Belgian Shepherd dog named Demon and plays electric guitar. His best friend is Lysander and he can't stand Nathaniel.

Castiel was the other lucky boy to make a return in University Life. He's made his official debut in Episode 4 and he's already doing quite well for himself as the successful lead guitar player and singer in a popular band called Crowstorm. So he's traveling around playing concerts and coming back to town to study music classes at Anteros Academy. The old High School Castiel may have grown up a bit and may be a littttle different than how you remember him, but he remembers you. Oh boy does he remember you.

A transfer student first mentioned in episode 26 and appears for the first time in episode 27. She's originally from India but her parents travelled a lot, and therefore she has been to several schools all over the world. Upon arrival she immediately becomes the center of attention and envy from Candy. But this girl turns out to be too sweet, too cool, and too vicious towards her enemies to cause any real problems. As a matter of fact, it isn't long before this intelligent and proud girl is becomes one of Candy's closest friends.

Priya returns to University as a lovely young woman making her way through law school. She has not loss a single ounce of her spunk and she's more than happy to use her knew found knowledge of law and fine tuned debating skills to help Candy out with her daily problems. But as cool as she is, as fun as she is to talk to, and fantastic as it is know that somewhere down the line, she may grow (or admit to having) feelings for Candy, she's still hiding something. It's possible that there may be a very serious reason that her parents had to travel so often. This time around, it may be Candy's turn to help her out. 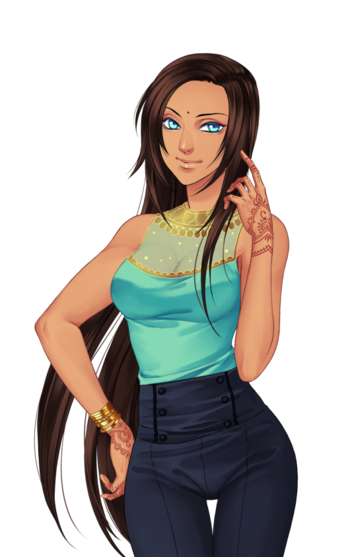 A new love interest for UL. You first meet him while he's on shift at the Cozy Bear Cafe, the very place you intend to work too. He happily brings you on board (for his ONLY other companion is the boss Clemance) and from then on, you've found yourself a strong source of support. Hyun comes uncomplicated because he's not in a position of power over you, he's not hiding some shady secret related to some shady dealings, and he's not swallowed up in his own emotional turmoil. Oh no. The excitement of pursuing Hyun comes from a much different avenue. 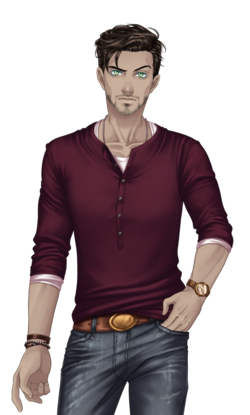 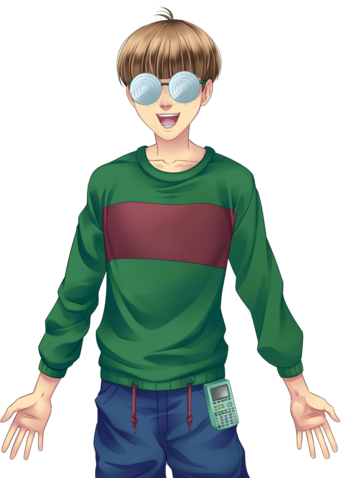 The third boy you meet... Well technically you already knew him since he went to the same school as you before. But he is the one that changes the most. He starts off as a clingy boy madly in love with your candy. You could say the meanest things to him and he'd still pop up randomly offering you cookies. But then word of Amber bullying him reaches his father and he gets sent to boot camp to toughen up. He comes back 10 episodes later a changed boy. If you were mean to him, he doesn't like you. If you were nice to you he still likes you but is not nearly as obsessive as he was before. Kentin now seems preoccupied with looking tough, but a few nice words from your candy can have him forget that and be sweet again. He still loves cookies.

Unfortunately he was unable to make the cut for University Life. Last that is heard, is that he is off happily being a dog trainer. 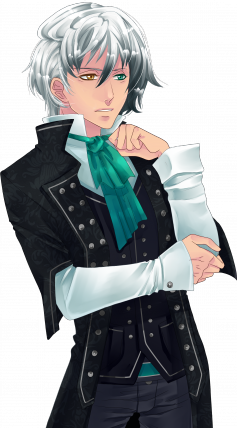 Officially the fifth boy you meet. Lysander is a mysterious boy who doesn't like talking about himself. But don't worry; if you can respect his privacy and not jump to conclusions about others, he'll open up to you eventually. He is an eloquent singer and songwriter and is quite the gentleman, however he is very forgetful at times. He also very much enjoys fashion, especially Victorian era and Lolita fashion. His best friend is Castiel and he is close to his older brother Leigh and Leigh's girlfriend Rosalya.

Unfortunately he did not make the cut for University Life. Last that is heard, is he happily tending the rabbits and other animals and crops on his deceased parents' farm out in the country.

The other twin and the last bachelor to appear so far (although you meet him shortly after you meet Alexy). Armin is much more subdued than his louder twin but he still has a lot of spunk in him. He is a HUGE video game fan and enjoys it when your candy can understand all of his references (even make a few of her own). He's not an outdoorsy person, preferring to be inside at all times. He focuses a lot on his video games but he's willing to lend a helping hand if needed. He gets along with Alexy but doesn't share his passion for clothes and shopping.

Unfortunately the dynamic duo is now the dynamic uno. Armin could not return to University Life as he is busy living the carefree, dangerous life of a hacker working for a big IT company.