Rudi/Rudy, Rudeus of the Quagmire, Quagmire, The Owner of Dead End

The protagonist of this story.
In his previous life, he was a Japanese unemployed middle-aged man, who was eventually kicked out by his siblings for his non-productiveness. He ends up saving some highschoolers from a truck, but is killed in the process. When he awoke, he was a baby in another world and decided to not waste the second life he was given.

Rudeus' father and former leader of the Fangs of the Black Wolf.

Rudeus' mother and former member of the Fangs of the Black Wolf.

The maid employed by the Greyrats in preparation of Rudeus' birth. She was once a guards-maid for an Asura noble, but suffered an injury which cost her her job. When she arrived in the Fedoa region, she found an employment ad from a lower class knight, who turned out to be Paul Greyrat, an old acquaintance of hers, who immediately hired her.
Norn

Half-elven (actually Heinz Hybrid as her mother has Beast Race ancestry) that got bullied because of her race and befriended by Rudeus in Buena Village. She learned magic from Rudeus and they became each other's Only Friend until Rudeus takes a job as a Tutor in the Boreas Greyrat House.
Eris 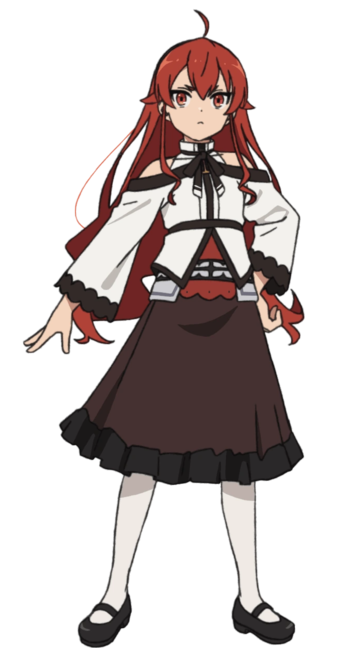 Daughter of Phillip Boreas Greyrat and granddaughter of Sauros, governor of the Fedoa territory. She is a high-spirited young lady whom Rudeus is assigned to teach.
Roxy 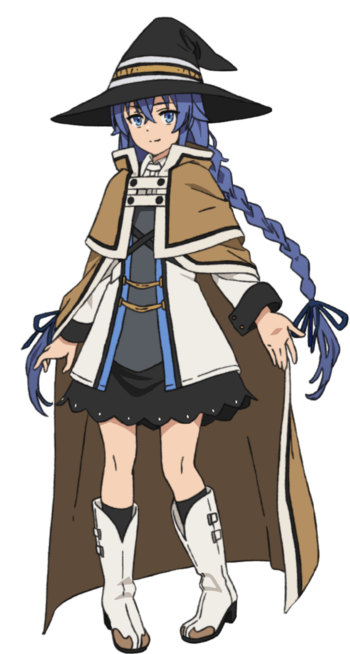 A member of Migurd Race and Rudy's first magic teacher.

A female beastkin who became a retainer in the Boreas Greyrat House and former member of the Fangs of the Black Wolf.

A Supard warrior who helped Rudeus and Eris out of Magic Continent and to people whom they know. An Atoner who would always protect children. 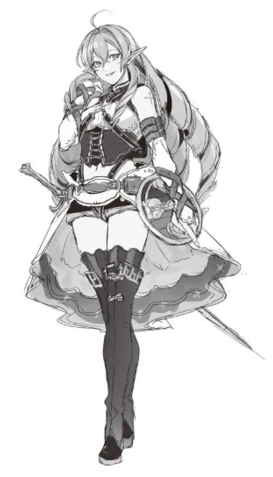 A 200+ year old Elf and former member of the Fangs of the Black Wolf.
Cliff

Grandson of the Pope, Rudeus' senior classmate at the Magic Academy.

Miko and Prince of Shirone, Rudeus' classmate at the Magic Academy.

Gisu is the last survivor of the Nuka race and former member of the Fangs of the Black Wolf.

A mysterious genius student who is also an inventor residing at Ranoa Magic Academy.

By the way the story is presented (and spoiler), it is easier to categorize the character by their residences.
Magic Continents
People that appears at Magic Continent.

One of Living Demon Kings under Laplace. Leader of Moderate faction. Is also The Armor God and so, one of 7 Major Power.

Literally Human God. A mysterious entity that appears in Rudeus' dreams to help him by giving information.

An ordinary girl who uses her power as miko to defend her country.

A member of Dragon Tribe who oppose Hitogami and later becomes Rudeus' Boss.