When the Arisen went through the Rite of Return, they had to face the Judges of Duat, and decide which aspect of their soul defined them. These aspects, based on Egyptian Mythology, are what gave them their "Decrees": Heart (Ab), Spirit (Ba), Essence (Ka), Name (Ren) and Shadow (Sheut).
Arisen in general 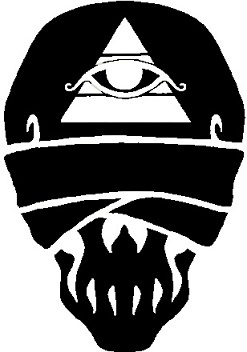 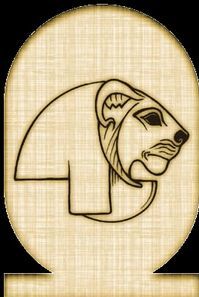 The Lion-Headed Decree, associated with Heart. Sometimes nicknamed "sphinxes", they are known to be spiteful, instinctive and passionate. They believe people are defined by their passions, making them the most human of the Arisen - though others frequently see them as too emotional and unreasoning.
Ba 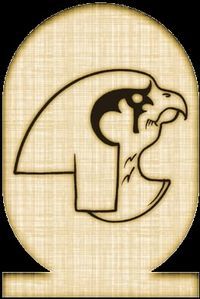 The Falcon-headed Decree, associated with Spirit. Impulsive, adventurous and proud, they believe in actions, making them constanty moving and striving. 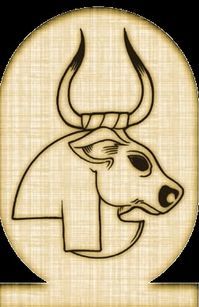 The Bull-headed Decree, associated with Essence. Reliable, obstinate and obsessive, they decided in their death that something mattered, and continue to carry that certainty. 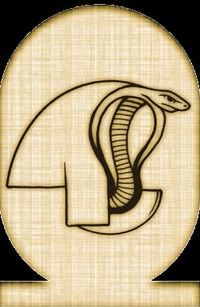 The Serpent-headed Decree, associated with Name. Sometimes nicknamed "Whisperers", they are studious, prying and disciplined, and focus primarily on the identity - the idea there's a truth to and within everything, and that this truth makes each thing itself. 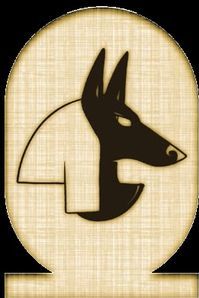 The Jackal-headed Decree, associated with Shadow. Sometimes nicknamed the Ferrymen, they are contemplative, morbid and mystical, devoting themselves to the mysteries of death and time.

Bearers of the Engraved.

Between the masters and the slaves, there were middle-class citizens and freeworkers who weren't particularly remarkable, but still knew enough to be useful. Nicknamed the Maa-Kep, or "Bearers of the Engraved", they became so useful they were eventually made Irem's Secret Police, in charge of preserving the city's ideological purity.

The alchemists of Irem, the Mesen-Nebu were the ones who unlocked the secret of bronze and other metals, giving the city its industrial basis. Despite this however, they were very disliked by everyone, in great part due to them treating low-caste workers as resources at best.

The scribes of Irem, the Sesha-Hebsu were archivists, notaries, and tax assesors, in charge of knowledge and truth, making them the second most respected in status, preceded only by the Shan'iatu themselves. In modern times, they are mediators, investigators and researchers.

Shepherds of the Chamber

The priests of Irem, the Su-Menent were in charge of dealing with religious matters, practicing the Rite of Return for the Shan'iatu and generally dealing with occult matters. In modern times, they ensure the Judges are still worshipped.

The architects and engineers of Irem, specialized in the creation of magical effigies. Believed to be the youngest of the Guilds, they were assembled by the Shan'iatu with the purpose of finding new ways to advance Irem's understanding of civilization, technology and magic. In the modern day, they are fascinated by this new world and try their best to adapt to it.

The Deceived
The infamous sixth Guild, who for some obscure reasons forgotten by most Arisen rebelled at the end of Irem, forcing the five other Guilds to unite in order to put them down, even resorting to dark magic just to make sure they wouldn't be able to rise. Despite this, rumors persist that members of the Guild still survive, seeking revenge against their former compatriots.

The rumors are true. The Deceived still walk the world.

And they hate every second of it.

The Akhem-Urtu, to use their proper name, were once the purest artisans of Irem; whereas all other Guilds focused on mostly practical pursuits (including the Su-Menet, who focused mostly on the direct intervention of mystical powers), the Restless Stars were patrons and purveyors of the arts and philosophy. If you ask the temakh, the remnants of the Shan'iatu guildmasters' psyches, they were by far the most important, being in effect the soul of Irem - and the source of many of its problems, since it was they who came up with the idea to kill Azar and resurrect him as their pawn. As the Shan'iatu began preparations for the Rite of Return, however, the Akhem-Urtu started to grow suspicious of their fellows' intent, particularly given how it seemed the other guilds did not consult them for assistance in the sacrifices needed to power it. Eventually, one interrogated Anpu, God of the Dead, and realized the truth; because it was the Restless Stars who had named Azar King when the Shan'iatu reincarnated him, so did they have the most mystical sway over that title. Just as the Rite would presumably allow the Shan'iatu to replace the Judges of Duat, said Rite would presumably also give the Akhem-Urtu authority to make themselves Judges of both Duat and the living world. So, they decided to hijack the Rite, and become the first among equals once again.

It didn't work out that way.

Rather than make them the mightiest of the ascended guildmasters, the hijacking was itself hijacked (at least, they think it was hijacked) and shattered the Semi-Divine bodies of the future Deceived guildmasters, binding pieces to them to the mortal members of the guild who had successfully become Arisen and blending them into inchoate masses of both personalities. As they regained their bearings, the temakh slowly realized what had happened and slowly turned wroth with rage, realizing they had been denied their chance at godhood and now were mere shadows imprisoned in the minds of their own lieutenants - and worst of all, they had lost their artistic capacity, unable to use their shared brains to grasp the Nomenclature of True Name magic and art so transcendent it calls down the stars themselves. But their lieutenants, however, were just as powerful as the other Arisen - if not more so, thanks to the sentient spark of divinity within each of them. In dreams and portents, the temakh gave their Guild new orders; find new art to replace what they had lost, collect the seba, the semi-physical spells that serve as the Lost Guild's relics, and above all else, punish the Shan'iatu.

Since the Shan'iatu are rather hard to reach, the Deceived have settled for the next best thing: Their servants.

A collective term, the name "Lifeless" actually cover three different types of creatures: Amkhata, Sadikh and Shuankhsen. The one thing all these creatures have in common is that they aren't considered alive in the traditional sense of the term, hence the name.
Amkhata
First created during the earlier times of Irem's discovery of magic, Amkhata are grotesque animal anomalies, looking like amalgams of various beasts, which are either born from wasted Sekhem or unholy rituals. They usually exist in a state known as "amxaibit" ("in shadow"), where they are immaterial beings similar to ghosts and spirits, but whenever they manage to feed on the proper occult energies (especially Sekhem), they can become "amxuti" ("in between the two horizons") and turn tangible. This makes them painfully problematic to Arisen, since they seek out Relics to drain them of their energy.
Sadikh
Half-alive servants created by the Arisen, the Sadikh are chained to a similar cycle of death and rebirth. Unlike their master, however, they spend their "rest" time dreaming a false normal life, allowing them to keep their knowledge of the real world fresh. Whenever a Mummy rises again, her Sadikh usually awakens as well, eager to serve.
Shuankhsen
The Arisen's Evil Counterparts. Shuankhsen were members of Irem's underclass who were offered by the Shan'iatu to Ammut, the Great Devourer, as part of the price to develop the Rite of Return. Since then, however, Ammut has abused this ability, sending them to the living world so they could be killed and devoured by her again. This has eventually allowed her to develop an interest in devouring life itself, and she has started using them as minions to do so.

Cults
Most Mummies form cults to serve them, using them as both as minions, contacts, support, and a means to help them adapt to the modern world. These usually consist of secret groups of humans who form around a mummy and dedicate themselves to helping her, though not all members will always know about it. In time of need, they can also use rites to awake their master.
Last Dynasty International
A powerful company who study Mummies and everything related to them, trying to make profit out of it.