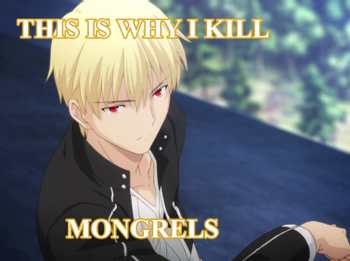 Our King of Heroes

, its only natural that the original Mother Fucker is him. His dazzling kinglyness made other characters show up on tumblr as well. His only response to this is mongrels, mongrels everywhere. 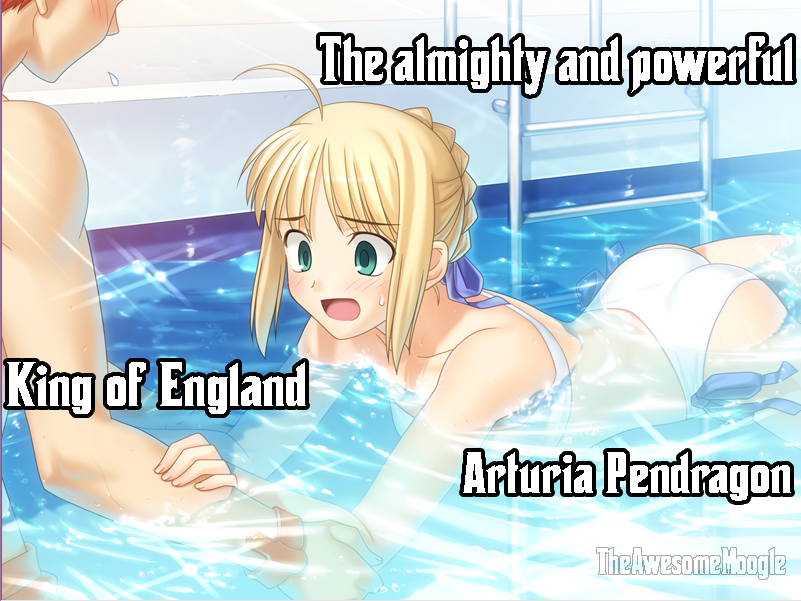 with Gilgamesh back and forth for a bit on her main (and being mistaken for an RP blog), she asked him permission to make a sideblog to his. Thus the second Motherfucker was born. People think she has a thing for Gilgamesh because of this (and other factors), but they are "gravely mistaken".

"I am empty, so all things are meaningless for me."

Through observation in the growth of the MHGW community and having just finished the VN, he had snatched the previously "motherfuckingtsubamegaeshi" URL to the current "motherfuckingnamelesssamurai" to take control of the character that is the unlucky Samurai. Unfortunately, his fate in the MHGW is similar to that in either of the 3 routes in existence in Fate/Stay night. He shows minor insanity in his behavior having talked to the gate of the temple in place of people, as if he had a choice. This insanity is not to the extent of that in Carnival Phantasm, fortunately. 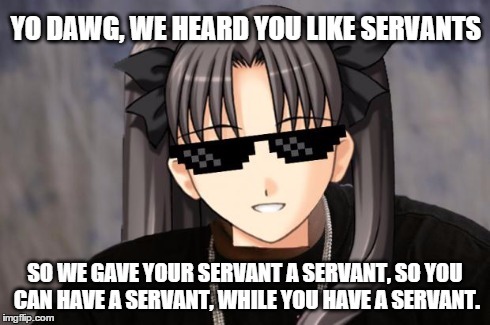 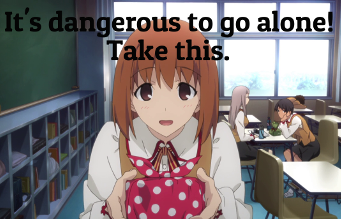 was just doing her own thing -you know, reblogging pictures of cute animals- when the Holy Grail War sort of just sucked her in. Not much has changed; she still reblogs fluffy rabbit pictures, but there is reason to believe that there is more to her than meets the eye.

Around the same time Gilgamesh had started his tumblr, Luvia had a somewhat similar blog without a 'motherfucking' title. Over time, the other MHGW participants treated her like an honorary motherfucker until her integration into the chat which convinced her to join the RP group. Is currently married to Ramesses II.

Fate/Prototype of Blue and Silver

If three kings weren't enough, Ramesses is the fourth king to participate in the MHGW. Holding the title King of Kings, he's a powerful Servant that can easily wipe a city of the map if he so wishes it. Currently married to Luvia.