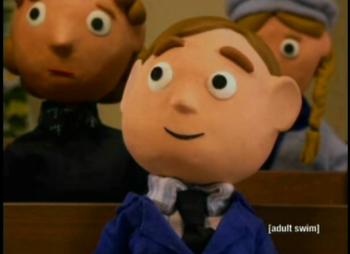 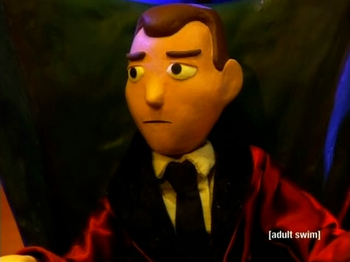 Orel's dad, who was abused by his own dad, Arthur, and Bloberta's alcoholic husband.
Bloberta Puppington 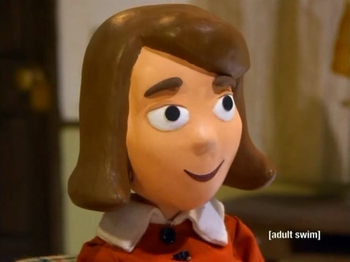 Clay's wife and Orel and Shapey's mom, who married Clay to keep from being the Christmas Cake and to get away from her own dysfunctional family....only to end up in an even more dysfunctional family in the process. She once had an affair with Coach Stopframe, who is the biological father of Shapey.
Shapey Puppington

Orel's little brother who's "off" in some way but it's not clear how.
Arthur Puppington 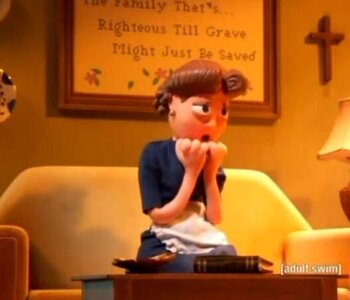 Clay's mom, who had ten stillbirths and passed on the "Lost Commandments" to Clay
Advertisement:

Voiced by: Jay Johnston; Scott Adsit (Season 3)
The fun-hating librarian who's obsessed with eggs and censoring what she finds "immoral" 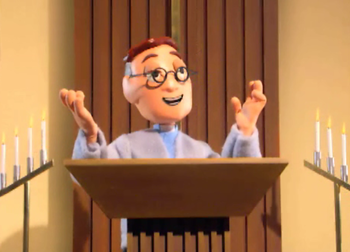 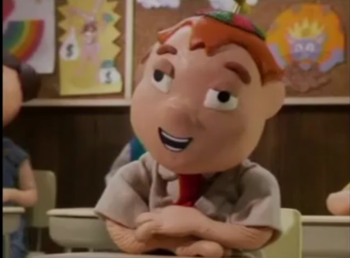 Voiced by: Britta Phillips
The atheistic owner of Buried Pleasures and the most rational person in the entire town. Also Rev. Putty's daughter. 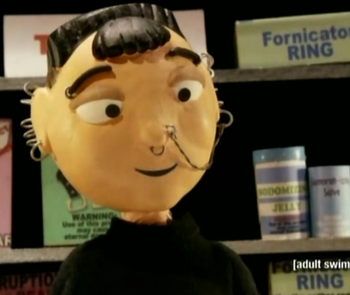 Voiced by: Britta Phillips
The schoolteacher who Doughy had a crush on and really doesn't seem to like her job. 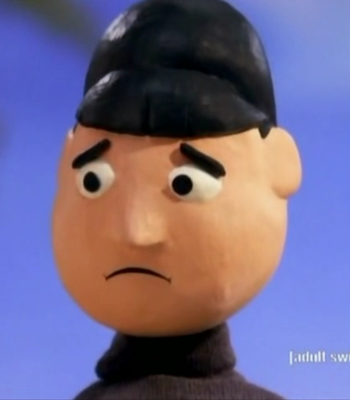 Voiced by: Britta Phillips
The Town Bicycle nurse of the school and the Moralton's hospital. Also, Joe's mom.

Voiced by: Scott Adsit
The town's gynecologist, who's obsessed with gore.

Voiced by: Jay Johnston
The School's principal who's in an affair with Nurse Bendy. 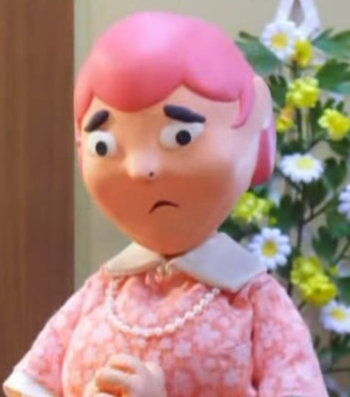 Voiced by: Britta Phillips
Florence's friend and she was more of a background character until "Sundays". 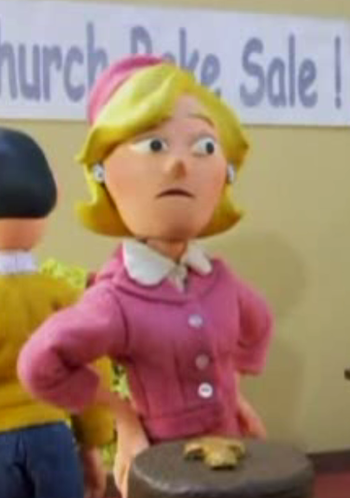 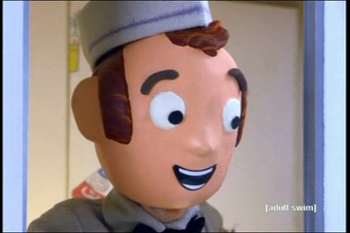