A high school student who is the object of Sakura's affection and also writes a shoujo manga under the pen name Sakiko Yumeno. Because of Sakura's talent with art, he recruits her as one of his assistants. Despite writing romantic stories, he has no real experience with love, mistaking Sakura's confession for an autograph request.

Nozaki is the author of Let's Fall In Love, providing the plot, the writing and main art. He writes based on his everyday experience with his classmates and assistants, basing characters of the manga on them and their personalities.

Our protagonist, who is in love with Nozaki. She tries confessing to him at the beginning of the manga, only to be mistaken by him as a fan of his shoujo manga. Sakura then starts helping Nozaki as his manga assistant. She is in the art club.

An excellent real-life portraitist on her own right, Sakura is considered Nozaki's main assistant, serving various functions in the manga circle, though mainly concentrating on inking.

One of Nozaki's assistants, mainly responsible for drawing effects and details in the backgrounds — and also the person Nozaki used as model for the heroine of his manga. Mikoshiba acts like a playboy but in reality is a shy guy, and is often spouting flirty lines around — only to immediately get embarrassed for having said them.

Sakura's classmate and friend, who's always being chased by teachers. She also offends people on a regular basis — whether she does it on purpose or not is hard to tell. She is in the choir club and has an incredibly beautiful singing voice, enough to make people refer to her as the "Lorelei" of the choir club.

Both Seo and Wakamatsu have Gender Bender characters based on them on Nozaki's manga.

A friend and rival of Mikoshiba's who is referred to as the "Prince" of the school. Despite being a bit of an airhead, Kashima can recite lines as flirty as Mikoshiba's and is very popular with girls, who are often surrounding her. She is also a talented member of the drama club.

Though not entirely based on her, Nozaki sometimes uses Kashima's princely personality to provide plots for the main Love Interest character in his manga, Saburou Suzuki.

A senior student who's also the president of the Drama Club. He helps Nozaki with his backgrounds anonymously in return for getting Nozaki to write scripts for the club's plays. He's a hard-working, good-natured guy, but he has little patience with others goofing off, messing around, or being bone-headed while working.

A tenth-grader in the boys' basketball club, who used to be Nozaki's junior in the basketball club during middle school. He's a sensitive sort, and gets deeply stressed by Seo barging around his life; unfortunately, he's also pretty naive, and has no clue how to deal with her. He has a crush on Lorelei of the choir club... who, unknown to him, is actually Seo.

It was actually thanks to Seo that he eventually became one of Nozaki's assistants; he kept staying at Nozaki's apartment due to Seo-induced insomnia and Nozaki had him doing screentones to make use of the time since his other assistants couldn't do it.

Another mangaka who lives in Nozaki's apartment building. 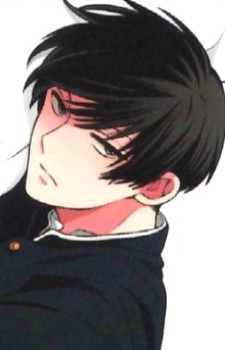 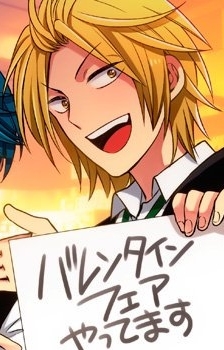 Seo's older brother. He attends the same university as Miyako and works part-time at a cafe. He has a crush on Miyako but is under the assumption that Nozaki is her Bastard Boyfriend thanks to their frequent gatherings to discuss their manga. 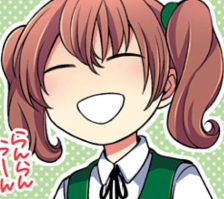 Nozaki's younger sister who studies in the same middle school as Mayu. As a shoujo manga fangirl, she's the one who inspired Nozaki into this genre. 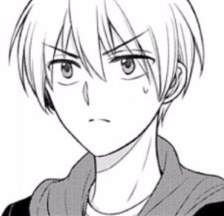 Sakura's little brother in middle school. He hears a lot about Nozaki from his older sister. 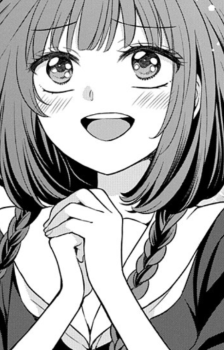 Kashima's younger sister, in middle school. Has been going to an all-girls' school all her schooling life, which leads to her having... interesting ideas about co-ed schools. 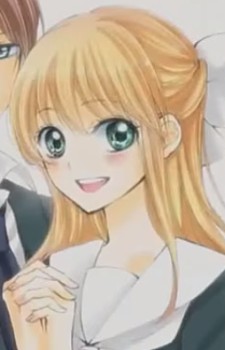 She is the heroine of Nozaki's manga. Her personality is based off Mikoshiba. 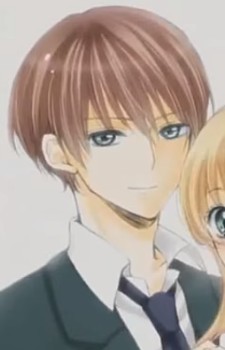 He is the love interest to Mamiko in Nozaki's manga.