Characters / MonsterVerse - US Government And Military

A U.S. senator who authorizes the trip to Skull Island. He is skeptical about the existence of giant monsters.

"Thank you for the Fifth Grade history lesson, Mr. Coleman. But we still haven’t heard one good reason why Monarch shouldn't fall under military jurisdiction or why these creatures shouldn't be exterminated."

A member of the U.S. Senate. 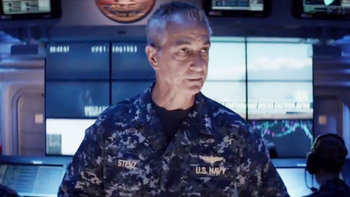 "I know you don't agree with this. But my first priority is to safeguard our citizens."

Appeared In: Godzilla, Godzilla: King of the Monsters

"I would not be asking anyone of you to take this leap if I did not have complete faith in your ability to succeed. Your courage will never be more needed than it is today."

The military senior officer in charge of the operations to combat the MUTOs. 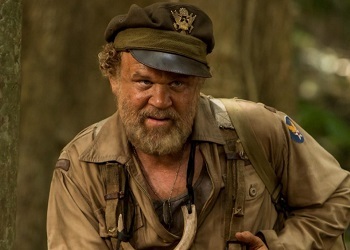 "The way they tell it for thousands of years, the people on this island lived in fear. That's a hell of a long time to be scared. And then, the damnedest thing happened. Some of the things they were afraid of started protecting them against the things that were eating them."

A World War II Lieutenant who spent 28 years stranded on Skull Island. He knows the creatures of the island, and he is a friend of the Iwi natives.