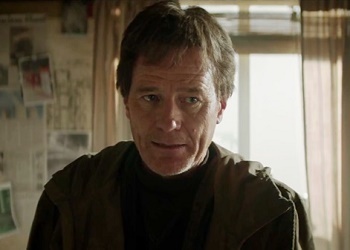 "This is what caused everything to happen in the first place! Can't you see that?! And it's gonna send us back to the Stone Age! You have no idea what's coming."
"You keep telling everybody that this place is a death zone, but it's not. You're lying, because what's really happening is that you're hiding something out there. I'm right, aren't I? My wife died here! Something killed my wife, and I have a right to know! I deserve answers!"

The American head of the Janjira nuclear plant that melted down in 1999. Obsessed with discovering exactly what happened during the plant's meltdown. 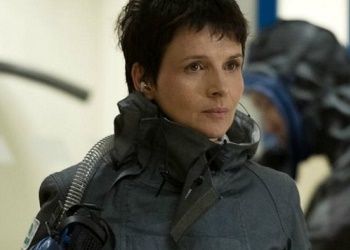 Joe's wife, and one of the engineers at the nuclear plant where he works. 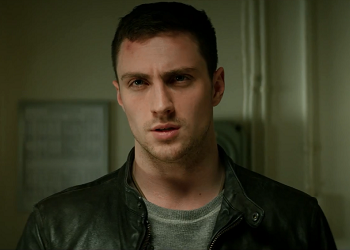 "Let me take you home. Come home with me. I got a little boy who's desperate to see his grandpa."
"Look, this is what I do. This is my job."

The only child of Joe and Sandra Brody. The primary human protagonist of the 2014 Godzilla film, he is a Navy bomb tech on leave when the events of the movie began. 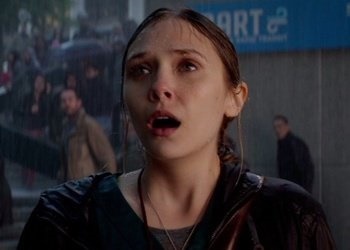 Ford's wife. She works as a nurse in San Francisco. 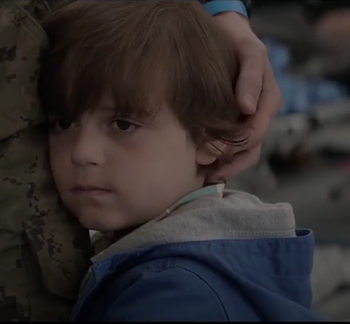 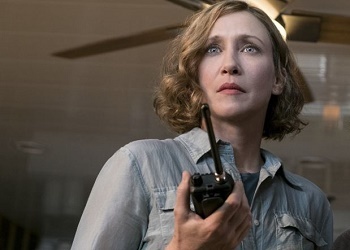 "Our world is changing. The mass extinction we feared... has already begun... and we are the cause. We are the infection. But like all living organisms, the earth unleashed a fever to fight this infection. Its original and rightful rulers... the Titans. For thousands of years... these creatures have remained in hiding around the world. And unless all the Titans are found... our planet will perish, and so will we. They are the only guarantee that life will carry on."

Mark's ex-wife, and Andrew and Madison's mother. Monarch's chief paleobiologist and director of Bioacoustic Studies, the discoverer of Mothra, and the co-inventor of the ORCA. 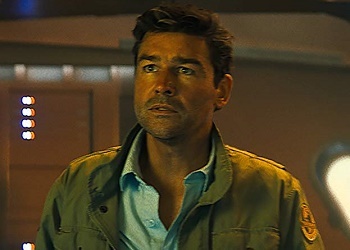 "You are out of your goddamn mind!"
"No, this time we join the fight." 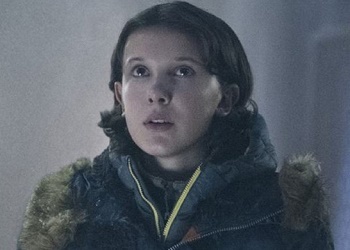 "You said we were doing this to help people!"
"You said that you were gonna be careful. That you'd release them one at a time, that you would restore balance!"

Emma and Mark's 12-year-old daughter, and Andrew's younger sister who survives after him. 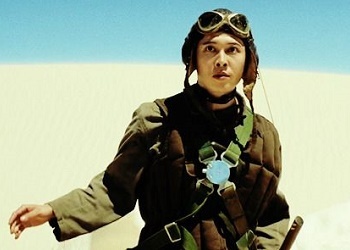 A World War II Japanese pilot who got stranded on Skull Island with Lieutenant Hank Marlow. 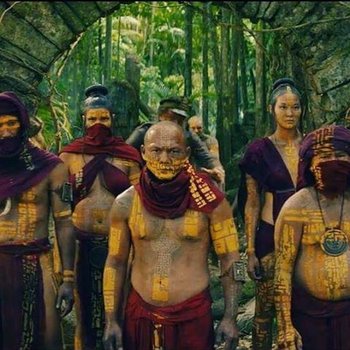 The human natives of Skull Island. They worship Kong as a guardian god and fear the Skullcralwers. They took in Marlow and Gunpei and later provided shelter to half of the Monarch expedition.

"Greetings, searchers. You have come at last."

Appeared In: Skull Island: The Birth of Kong

The leader of the Iwi during Aaron's 1995 expedition to Skull Island. He takes them in after Kong saves them from their violent run-in with Death Jackals. 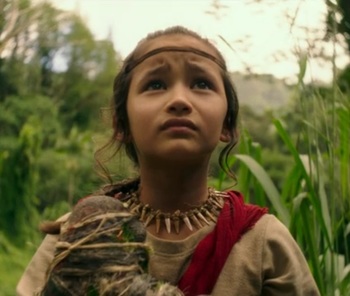 Appeared In: Godzilla vs. Kong, Kong & Me

A young Iwi girl who forms a close bond with Kong, communicating with him via sign language.

A corporation invested in technological advances and the human mind, who are hiding a "sinister" corporate conspiracy that is connected to Godzilla's rampage.
Walter Simmons 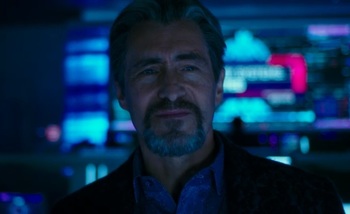 The billionaire head of Apex Cybernetics who orders and oversees their secret project. 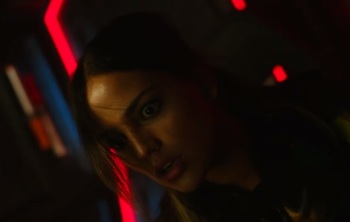 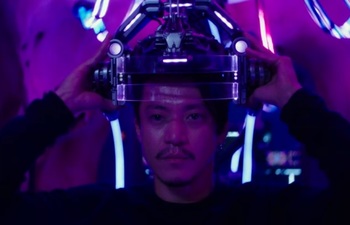 The son of the late Dr. Ishirō Serizawa, who works for Apex Cybernetics as their chief technology officer.

A young Japanese boy who's separated from his parents on a monorail in Honolulu just before Godzilla and the male MUTO surface.
Alan Jonah 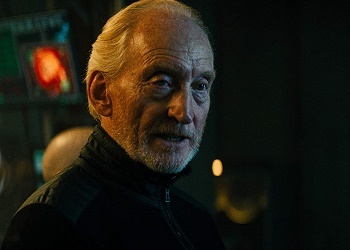 "Long live the King."
"Listen, while you were sitting comfortably in some laboratory, we've been fighting for decades in one dirty war after another. I've seen human nature firsthand, and I'm here to tell you that it doesn't get any better. It just gets worse. So, I'm sorry that Monster Zero isn't exactly what we were expecting. But we opened Pandora's Box and there's no closing it now." 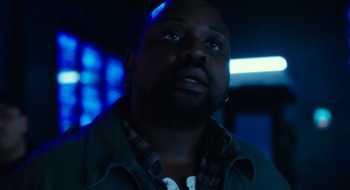 A Conspiracy Theorist who is using his maintenance job at Apex to investigate them due to their shady activities. He aids Madison and Josh in investigating the cause of Godzilla's rampage. 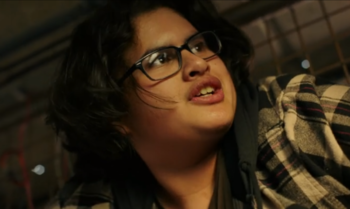 A young boy who allies with Madison and Hayes investigating what is causing Godzilla's rampage.