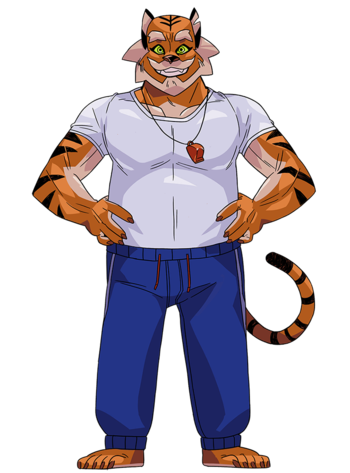 The coach and PE teacher at Spooky High.

In Monster Camp, he is one of the camp counselors.

The giant arachnid in charge of Spooky High. 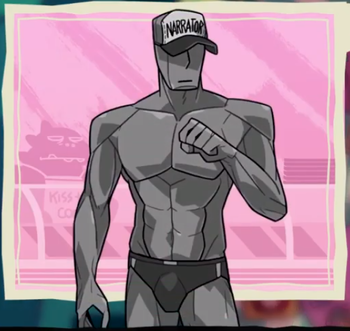 The little voice in the player's head that narrates their attempts to woo a date for prom. 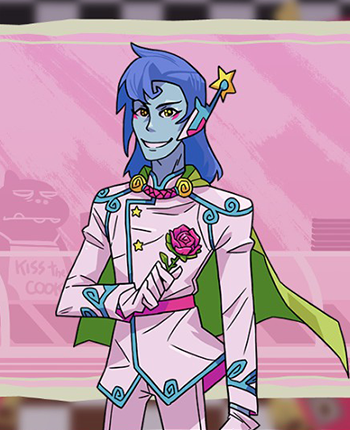 A prince from another dimension that constantly opens up portals to pull your romantic interests to him and tries to start complicated plots. 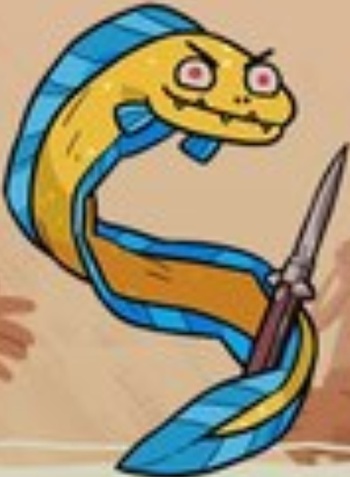 His appearance when Miranda isn't there
Voiced by: Sean William McLoughlin 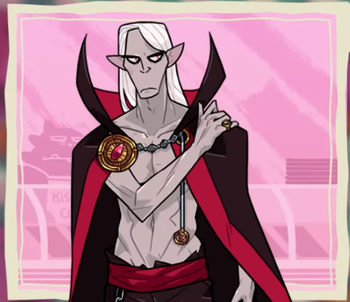 A brooding vampire who wants you to join The Dark Side. Doesn't seem to attend any classes, but considers the school to be a good place to recruit members...as well as occasionally antagonize the Coven.

In Monster Camp, he appears as a member of Camp Rival Camp. 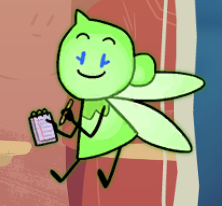 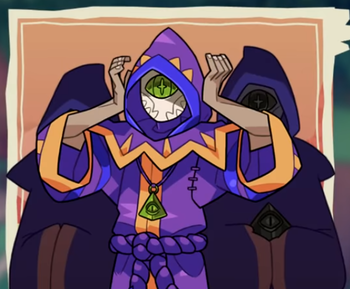 Introduced in the Second Term DLC, they're a group of cultists who worship Z'Gord and have not adapted to the fact that she is now a fanfic-loving teenager named Zoe. 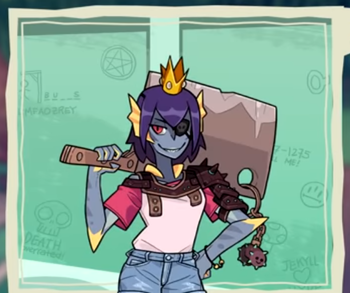