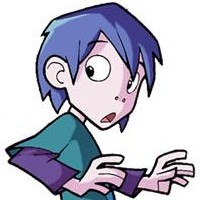 Zick is the main hero of the series. A young loner with allergies, Zick is called weird by everyone else. He is a Monster Tamer. 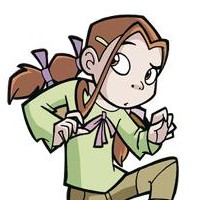 Elena is the main heroine of the series. She is Zick's best friend. She later becomes a Monster Keeper. 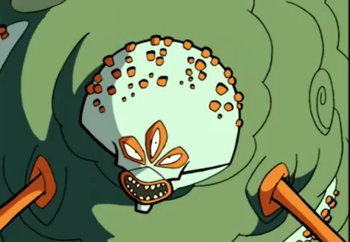 "Frighten my enemies on this trip because fear is what drives out enemies."
Voiced by: Roberto Draghetti (Italian), Al Goulem (English)

Magnacat is the main villain in season 1. He is the president of Pyramid Inc., but in reality, he is a shape-shifting Gorka. His main plans are attempting to take over Bibbur-Si.

"You're brave to take on the Moog Magister?"

Moog Magister is the main villain in season 2. He is the lord of the Anguanes.

"I will have my revenge, or my name isn't Sinestro!"

Hector Sinestro is the main villain in season 2. He is a Dark Tamer who tries to get revenge on Zick's father, Zob. 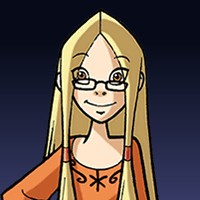 "As a Keeper, I have the gift of Sight. I can pass this into few chosen people, and you, Elena, are one of them."
Voiced by: Alessandra Korompay (Italian), Pauline Little (English) 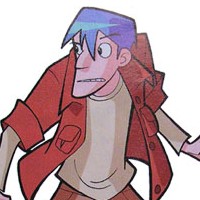 Elena's mother. Later in the series, she gave birth to twins, a boy and a girl (in the comic book series, their names are Charlie and Violet).

Elena's pet rabbit. In the comic book had a run-in with a Digesting Plant, with long-term effects. 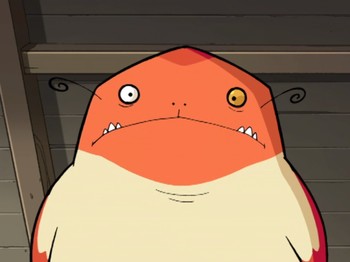 One of the monsters in Zick's house under the supervision of Timothy, and later by Jeremy. He likes eating Zick's shoes, and cries when taking a diet. His crime is ignoring his diet and stealing some cakes.

(After being put back together) "Thanks. Uh... you forgot to put my eye in." 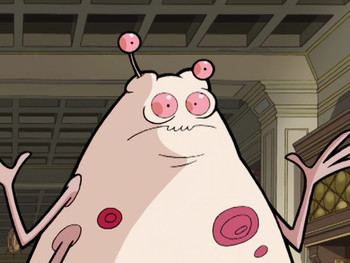 Snyakutz Bu is another monster in Zick's house under the supervision of Timothy and later by Jeremy. His crime is littering (leaving pieces of himself everywhere).

"Perhaps some music will calm [Jeremy] down." 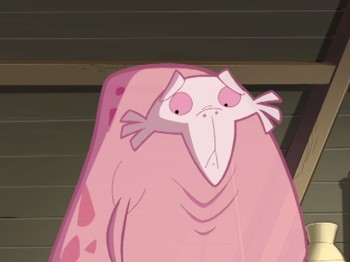 A Bobak, yet another monster in the Barrymore's Detention Oasis. His crime is playing violin horribly out of tune. 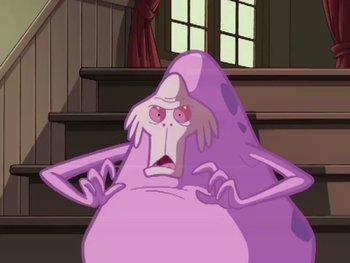 Also a Bobak, and another monster in the Barrymore's Detention Oasis. His crime is telling make-up stories and lying.

"When a Tutor of your status seeks out a hunter of my status, it’s because there’s some trouble ahead." 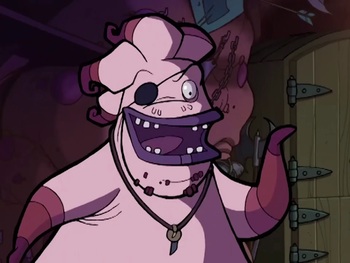 The legendary Gorka-hunter in Bibbur-Si. He is a Gingi with an eyepatch on his right eye.

"Ladies and gentlemen, the king of showoffs has arrived! I give you...Chumba Bagingi! Thank you! Thank you!" 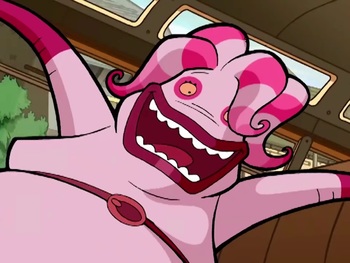 One the monsters under Lardine's Detention Oasis. He is an exhibitionist, a monster who makes himself visible to humans. He escaped when Lardine was resting in Elena's House. He was saved by Zick and Elena from two Dark Phantoms, and later was captured by Zick.
The Tutors 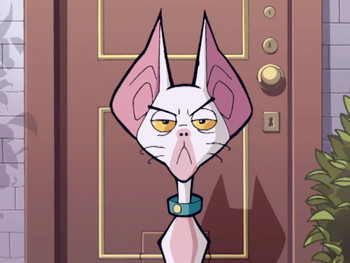 "As you can see, things are very different in the world of Monsters—their crimes are very bad—but as their Tutor, I will re-educate and protect them!"
Voiced by: Oliviero Dinelli (Italian), Michel Perron (English)

Zick's cat and Tutor. A very mysterious and sarcastic being, but a great help to Zick. He is the leader of the Barrymore's Detention Oasis. 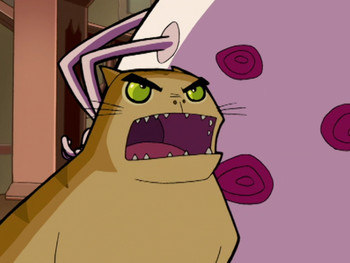 "I don't want to see your ugly mugs loafing around this house again! This is an oasis of detention, not an amusement park for Monsters! And starting right now, that is exactly how it's going to be run!"
Voiced by: Ambrogio Colombo (Italian), Terrence Scammell (English)

One of the four Maximum Tutors. Strict and mean, Jeremy replaces Timothy as the leader of the Barrymore's Detention Oasis after the latter broke many of the rules of Bibbur-Si. Later, he steps down from that position, allowing Timothy to return, and, in season two of the animated series, becomes the leader of the Ancient Armory.

The only female cat and Tutor (in the cartoon). She is in charge of the Detention Oasis at Port Reef. 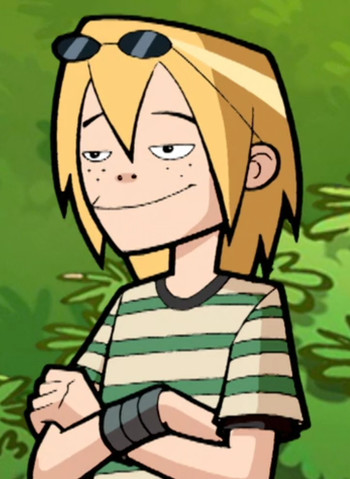 A 14 year-old Tamer, and one of Zick's friends. He is a show-off, arrogant and boastful to anyone. He sometimes respects Zick, but not Elena that he always call her Potato.

A 14 year-old female Tamer, one of Zick's new friends. She is admired by the young male Tamers, including Teddy and Zick, a reason that Elena is a bit jealous of her.

A new young Tamer in the Ancient Armory, and a new character in the second season of the animated series. He is very handsome and popular among the girls in the Armory especially Elena and Lay, which made Zick a bit jealous of him.

Patty and Mattie are the two school journalists who tease Elena for hanging out with Zick.

David is a bully who picks on Zick, but stops bullying him once he becomes Annie's friend.

An ex-Tutor Maxim out of the job because of abusing power.