Characters / Monday Begins on Saturday
aka: Tale Of The Troika

Here is a list of characters appearing in Strugatsky Brothers' novel Monday Begins on Saturday and its sequel, Tale of the Troika.

Note: All character images on the page are the beloved "canon" illustrations by Evgeny Migunov, who illustrated the Soviet edition of the book in 1965 and reworked and updated some of the illustrations in 1979. 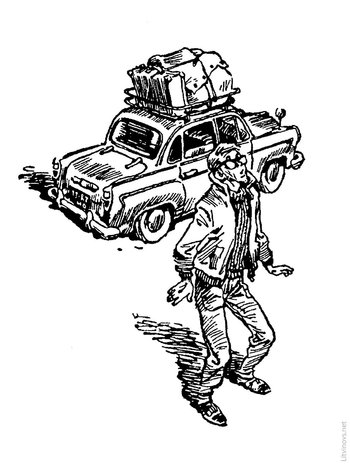 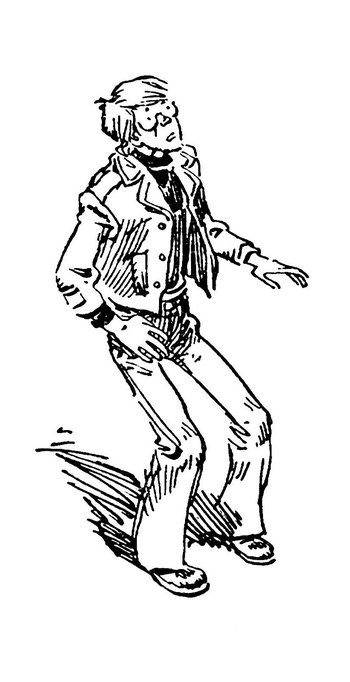 1979 version
The protagonist and narrator. A young, erudite and curious programmer from Leningrad, he went on vacation to the northern town of Solovets, unaware that this trip would change his life forever.
Roman Petrovich Oira-Oira 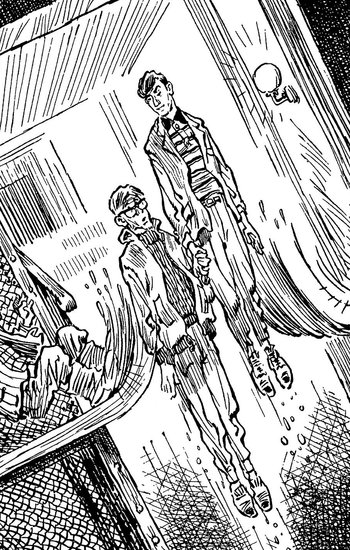 With Sasha Privalov. (This is what transgression looks like, apparently.)
A young but already prominent mathemagician. Editor-in-chief of the wall newspaper.
Advertisement: 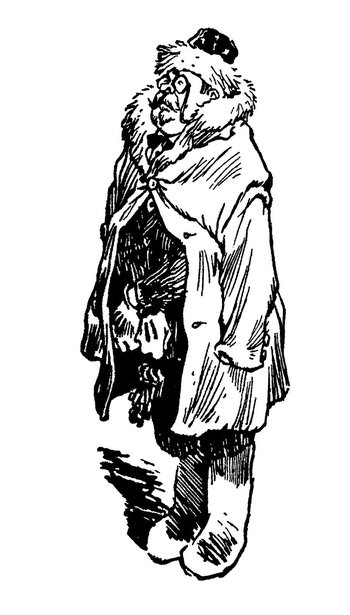 Head of the Department of Linear Happiness, famous for his turbulent past and optimistic outlook on life. Edik Amperian's boss.
Cristobal Joseevich Junta 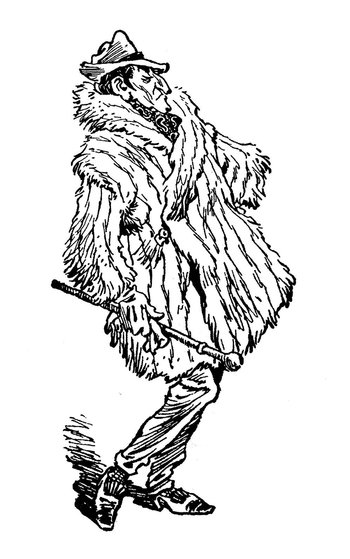 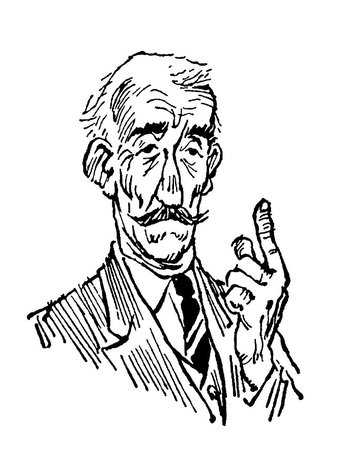 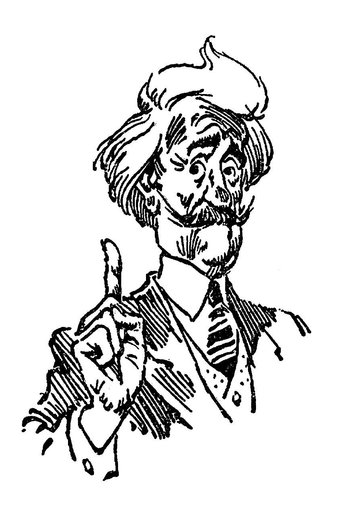 1979 version
The Institute's ideal director — one person in two. The slightly younger-looking one (A-Janus) is a rather ordinary administrator, and the older-looking one (S-Janus) is an internationally renowned scientist. 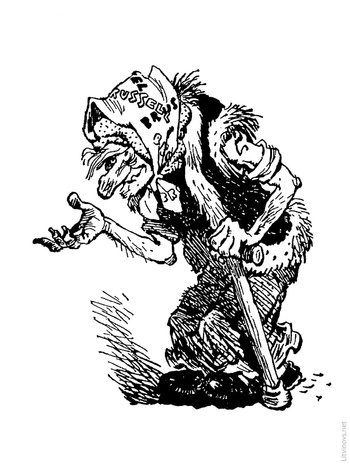 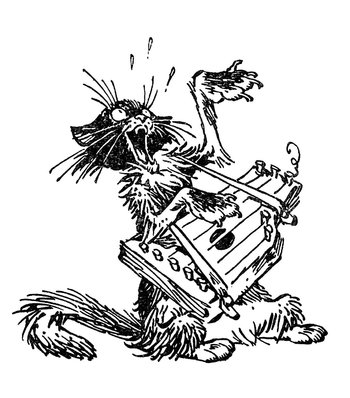 A moody talking cat, and Naina's familiar. Knows stories and songs from all over the world, but never more than partially.
Ambrosi Ambroisovich Vybegallo 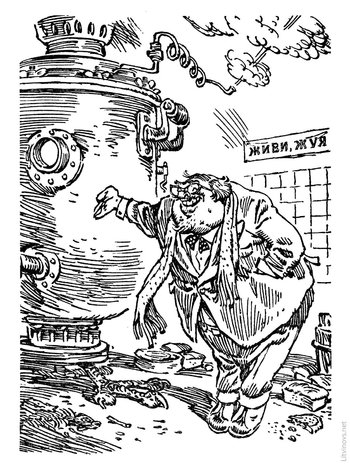 A cynic and a fool, he exploits the public's erroneous idea of fundamental science to promote his own insane, unscientific and dangerous experiments and ideas.
Merlin 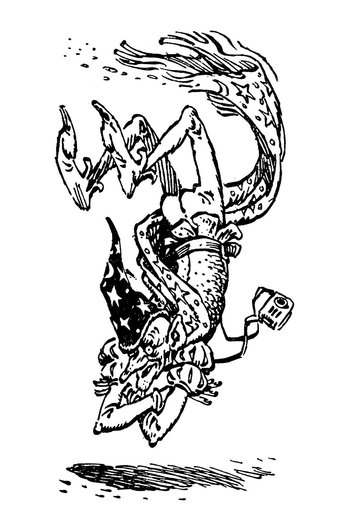 A vain and unscrupulous old relic from the Department of Forecasts and Prophecies.
Stella the witch 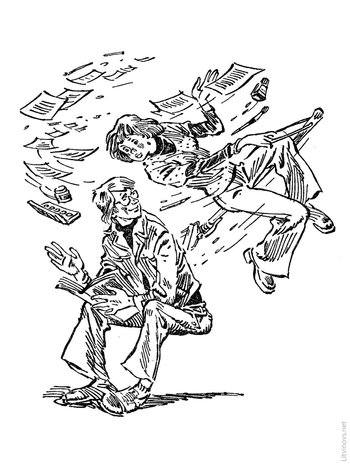 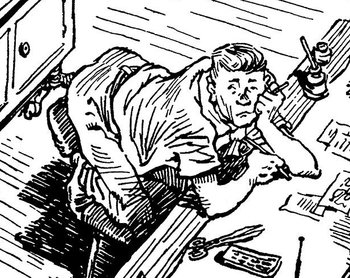 A movie technician who somehow ended up at NITWiT. Artist and designer for the wall newspaper.
Photon the parrot 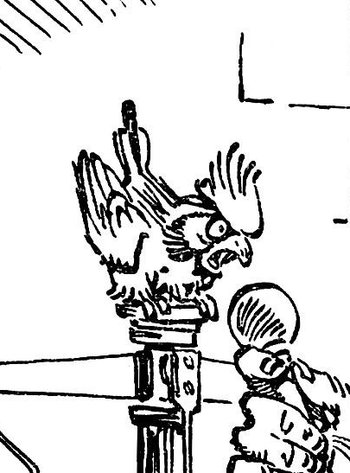 A small green bird which the main characters meet in part 3, and whose fate is intricately linked to that of Janus Poluektovich.
Aldan-3
The computer Sasha works on. Sentient and animate.

The Solovets militia (Lieutenant Sergienko and Sergeant Kovalyov)
Two servants of the law Sasha Privalov runs into while experimenting with the unchangeable coin.
G. Pronitsatelny & B. Pitomnik
Two science journalists who make a name for themselves and Vybegallo by reporting his discoveries (and misreporting everybody else's).

Alternative Title(s): Tale Of The Troika